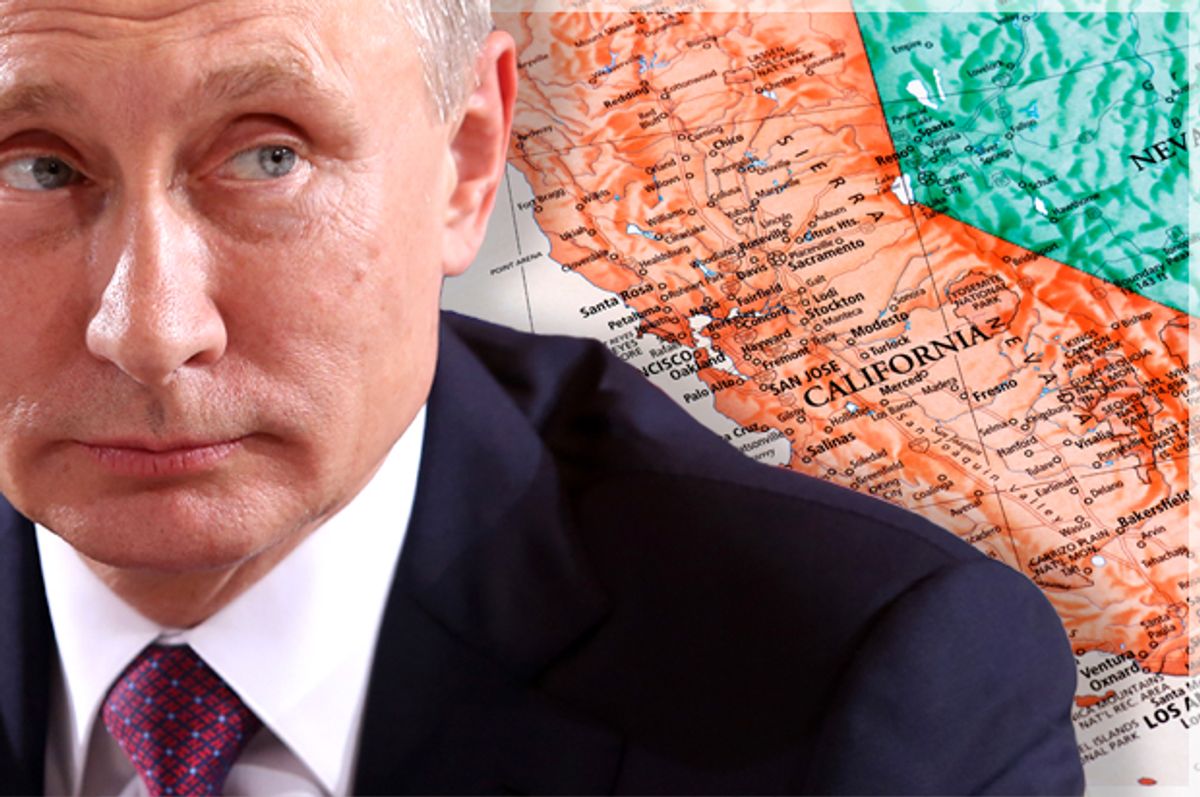 The long-shot odds of California becoming its own country worsened on Monday as the leader of the most prominent organization backing secession has formally resigned.

In a statement to supporters, Yes California president Louis Marinelli said that he plans to withdraw the initiative he has been trying to get onto ballots for the 2018 election. Instead, will apply to become a citizen of Russia, a country in which he has previously lived and one that has provided significant financial support to the "CalExit" movement.

"As I have stated in the past, I do not wish to live under the American flag. I do not wish to live under the American political system or within the American economic system. Regardless, I had long planned to eventually return to occupied California and struggle for her independence from the United States so we could build the kind of country that reflects our progressive values. However, while my frustration, disappointment and disillusionment with the United States remains, these feelings now point me in a different direction. I have found in Russia a new happiness, a life without the albatross of frustration and resentment towards ones’ homeland, and a future detached from the partisan divisions and animosity that has thus far engulfed my entire adult life.

Consequently, if the people of Russia would be so kind as to welcome me here on a permanent basis, I intend to make Russia my new home."

Marinelli also blamed "anti-Russian" hysteria for hampering his organization's ability to get support: