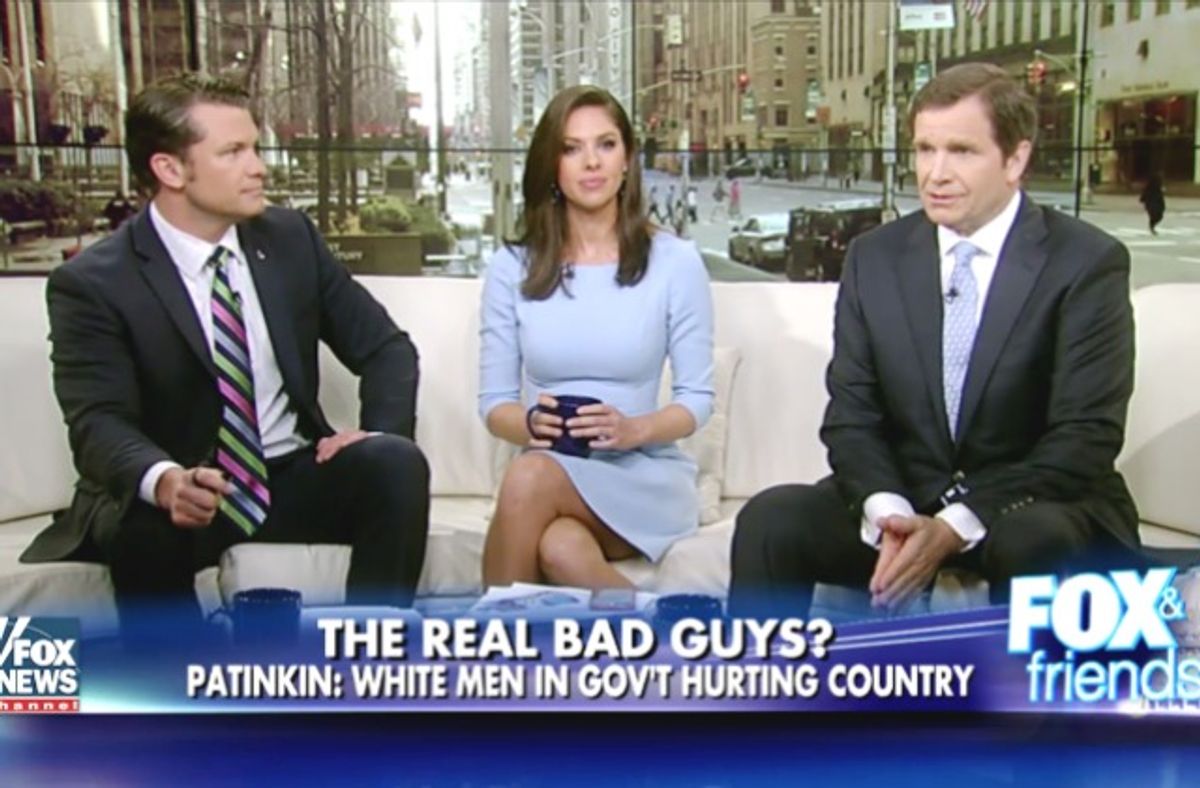 Fox News lectured Muslims about ways they can supposedly separate themselves from extremists. What could possibly go wrong? Anchor Jon Scott had some words for Muslims who seek to avoid negative portrayals in Hollywood films recently: "Maybe don't burn people alive and set off bombs and things like that."

Scott was on "Fox and Friends" on Easter Sunday, along with co-hosts Pete Hegseth and Abby Huntsman, and discussed comments by "Homeland" star Mandy Patinkin in a recent interview. Patinkin was discussing criticisms that his show "Homeland" had received for being Islamophobic.

“Particularly in season 6, we have tried to be part of the cure, not part of the problem," Patinkin had said in a recent interview with MSNBC's Chuck Todd. "A different storyline where we’re helping these people and a storyline that shows in this case, in this year, in this season, that maybe it’s the — and it is — the white men in government and the military establishment that are the bad guys, not the Muslim community."

Patinkin's comment did not go over well with the hosts on Fox, who staunchly disagreed.

Huntsman added that she doesn't know of any show that she watches today that doesn't have a political agenda.

Scott chimed in as well, adding, "They're going to run the Boston Marathon tomorrow, right? Do we remember who the bombers of the Boston Marathon were? I mean — just an aside to the Muslim community: If you don't want to be portrayed in a negative light, maybe don't burn people alive and set off bombs and things like that."