One-woman protest: At 18, she knew no other undocumented immigrant Dreamers 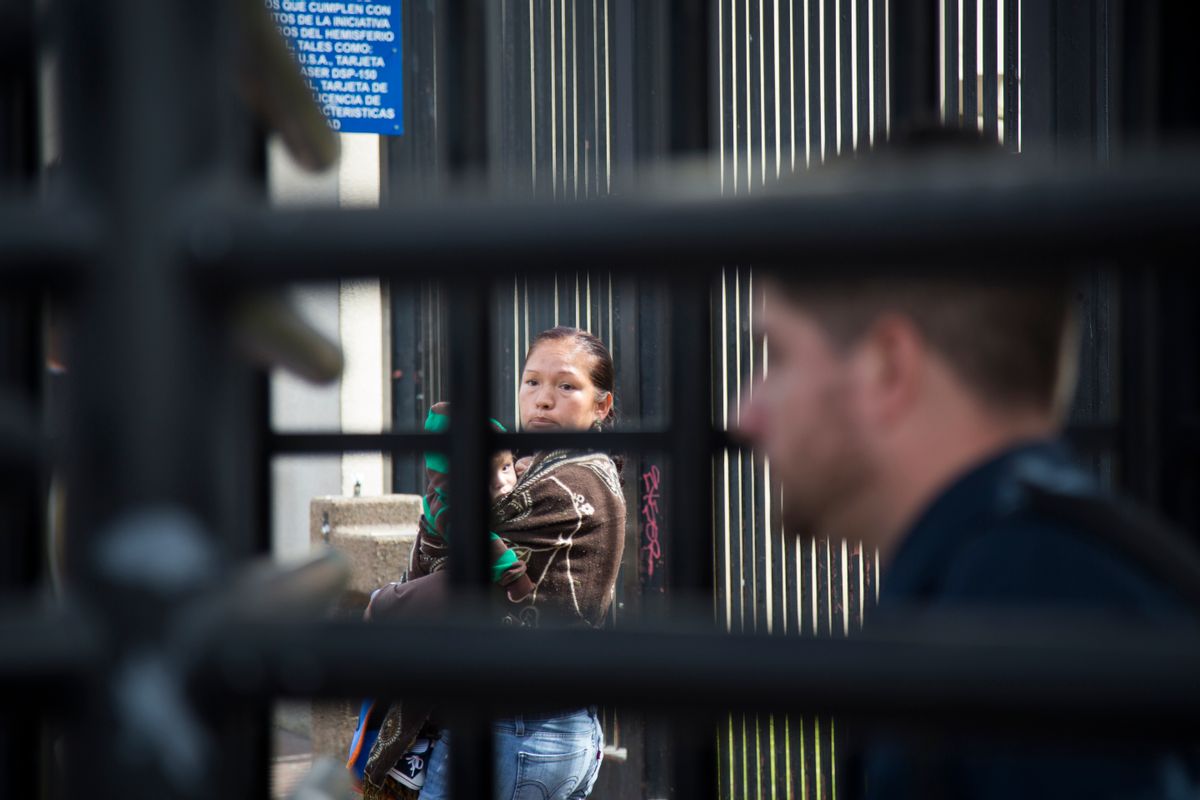 Immigrant rights activist Elvira Arellano leads the way through the metal turnstyle into the United States where she planned to ask for asylum in Tijuana, Mexico, Tuesday, March 18, 2014. Arellano and another 20 Mexican and Central American migrants crossed into the United States from the border city of Tijuana as part of a protest to demand an overhaul of U.S. immigration laws and an end to deportations. () (AP Photo/Alex Cossio)
--

Gloria Rinconi's life changed forever when President Obama asked, in 2012, for all Americans to put themselves in her shoes.

"I was a freshman in high school and after one of my dance practices I went to McDonald's, and I saw on TV when Obama went on addressing the country about his [deferred] action," Rinconi told AlterNet.

Obama announced that the shadow of deportation would immediately be lifted for "Dreamers" like Rinconi who as children, had immigrated to the U.S. without documents.

"They were brought to this country by their parents, sometimes even as infants, and often have no idea that they’re undocumented until they apply for a job or a driver’s license, or a college scholarship," President Obama said. "Put yourself in their shoes."

Born in Arcelia, Guerrero, Mexico, Rinconi came to the U.S. with her parents when she was just a year old.

"Even though both of my parents ran a successful business and my mom had a college education, the violence and underemployment was no future for us," she explained in a New York Times op-ed earlier this year.

"They always told me 'just because you were not born here does not mean you are any less,'" she recalled. "Those words became my rock when I was in high school. During this time, DACA [Deferred Action Childhood Arrival] was put into place [and] gave me the wings I had hoped for all my life when I was in school."

Rinconi is now a 19-year-old medical assistant and biology major at Richland College in Dallas. She is a contributor to My Undocumented Life, an organization that provides resources for undocumented youth across America.

"My scholarship is unique in the sense that it's only for DACA/TPS [Temporary Protected Status] people, so we met through there," she explained.

Rinconi was raised in Tyler, Texas, nearly 100 miles from Dallas. She did not anticipate Donald Trump's presidential win, given the resistance in cities, where she has spent much of her life.

"My high school economics teacher was a Trump supporter when Trump was still running; he didn't like me that much," she joked. "He would always try to outsmart me in debates in class or try to counter-argue my points."

On Election Day, one of Rinconi's closest friends voted for Trump.

"I just didn't want to think about it, since it hurts to know that," she said.

The two no longer speak.