Sad! The Easter Bunny is the only celebrity at President Trump’s first Easter Egg Roll 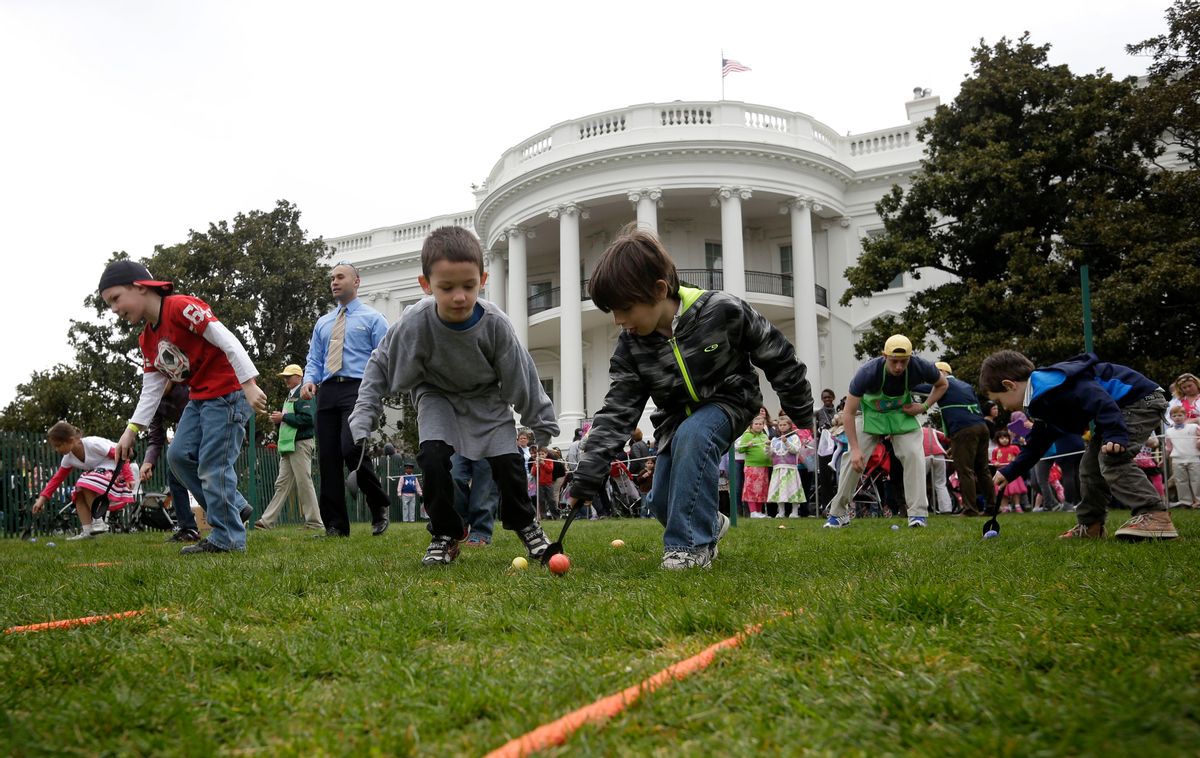 No matter what your stance on President Donald Trump is, you have to have a little sympathy for any person trying to fill Obama’s shoes — especially around Easter time.

Politics aside, Obama somehow managed to establish himself as the de facto “cool” president who counts Beyoncé and Lin-Manuel Miranda among his many friends. As a result, most Obama-hosted events and parties were star-studded affairs that drew big crowds.

More than 35,000 people showed up to last year’s White House Easter Egg Roll, while an estimated 21,000 guests will be at this year’s event. Although Stephanie Grisham, Melania Trump’s communications director, told The Washington Post that the crowd was small by design, the low attendance forces us to wonder: Did Trump’s team intentionally keep the shindig small because they feared a repeat of Inauguration Day?

Trump’s inauguration was just sad when you compare it to Obama’s. The current president couldn’t convince any celebrities to attend, book any musicians to perform (except the Mormon Tabernacle Choir, who lost several members after the group accepted the inaugural invitation) or fill the space with attendees.

The whole thing was made worse when press secretary Sean Spicer claimed that the Jan. 21 event had “the largest audience to ever witness an inauguration, period, both in person and around the globe.” Spicer’s alternative fact would only be fact in an alternate reality, as media outlets were quick to point out.

Trump’s first Egg Roll mirrors inauguration in more ways than one. Queen Bey made a surprise appearance at last year’s. Other guests included athletes from the NBA and Washington Redskins, and Idina Menzel, who sang the National Anthem. The act for 2017 is the Martin Family Circus, a six-person band from Nashville.

“The focus this year is on the quality of the children’s experience,” Grisham told Politico. How likely is it that children will prefer the Tennessee family band to Menzel, the star of Disney’s “Frozen?” Not very likely.

The rest of the day has, so far, gone as expected. Melania kicked off the event with a welcome message: “This is the first time that my husband and I [are] hosting this wonderful tradition. And it’s great that you are all with us today. I hope you have a great time with many activities.”

The Trumps and their son Barron watched the Egg Roll, with Trump blowing the opening whistle, and signed decorated cards for veterans. The First Lady and Spicer both read to the children as well.

About 40,000 eggs were ordered this year, 18,000 of which will be given away at the event, according to the White House Historical Association. The other 22,000 eggs were made available to purchase.

Trump’s first Easter Egg Roll may not be the utter disaster it was shaping up to be, but it probably won’t be anything to write home about either.