Trump is scared of Jon Ossoff: The president blasts Democratic candidate ahead of Georgia's special election 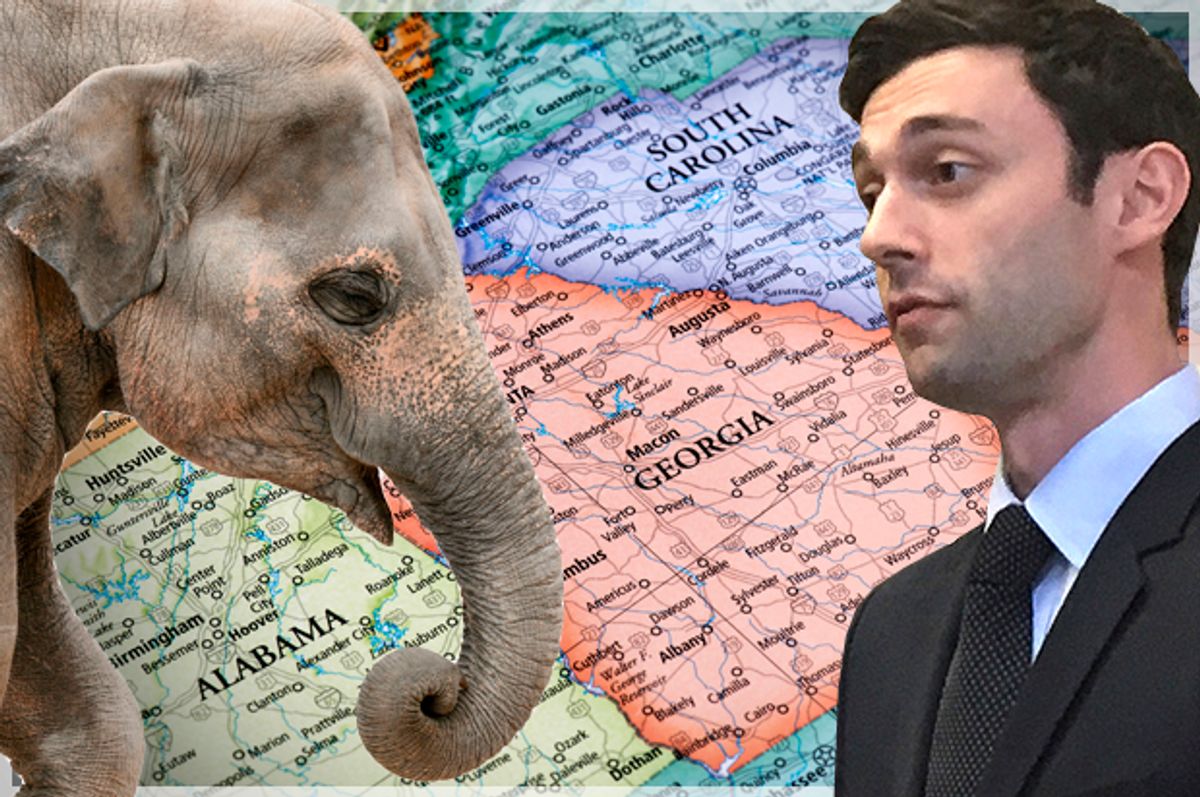 President Donald Trump is once again trying to promote a Republican congressional candidate (this time attacking his opponent via Twitter) and depress Democratic turnout ahead of a special election. This time Trump has targeted the Democratic candidate for Georgia's 6th Congressional District, Jon Ossoff, without using his name.

Trump used Twitter as a means of publicizing baseless claims against the 30-year-old leading the crowded pack of candidates vying to take Tom Price's old seat in Congress. The Republican vacated the seat in February to serve as Trump's secretary of the Department of Health and Human Services. The special election will be held on Tuesday, for a seat that hasn't been held by a Democrat since the 1970s.

In yet the latest obvious effort to defame his political opponents, Trump depicted Ossoff as someone who wants to "protect criminals."

Trump offered no evidence to back up his claims. Surprisingly enough, the president's claims can be easily refuted after doing some minimal research on Ossoff's campaign website.

Regarding criminal justice, the website reads, "When it comes to crime in America, we need to rethink our priorities. Jon is an experienced investigator who has successfully targeted organized criminals and corrupt officials."

Ossoff's primary principle on criminal justice reform seems to be quite on par with the opinion of a majority of the public: Seventy-nine percent of those surveyed in a February 2016 poll agreed all mandatory minimum sentences should be eliminated in drug cases.

Concerning taxation, one of Ossoff's priorities involves making life easier for small-business owners. "Jon will work in Congress to reduce the tax burden on small businesses and simplify small business tax filing," another area of his website says. "He will work to repeal wasteful, anti-competitive special interest subsidies that make it hard for entrepreneurs to raise capital, enter the market, create jobs, and compete with larger firms who have lobbyists in Washington."

Trump and the GOP appear to be panicking over the prospect of Ossoff flipping the traditionally red district. The Congressional Leadership Fund has resorted to baseless fearmongering so as to activate a strong GOP wave against the surging Ossoff.

In response to the president's social-media attack, Ossoff released a statement: