WATCH: Bernie Sanders’ mission for free college on the verge of reality

New York is the first state to offer free tuition for four-year public universities. Are more to come? 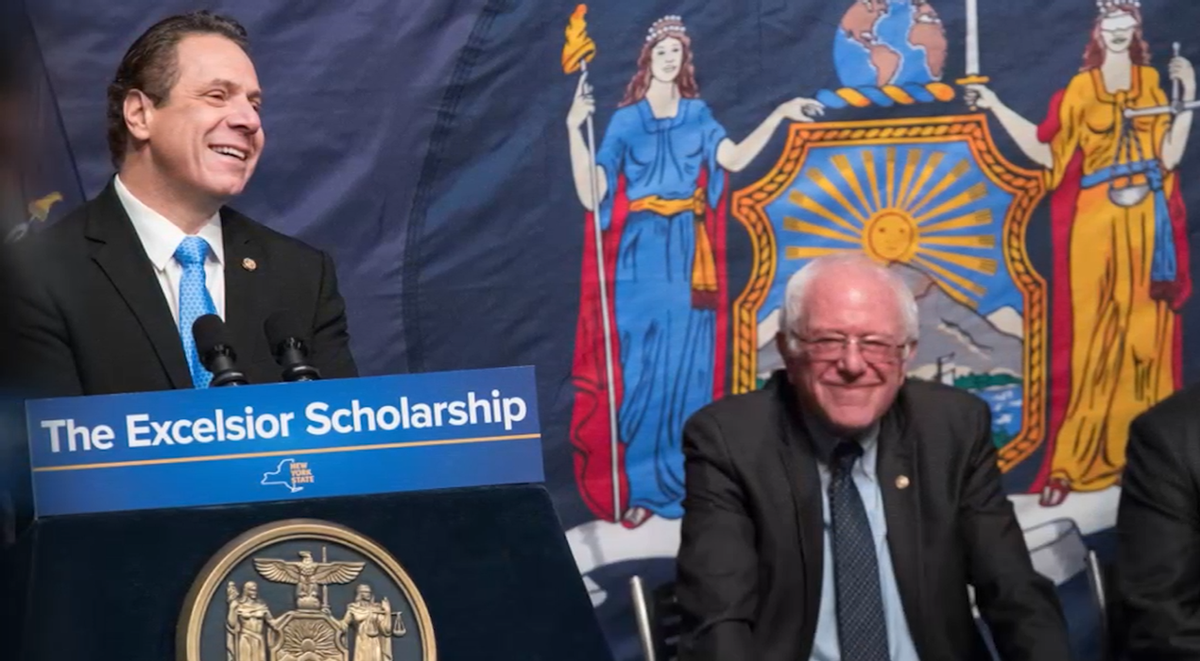 This fall the new Excelsior Scholarship program will make tuition free for some New York students.

The scholarship will benefit students attending City University of New York (CUNY) and State University New York (SUNY) schools with two or four-year programs. Recipients must be New York residents for at least one year with an annual income of less than $100,000. The program will be phased in over three years, with the income cap increasing to $110,000 next year, and $125,000 in 2019.

The program does has stipulations. Students must take at least 30 credit hours per academic year. After graduation, students must continue to work and reside in New York for as many years as they received funding, or the scholarship will be modified to a loan. Room, board and fees are not covered.

Earlier this month, education advocate Senator Sanders introduced his College For All Act bill, which enact funding to cover tuition and fees at any four-year public college or university for students whose families make up to $125,000 a year. Community college tuition and fees will be free for all. The act will also lower all student loan interest rates from 3.76 percent to 1.88 percent and enable existing borrowers  to refinance student loans at the lowest interest rate possible.

While in attendance of the Excelsior announcement, Senator Sanders stated, “If New York state does it this year, mark my words, state after state will follow.” Free community college tuition programs are already in place or in the works in Tennessee, Oregon and San Francisco. Rhode Island is currently considering a free tuition plan as well.