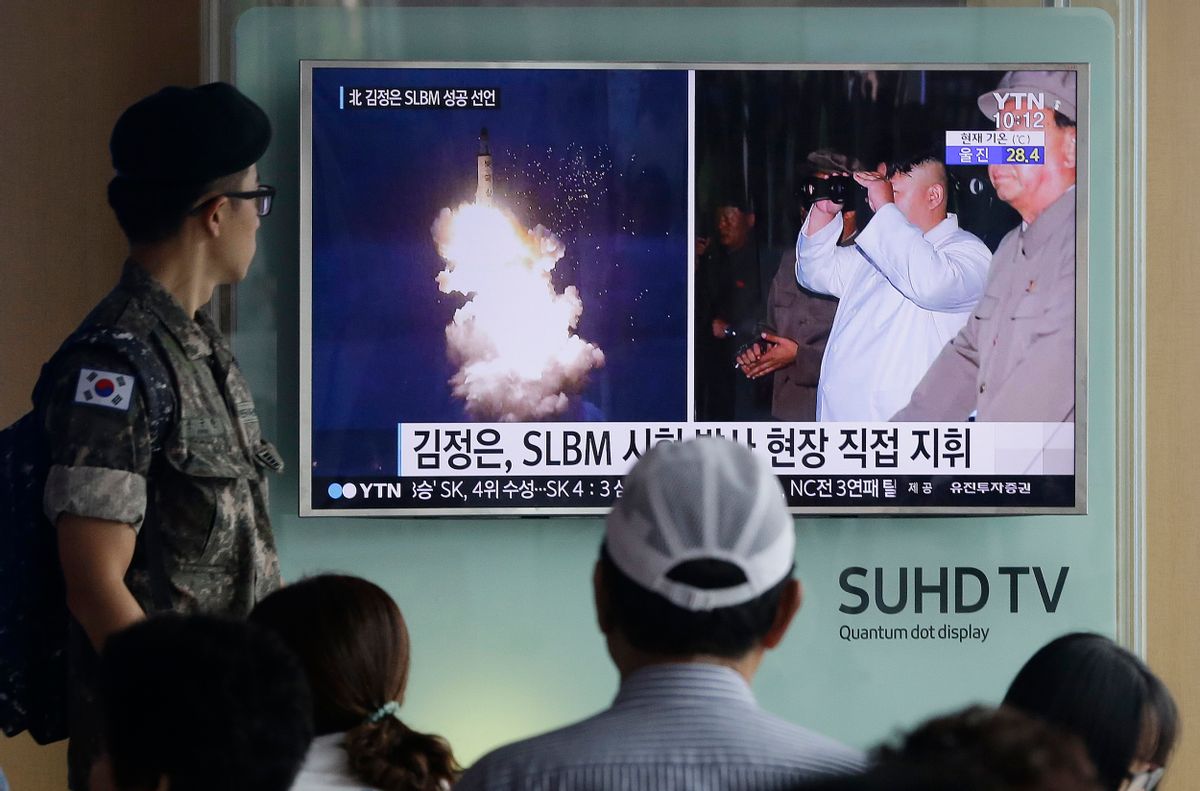 The vice foreign minister suggested that the U.S. should prepare for an "all-out" war if the U.S. tries to intervene in the tests.

"If the US is reckless enough to use military means it would mean from that very day, an all-out war," he said.

Since President Donald Trump became the commander in chief, North Korea has ratcheted up its missile tests, along with its antagonistic rhetoric. Yet North Korea has continued to paint the U.S. as the aggressor.

"If the U.S. is planning a military attack against us, we will react with a nuclear pre-emptive strike by our own style and method," Han said.

Secretary of State Rex Tillerson has had some choice words for Pyongyang since joining Trump's Cabinet, but North Korea has seemed eager to test the waters with the new administration by ramping up its military tests.

Earlier this month, a senior White House official told reporters that “the clock has now run out, and all options are on the table” with North Korea, according to a report by CNN.

Vice foreign minister Han told  the Associated Press last week that North Korea was prepared to handle a war with the U.S.

“Whatever comes from the U.S., we will cope with it. We are fully prepared to handle it,” Han said.