President Trump called to congratulate Erdogan on the Turkish referendum 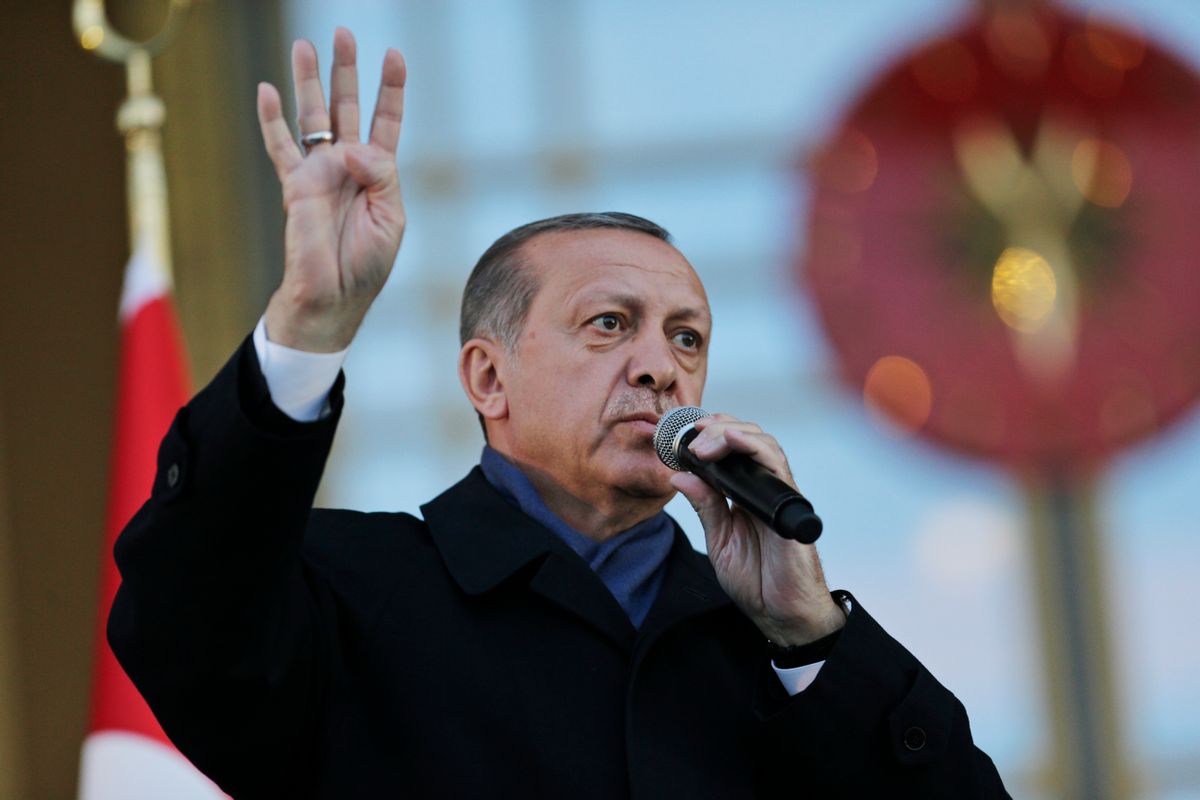 Turkish President Recep Tayyip Erdoğan received a warm congratulation from his counterpart, U.S. President Donald Trump, shortly after his referendum win. But not all Republicans were celebrating -- including many in Trump's own administration.

A Monday referendum gave Erdoğan sweeping new powers, like the ability to appoint ministers and government officials, to name half the members of the country’s highest judicial body, to issue decrees and to declare states of emergency.

In an interview with CNN on Tuesday, Erdogan said Trump congratulated him on the outcome of the referendum. While Democrats and anti-Trump conservatives were unnerved when they heard Trump offered Erdoğan his congratulations on the referendum, the president's stunning move is yet the latest example of his administration failing to walk in lockstep on foreign policy.

As the Los Angeles Times reported, Trump's call appears in contradiction to an earlier statement from White House press secretary Sean Spicer and another from the State Department.

Just hours before Trump's call to Erdogan, Spicer was asked about reaction to the Turkey vote. He said it would be necessary to wait for observers to finish a review of the disputed results, which he said could take 10 to 12 days.

"And so we'll wait and let them do their job," Spicer told reporters at the daily White House briefing on Monday. "I think we’d rather not get ahead of that report and start to make decisions without knowing."

He made no mention of Trump's call nor of the fact that Erdogan had already claimed victory.

Separately, the State Department issued a more muted and critical statement, also on Monday, calling on Erdogan to "protect the fundamental rights and freedoms" of all Turkish citizens and taking note of "irregularities" reported by international election monitors during and leading up to the vote.

With his call, however, Trump appeared to legitimize the election results that critics argue were achieved on an "unlevel playing field," The New York Times reported.

Rep. Ed Royce, the Republican chairman of the House Foreign Affairs Committee, even released a statement Tuesday condemning Erdoğan's victory. "All who value democracy, pluralism and Turkey's key role in the region should be concerned about the elimination of important checks and balances in the Turkish system," the Republican wrote.

Just as foreign policy analysts began pondering why Trump would make such a cordial gesture to an autocratic leader, several people started pointing to the president's business interests. The Trump Organization has property in Turkey, and a past tweet from Ivanka Trump suggested that she and her father had, at the very least, met with Erdoğan in the past.

Thank you Prime Minister Erdogan for joining us yesterday to celebrate the launch of #TrumpTowers Istanbul!