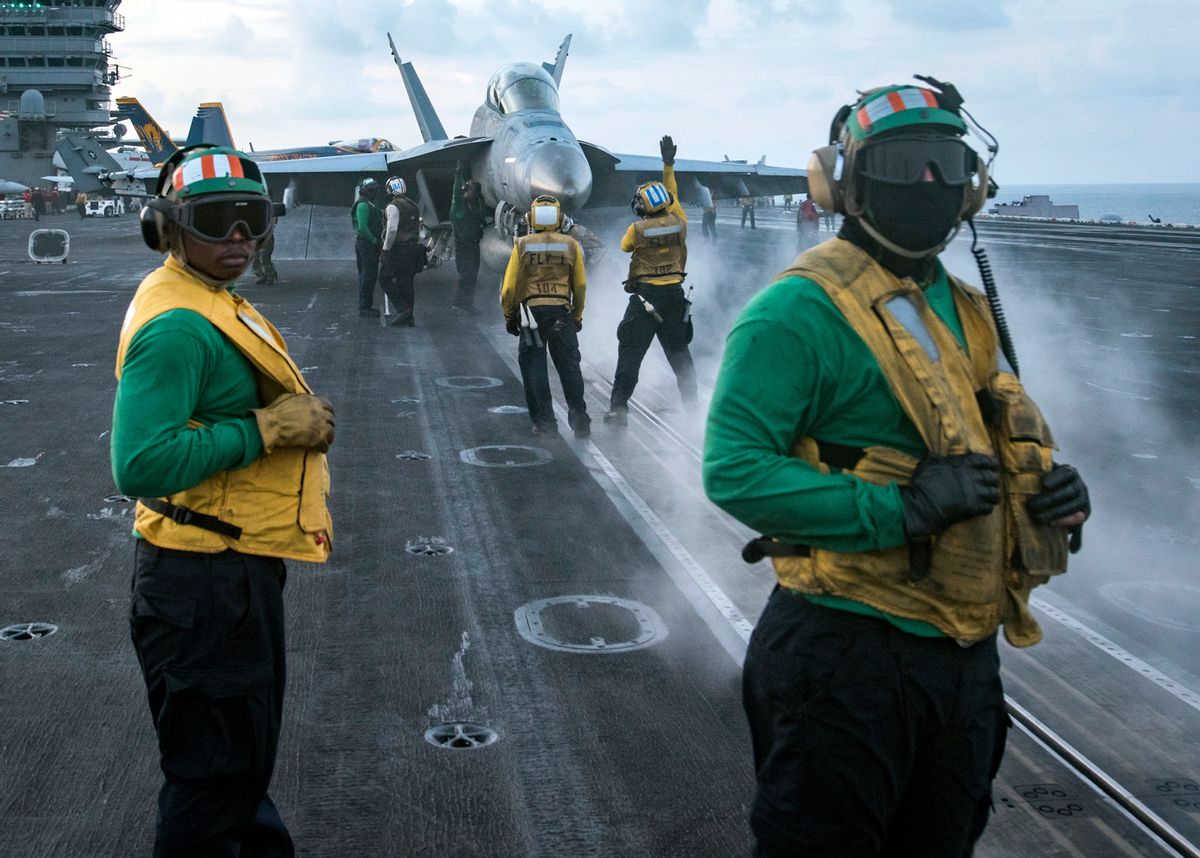 While the White House claimed that the USS Carl Vinson was sailing for the Korean Peninsula last week, the naval armada was actually full steam ahead to the Indian Ocean -- where it planned to meet the Australian Navy for joint exercises, The New York Times reported on Tuesday.

President Trump said last week he had sent an "armada" as a warning to North Korean dictator Kim Jong-Un ahead of a planned missile test launch.

The news of a major aircraft carrier's dispatch to the Sea of Japan agitated Pyongyang and made international headlines. Shortly after the Pentagon announced the aircraft carrier's orders, North Korea released a statement condemning the show of force.

“This goes to prove that the U.S. reckless moves for invading the DPRK have reached a serious phase of its scenario,” the statement said. “If the U.S. dares opt for a military action, crying out for ‘preemptive attack’ and ‘removal of the headquarters,’ the DPRK is ready to react to any mode of war desired by the U.S.”

But it seems as if North Korea had no cause for concern. A photo published by the Navy on Saturday showed that the USS Carl Vinson was actually in the Sunda Strait in India.

Officials in the Trump administration cited a premature announcement from the military's Pacific Command, in addition to an erroneous statement made by Secretary Jim Mattis, to explain the confusion.

According to The New York Times, the naval armada has now changed its course and will arrive at the Korean Peninsula by the end of April. White House officials are still wondering how this mishap happened. Per The Times:

The White House declined to comment on the misunderstanding, referring all questions to the Pentagon. “Sean discussed it once when asked, and it was all about process,” said a spokesman, Michael Short.

Privately, however, other officials expressed bewilderment that the Pentagon did not correct its timeline, particularly given the tensions surging in the region and the fact that Mr. Spicer, as well as the national security adviser, Lt. Gen. H.R. McMaster, were publicly answering questions about it.

According to NPR, "the carrier and its companions could still make their way back to the Korean Peninsula, which they last visited in March, but U.S. defense officials generally decline to describe the deployments of American military units before the fact."