But two days earlier, John Kelly said marijuana was "not a factor" in the war on drugs. Which one does he believe? 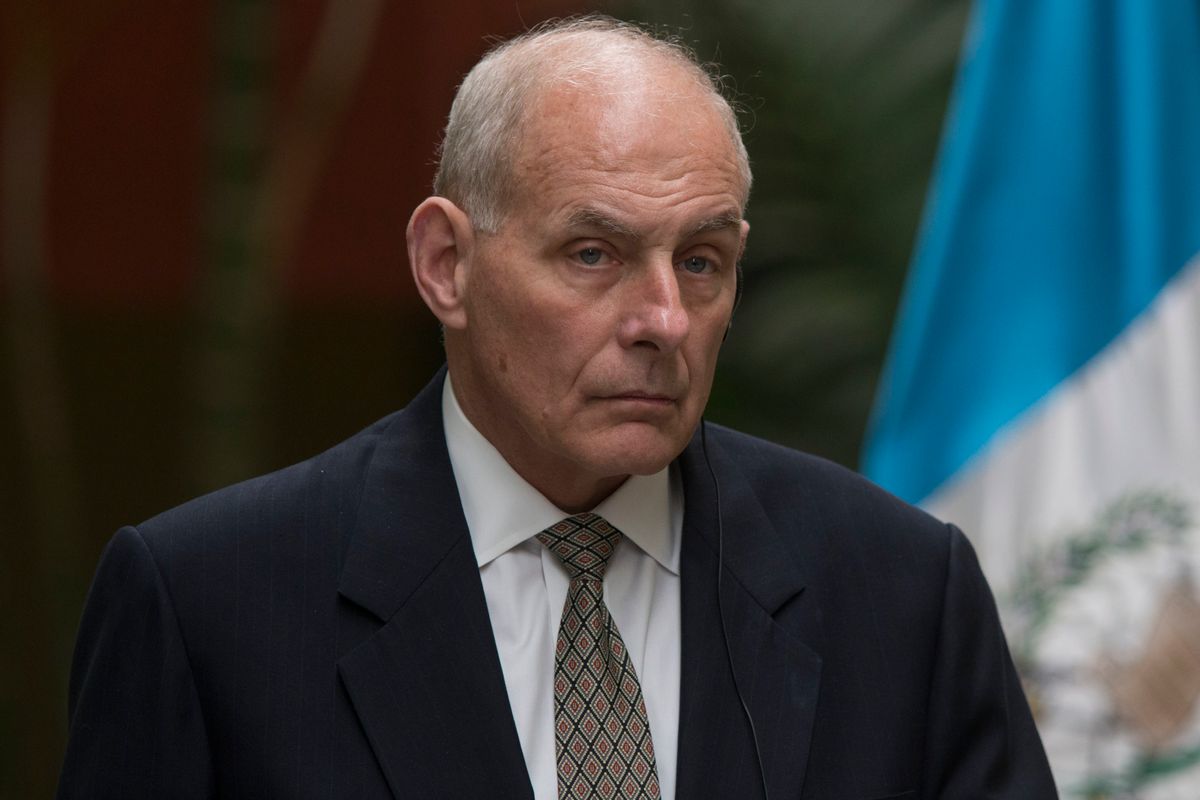 On Sunday, Homeland Security secretary John Kelly said marijuana was "not a factor" in the war on drugs. But in a speech today, he described cannabis as a "potentially dangerous gateway drug" and said the drug will play a role in building deportation cases.

Kelly's first statement was made during an interview with NBC's Chuck Todd as he evaluated the stakes in the ongoing drug war, which causes tens of thousands of deaths each year in the United States. He mentioned three drugs — methamphetamine, cocaine and heroin — as the main culprits.

But in his remarks today, titled "Home and Away: DHS and the Threats to America" at George Washington University Center of Cyber and Homeland Security, he said:

"Let me be clear about marijuana. It is a potentially dangerous gateway drug that frequently leads to the use of harder drugs. Additionally, science tells us that it is not only psychologically addictive but can also have profound negative impact on the still developing brains of teens and up through the early 20s. Beyond that, however, its use and possession is against federal law and until the law is changed by the U.S. Congress we in DHS are sworn to uphold all the laws on the books."

Kelly also said the DHS will investigate marijuana trafficking into the United States and "its distribution within the homeland, and will arrest those involved in the drug trade according to federal law. CBP will continue to search for marijuana at sea, air and land ports of entry and when found take similar appropriate action."

"ICE will continue to use marijuana possession, distribution and convictions as essential elements as they build their deportation/removal apprehension packages for targeted operations against illegal aliens. They have done this in the past, are doing it today and will do it in the future."

"I reject the idea that America will be a better place if marijuana is sold in every corner store. And I am astonished to hear people suggest that we can solve our heroin crisis by legalizing marijuana — so people can trade one life-wrecking dependency for another that’s only slightly less awful."

Sessions has also made it clear that he wants to revive the drug war that quadrupled the prison population, as well as roll back Obama-era policies aimed at reducing mass incarceration.