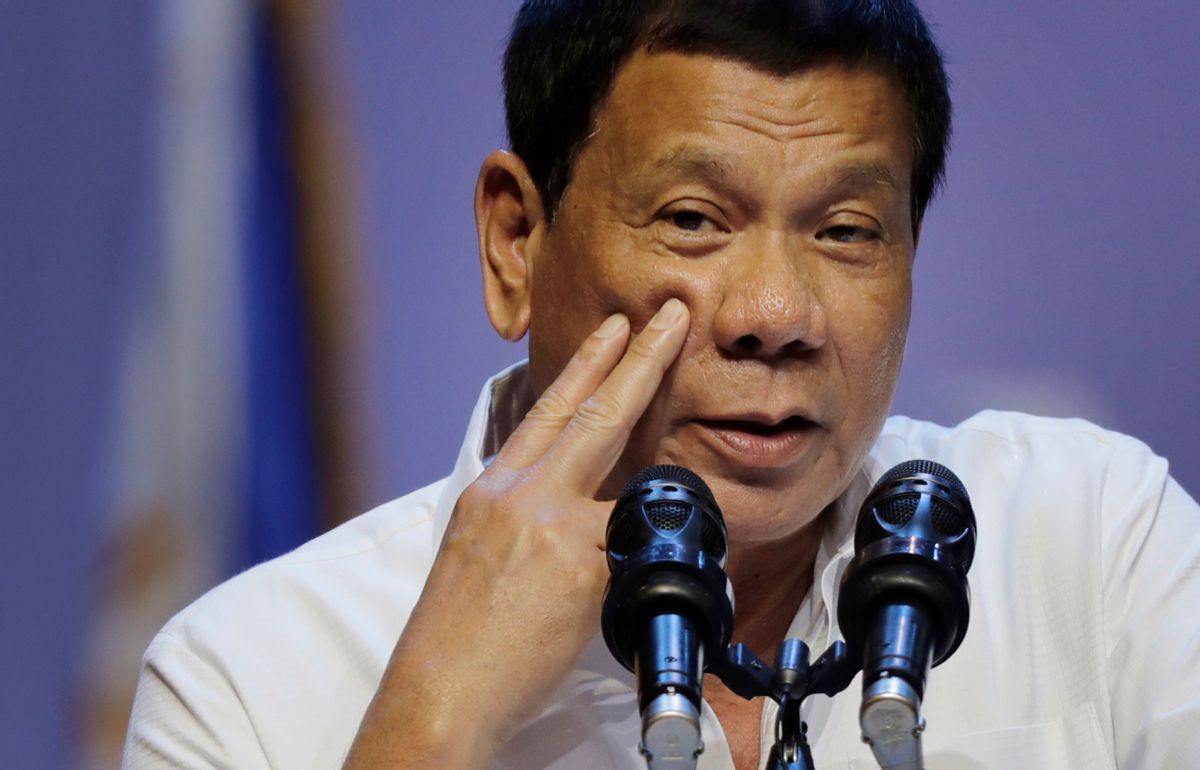 Who comes to mind when you think of the most influential person in the world? For many, it’s Philippine President Rodrigo Duterte.

Duterte won the 2017 TIME 100 poll after leading the survey for weeks, TIME announced on Tuesday. The poll asked readers who should be included in this year’s TIME 100, an annual list of the most influential people. He joined the ranks of Sen. Bernie Sanders and Russian President Vladimir Putin, who won in 2016 and 2015, respectively.

Duterte has served as president for under a year — he took office in June 2016 — and has stirred up controversy globally. As TIME points out, Duterte is perhaps best known for indirectly killing more than 8,000 people as a result of his aggressive drug war. This anti-drug campaign has faced opposition from many people around the world, including the Philippines’ own Vice President Leni Robredo.

The war on drugs raging in the Philippines hasn’t slowed down. Back in December, Duterte boasted about killing drug deals — an act that was condemned by the Obama administration.

The Philippines has suffered other violence under the direction of Duterte. The poorer people of the nation, who were largely responsible for his election, are getting hit the hardest by Duterte’s crime crackdown.

But his penchant for stirring controversy started long before he was sworn into office. As the president-elect, Duterte blasted the Catholic church and its bishops. The public condemnation was met with criticism from many residents of the country, which has long been Asia’s bastion of Catholicism.

It’s a little hard to believe this is the person who readers wanted on TIME’s list. Then again, they wanted Putin just two years ago.

The official TIME 100 list will be released on April 20.