Maybe it's the ultimate frenemy move, or maybe Trump can't be bothered to remember a political ally's name 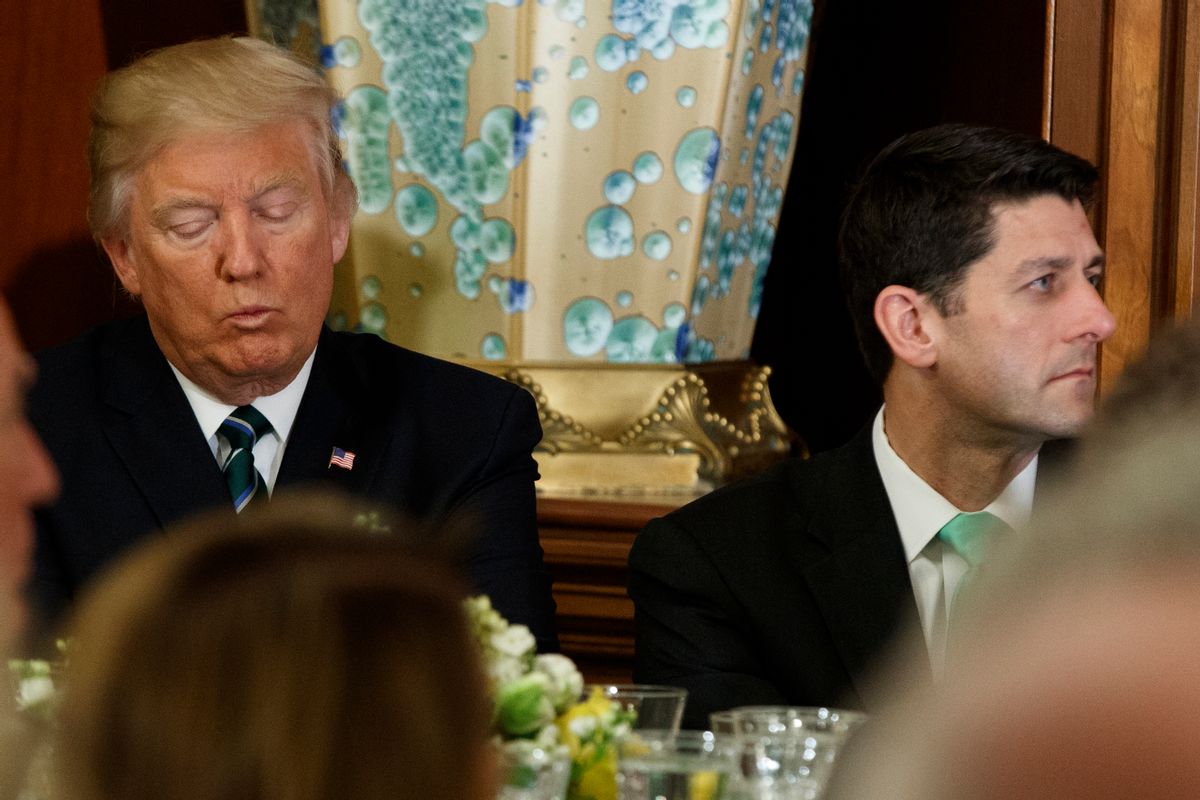 You'd think after all of their quality time, Trump would know Paul Ryan's name.

President Trump made his way to Wisconsin on Tuesday to tout his "Buy American, Hire American" executive order, stopping by factories to get a look at manufacturing first-hand.

In a speech at the Snap-on tool factory in Kenosha, President Trump thanked the people of Wisconsin, and  took some time to mention a few of his favorite Wisconsinites, even those who couldn't be there — like his good friend Ron.

That's Paul Ryan to you.

During his speech, the president referred to the Speaker of the House as "Ron," mixing up his name with Sen. Ron Johnson, who was also in attendance.

While Trump was explaining Ryan's absence, things got confusing.

"My thanks go to Speaker Ryan, who's represented this city for nearly two decades in Congress, and do you know where he is?" Trump asked. "He's with NATO. So he has a good excuse. So I said, 'Ron, make sure these countries start paying their bills a little bit more, you know, they're way, way behind, Ron.'"

He seemed to realize his mistake after a moment, and quickly pointed to Sen. Johnson, as if that would clear things up.

"I'm going to talk to you about that, Ron," then said. "But Paul, you're over with NATO, get them to pay their bills."

He seemed to laugh off his mistake, continuing with the rest of his speech as planned.

The White House press secretary said that the president chose the Snap-on tool factory because it is "a company that builds American-made tools with American workers."