New adventures await Kimmy, Titus, Lillian and the gang in the hit Netflix series, which returns May 19 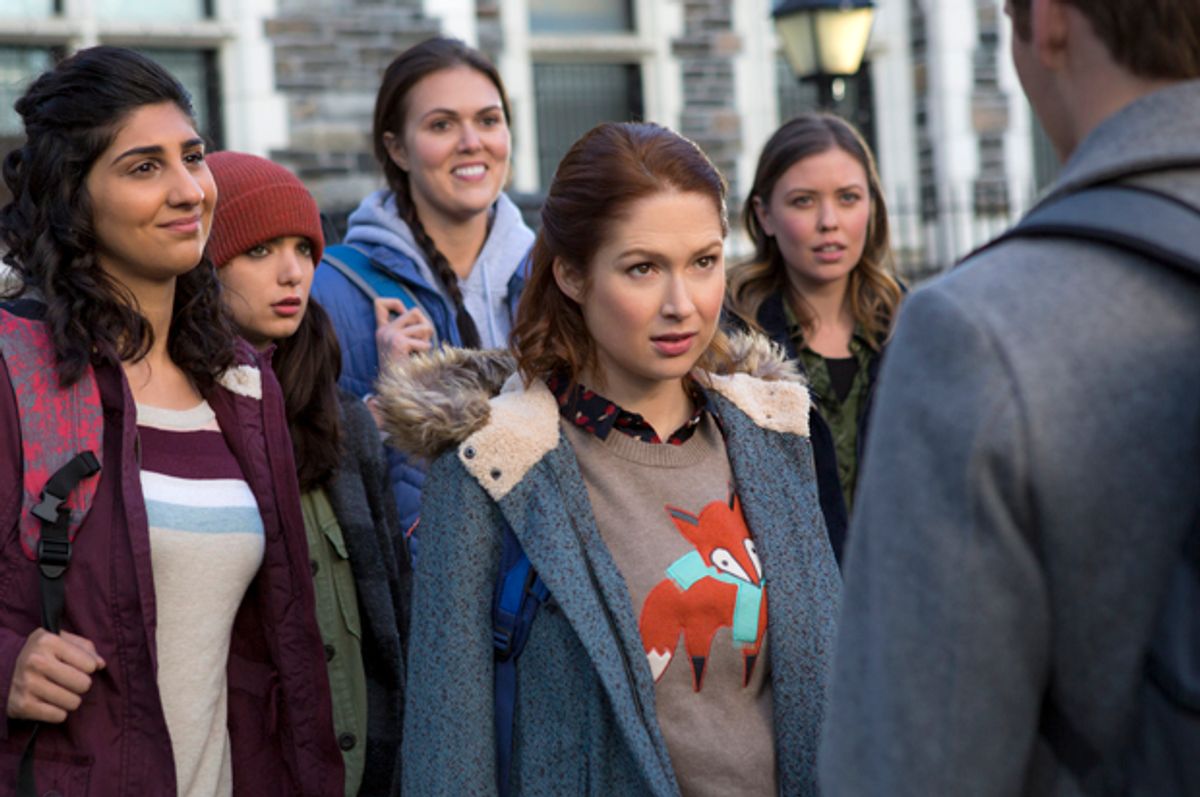 Netflix's former Indiana mole-woman is back for a new season of "Unbreakable Kimmy Schmidt."

When we last saw our unlikely heroine, Kimmy Schmidt (Ellie Kemper) seemed like she was finally in a good place. She'd found her mom, she was toasting to everything she was thankful for with her misfit family . . . and then, in a twist no one saw coming, Reverend Wayne Gary Wayne (Jon Hamm) called her from prison and dropped a bombshell — he and Kimmy are married!

Meanwhile, Kimmy's roommate Titus Andromedon (Tituss Burgess's outstanding breakout role) took a job as an entertainer on a Miami cruise ship, her delightfully aloof high-society boss Jacqueline (Jane Krakowski) had declared her independence and found a new purpose in taking down the Washington Redskins, and her eccentric landlord Lillian (Carol Kane) was as crazy as ever.

If you've spent the last year since binge-watching season 2 impatiently wondering what happens to Kimmy and the Reverend, Titus, Jacqueline and Lillian, you're in luck.

The season 3 trailer is finally here, and it's made us even more excited. Here's everything we know so far:

In the past 2 seasons, Kimmy went back to school and got her GED. Now, her eccentric (and newly single) landlord Lillian's encouraged her to take the next step — right alongside Jacqueline's stepdaughter Xanthippe, who it appears shares the same campus. Safe to say that drama will ensue.

Kimmy and the Reverend are in fact married. The trailer shows Kimmy asking veteran divorcée Jacqueline for help with her divorce papers. Not much else was teased, but it looks like the set up for a season-long debacle.

Of course, king of one liners Titus Andromedon is back, and better than ever. Or, Beyoncé-er than ever. The trailer suggests there's trouble in paradise for Titus and his boyfriend Mikey. Titus handles it in the most Titus way possible — by "Lemonade-ing," complete with a yellow dress, a wooden baseball bat and a broken car window.

The trailer doesn't give away much more, but shares enough new tidbits with us to make sure the next month is spent anxiously awaiting the premiere. The new season will keep around the same beloved characters, but will have enough new faces to keep it fresh. New guest stars will include Laura Dern, Daveed Diggs, Rachel Dratch, Ray Liotta, Andrea Martin and Maya Rudolph, with returning guest stars Fred Armisen as Bobby Durst, Anna Camp, Mike Carlsen, Josh Charles, David Cross, Tina Fey and Amy Sedaris, according to a Netflix release.

Season 3 of "Unbreakable Kimmy Schmidt" hits Netflix on May 19. Watch the trailer: