How to succeed on music’s biggest stage: 3 approaches to performing at Coachella

Lorde, Kendrick Lamar and Hans Zimmer each conquer enormous crowds in their own way 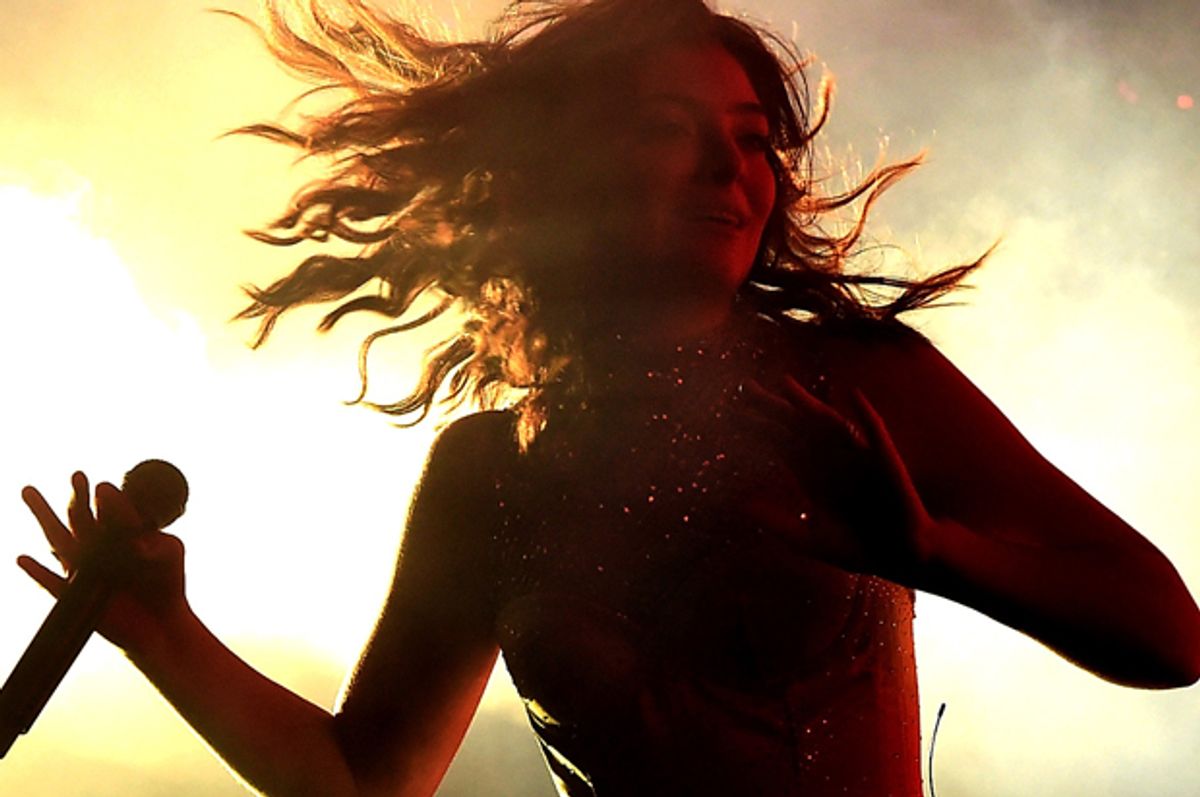 If the Coachella Valley Music and Arts Festival continues growing at its current rate, the Indio, California, desert will soon be more paisley than sand colored. This year, the festival’s 19th, saw a 25,000-person increase in capacity, a rise to 125,000 from 99,000; and a 50-acre expansion of the formerly 600-acre grounds.

The festival’s ostensible ethos is about the convergence of music, art and fashion — though what exactly the festival is trying to communicate about any of those things is unclear. Practically every genre of music that enjoys wide popularity in America is represented. And popularity, not politics or aesthetics, is the proverbial connective bandanna that ties the festival together.

Coachella, in fact, is such a marker of popularity that placement of musicians on the festival’s poster is routinely scrutinized by fans and the media — and, by the way, such scrutiny is not without reason: Prime placement can boost an artist’s bookings and future earnings significantly.

Top performers’ shows are the reason many fans attend the festival, and so it is typical that when the artists take the grounds’ main stage they will be performing for a vast sea of people — most can only see the performer on the massive screens erected as backdrop to the stage. So how does an artist navigate performing before so many people? Last weekend, the festival's first, saw artists succeeding with three approaches:

Perhaps more amazing than Lorde having been able to craft such evocative lyrics as a 16-year-old, for her debut album, “Pure Heroin,” is that at age 20 she is able to make a football field-size venue feel like a small concert hall. At Coachella, she spoke directly to the audience between songs, her voice soft, at one point meandering in and out of a verse she liked from Kanye West’s “Runaway.” And during another song, she ran through the aisles, touching her adoring fans’ outstretched hands.

Kendrick Lamar is an auteur on his albums and in his music videos. Live? Well, that’s a different story. At Coachella, Kendrick brought Schoolboy Q, Travis Scott and Future onto the stage at various moments to perform with him. The surprise guest appearances added some bump to Kendrick’s set.

Hans Zimmer is a master of infusing images with emotion. His music fills the background of film classics such as “Interstellar,” “Gladiator” and “Inception.” So how did the 59-year-old composer fare when he was front and center before a mostly millennial audience?

Quite well. Zimmer put on a riveting show, aided by his grand, leather-clad band and spectacular lighting.