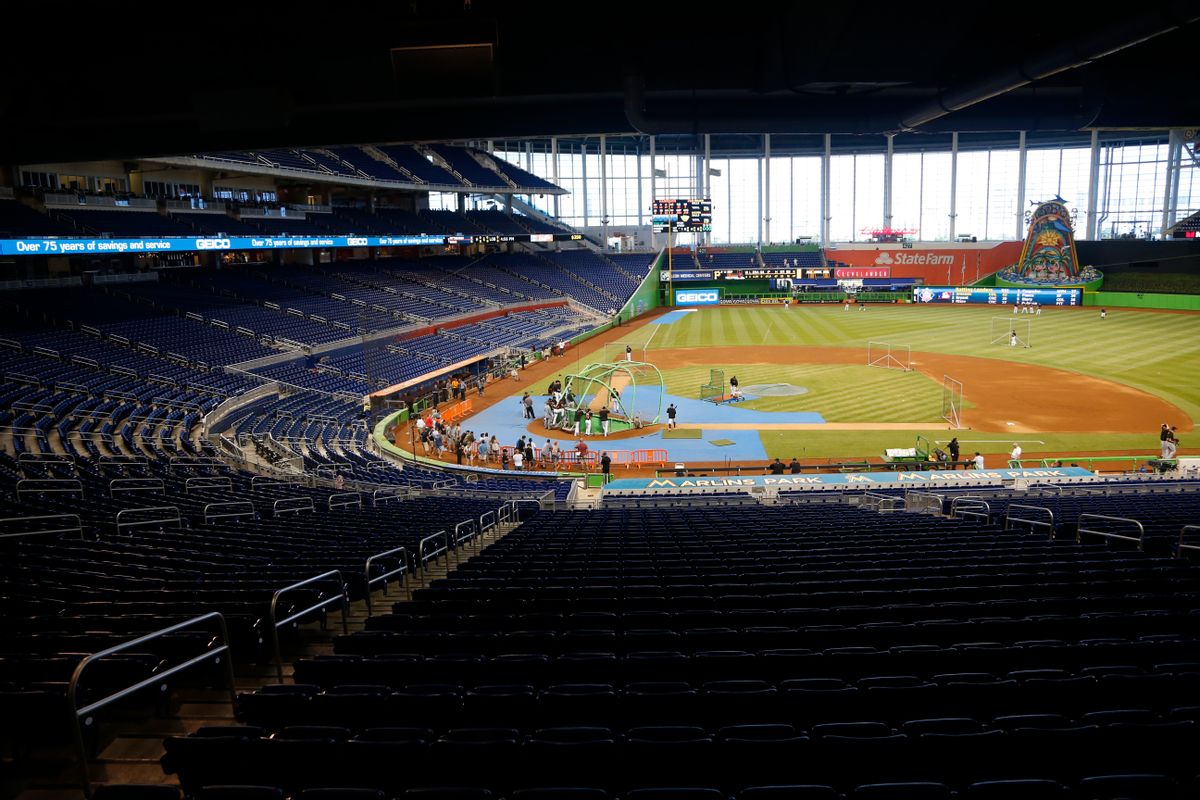 A failed presidential candidate and a baseball legend are combining capital to buy a Major League Baseball franchise. Jeb Bush and Derek Jeter are looking to purchase the Miami Marlins, the Miami Herald reported on Wednesday.

Bush and Jeter were competing against each other for the Florida sports team, but have now joined forces against a New York businessman who was reported to have a preliminary handshake agreement with Marlins owner Jeffrey Loria.

The Bush-Jeter duo brings together two of the biggest names in politics and sports. Both are also Florida residents — Bush lives in Coral Gables, while Jeter has a house in Tampa.

The Marlins' ownership has been considering offers since the team moved into a new county-owned stadium in Little Havana in 2012. Loria purchased the franchise in 2002 for $158.5 million. The preliminary price the New York businessman offered Loria is rumored to be about $1.6 billion, the Guardian reported.

The Marlins are a relatively young franchise that has won two World Series. But the team has had disappointing game attendance the past decade, finishing last in the National League for 11 of the past 12 season.

There's no love lost between the city of Miami and Loria, who has been accused of being stingy with his money. The Marlins have a small payroll compared to most other major-market MLB teams.

Unfortunately for Jeter, the last time Jeb Bush made a bid for something, it didn't turn out so well.