All jokes aside, countries are starting to doubt the military's ability to work effectively 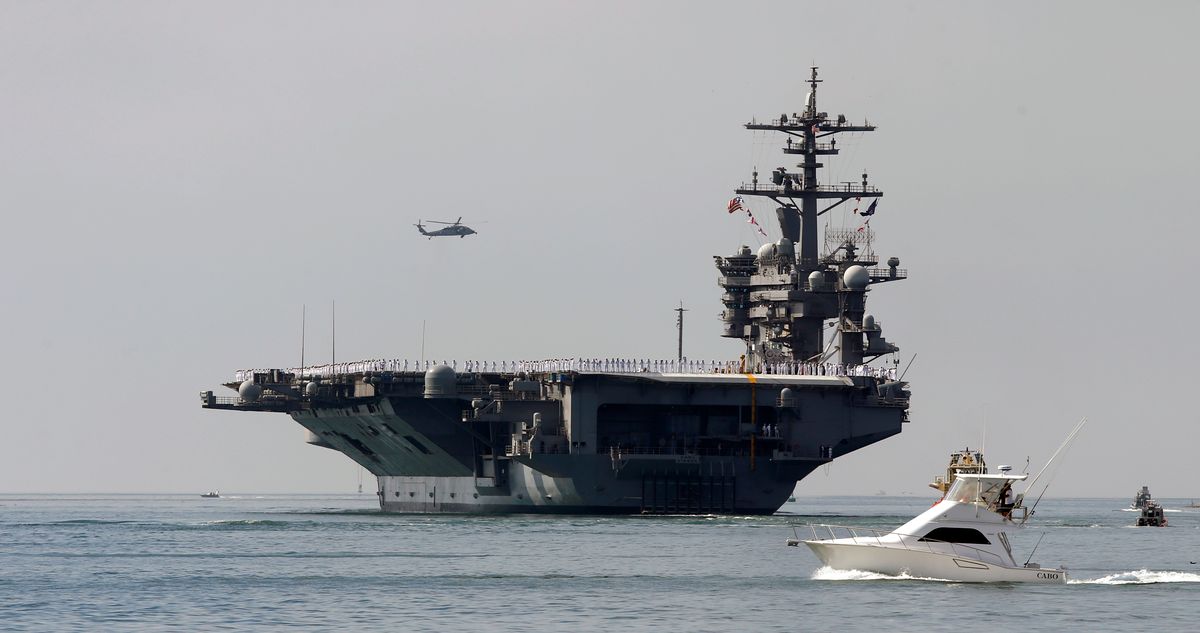 When the U.S. announces that its military is dispatching a naval armada to the Sea of Japan, it is usually not a laughing matter. But all of Asia could not help but snicker at the news that a communications error prompted the White House to declare prematurely that an aircraft carrier was en route to the Korean Peninsula.

On Wednesday, the editor's note on the Chinese news portal Guancha.cn, for example, was "Schrodinger's U.S. aircraft carrier."

"The original situation in Northeast Asia suddenly turned into a comedy," the website wrote about the Trump administration's latest communications flop.

Asian media outlets were not the only ones to on Trump. Politicians also had a few choice words for the U.S. government.

“What Mr. Trump said was very important for the national security of South Korea. If that was a lie, then during Trump’s term, South Korea will not trust whatever Trump says,” Hong said.​

According to NPR, the USS Carl Vinson and its companions are now making their way back to the Korean Peninsula. Because Trump has lost so much credibility, however, none of Asia believed this latest report.