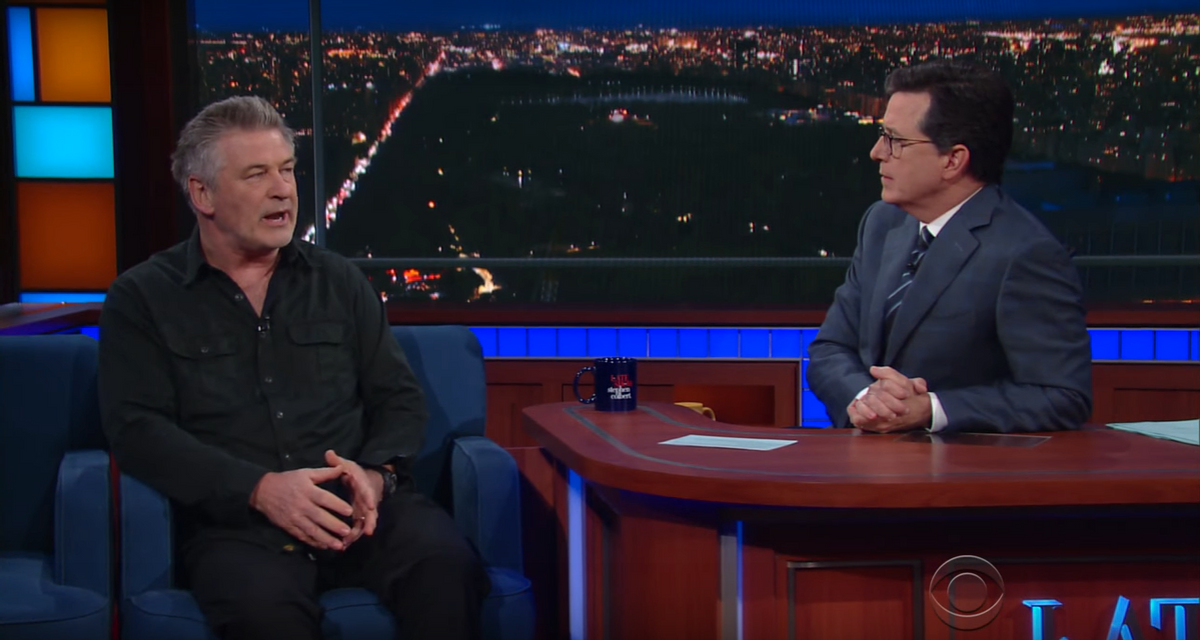 Alec Baldwin appeared on "The Late Show with Stephen Colbert" Tuesday night to tout his new memoire and chat about the political "arena" with host Stephen Colbert. But first the actor discussed his new role as President Donald Trump, and how he so perfectly pulls off the impression.

"They are sitting there at 'SNL.' They are always coaching you," Baldwin said. "It is totally a caricature. Left eyebrow up, right eyebrow down, shove your face out like you are trying to suck the chrome off the fender of a car."

Colbert brought up that Baldwin himself once ran for president when he was attending George Washington University. After his failed student body campaign, Baldwin received a surprising letter from then-President Richard Nixon commending him on his effort:

"I have learned of the disappointing results, as far as you are concerned, of the recent George Washington student body elections," Nixon wrote. "The important thing is that you cared enough to enter the arena."

"Are you ever going to re-enter the arena?" Colbert asked Baldwin after reading the letter.

"No. No," Baldwin quickly responded.

Colbert reminded his guest that Donald Trump became president, which gave entertainers the license to pursue political careers. Baldwin agreed, to a certain extent, but argued that a more traditional candidate will likely defeat Trump in 2020.

Baldwin named the last four presidents to prove their new theory. "It will swing back to some guy, who's like, governor," Baldwin surmised.