Donald Trump's base grades his first 100 days in office: B- 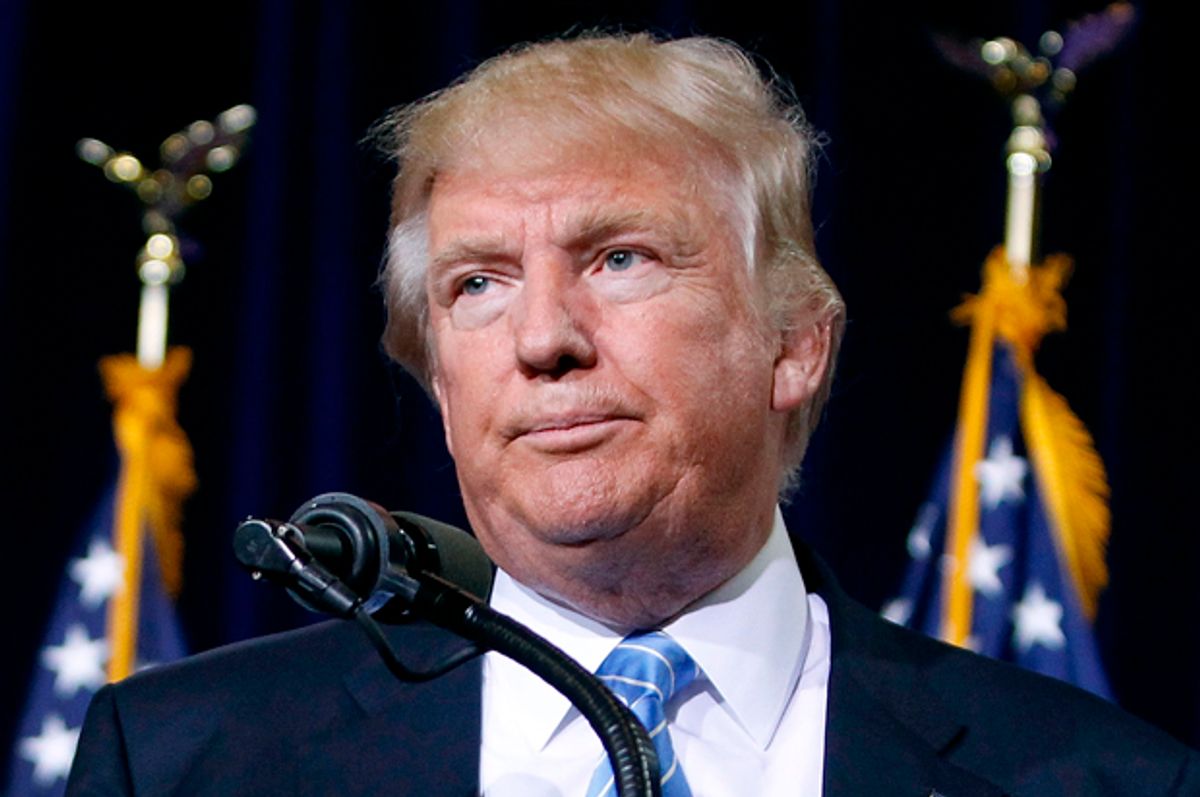 As President Donald Trump rapidly approaches his 100-day mark in the White House, let's take a look at some of the grades he's been given by voters.

A report card of Trump's first few months in office finds opinions unsurprisingly fall along party lines -- but there are some exceptions.

Trump has mostly fared well among his Republican base, receiving mostly A's and B's, in a new Politico/Morning Consult Poll. The president has, alternatively, struggled with Democrats receiving mostly D's and F's. But as Politico notes, "he isn’t earning straight A's from his base."

Forty-eight percent of self-identified Democrats have given Trump the grade of an F while 19 percent gave him a D, according to the poll. Most interestingly, forty-two percent of Trump voters only grade his first 100 days as a, and another 23 percent give him a C or worse.

Trump has clearly failed in certain areas with his base.

Trump's health care debacle appears to be the biggest thorn in his side — regardless of party affiliation — he received an A from only 9 percent of voters. According to the poll, Trump's strongest subject is fighting terrorism. But his failure to pass a health care bill has hurt him and voters have overwhelmingly given him an "F" on the subject. Trump has also received an "F" from voters on climate change and even on his own campaign pledge of "draining the swamp," according to the poll. Politico reported:

Asked to grade Trump’s first three months as president overall, 16 percent give Trump an “A,” and another 23 percent award Trump a “B.”

But roughly as many voters give Trump poor marks. Trump gets a “D” from 13 percent of voters, and nearly a quarter, 24 percent, give him an “F.”

“There’s a persistent media narrative that President Trump can do no wrong among his base of supporters,” said Kyle Dropp, Morning Consult’s chief research officer and co-founder, according to Politico. “But this polling suggests that, at the very least, many of his voters see room for improvement. Forty-two percent of Trump voters grade his first 100 days a ‘B,’ and another 23 percent give him a ‘C’ or worse.”

But Trump has rated his performance up to this point on a bit of a different scale.

“No administration has accomplished more in the first 90 days — that includes on military, on the border, on trade, on regulation, on law enforcement — we love our law enforcement — and on government reform,” the president said at an event in Wisconsin earlier this week.