Dow Chemical gave President Trump $1 million for his inauguration. They now want him to toss a study on pesticides

The study says that certain pesticides are dangerous to about 1,800 critically threatened or endangered species 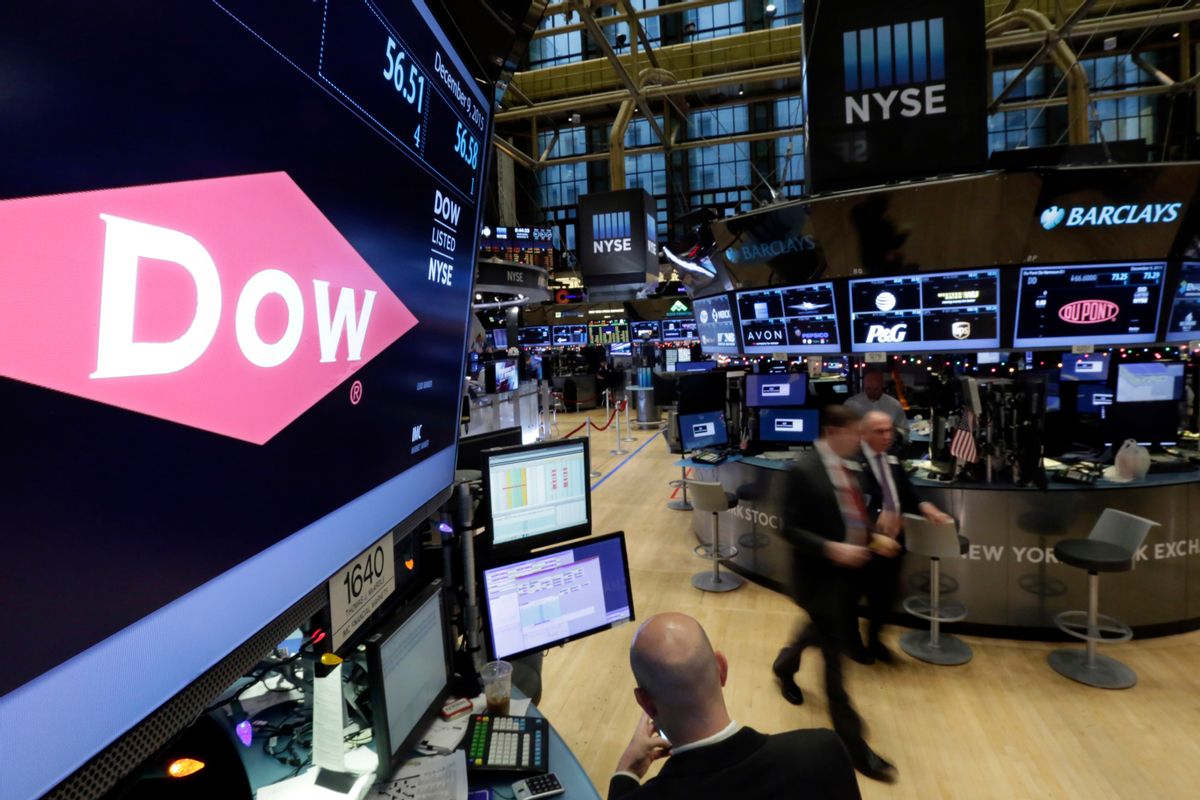 Lawyers representing Dow Chemical sent letters to three Cabinet agencies last week encouraging them to "set aside" the findings of government studies that would reflect negatively on the company, the Associated Press reported on Thursday.

The studies in question pertain to a family of widely used pesticides that are harmful to about 1,800 threatened or endangered species, the AP reported.

Over the last four years, government scientists have compiled an official record running more than 10,000 pages showing the three pesticides under review — chlorpyrifos, diazinon and malathion — pose a risk to nearly every endangered species they studied. Regulators at the three federal agencies, which share responsibilities for enforcing the Endangered Species Act, are close to issuing findings expected to result in new limits on how and where the highly toxic pesticides can be used.

The Environmental Protection Agency is one of the relevant agencies that has jurisdiction in this area. EPA head Scott Pruitt declined to comment on Dow's efforts to influence the White House's policies, the AP reported.

An EPA spokesman later told the AP that Pruitt won't "prejudge" any potential rule-making decisions as the administration tries to "restore regulatory sanity to EPA's work."

Lawyers for Dow Chemical argue that the government's studies were wrong. In a statement, the Dow subsidiary that sells chlorpyrifos said that the EPA's biological assessment should be squashed because its "scientific basis was not reliable," the AP reported.

"Dow AgroSciences is committed to the production and marketing of products that will help American farmers feed the world, and do so with full respect for human health and the environment, including endangered and threatened species," the statement said. "These letters, and the detailed scientific analyses that support them, demonstrate that commitment."