Jim Harbaugh applauds Kaepernick "for the courage he has demonstrated" 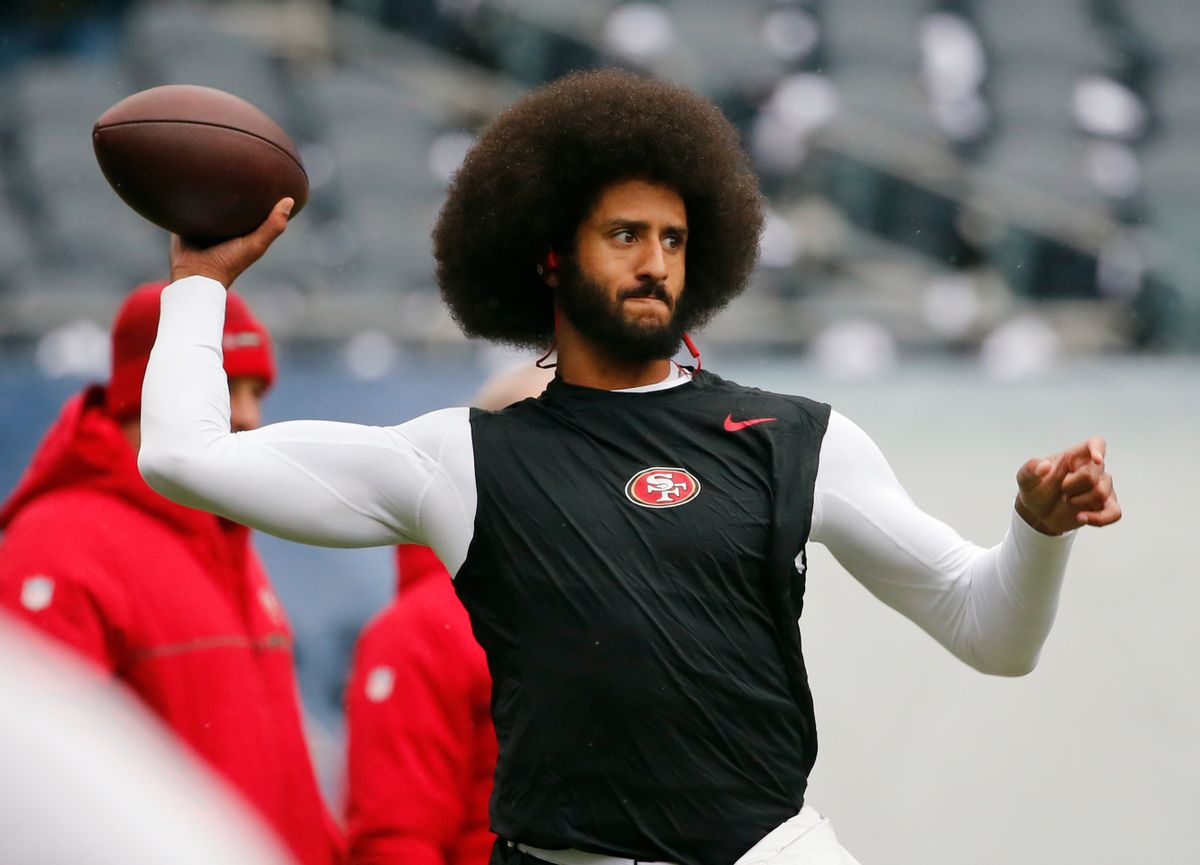 Even though Colin Kaepernick is still without a spot on an NFL team, he managed to find one on the TIME 100, an annual list of the most influential people around the globe. The quarterback, who rose to superstardom on the field within a few short years, gained notoriety and global attention this past year for the stance he took off the field.

Kaepernick's repeated protest of the national anthem sparked a discussion about freedom of expression and the treatment of African-Americans in the U.S. legal system. His movement propelled his team jersey to the top of the bestseller list.

But NFL franchises have refused to sign the free agent quarterback this offseason. Reports have confirmed that many front offices don't want to deal with Kaepernick's demonstrations. Even Kaepernick's former coach, Jim Harbaugh, who groomed the quarterback in San Francisco, was originally turned off by his former player's demonstration.

Jim Harbaugh on Colin Kaepernick: "I acknowledge his right to do it. But I don't respect the motivation or the action."

I apologize for misspeaking my true sentiments. To clarify, I support Colin's motivation. It's his method of action that I take exception to

Half a year later, Harbaugh wrote a tribute for his former player in TIME magazine:

"Colin Kaepernick was alone in his early protests last year when he boldly and courageously confronted perceived inequalities in our social-justice system by refusing to stand for the national anthem. At times in our nation's history, we have been all too quick to judge and oppose our fellow Americans for exercising their First Amendment right to address things they believe unjust. How lucky for us all and for our country to have among our citizens someone as remarkable a Colin Kaepernick."

Check out the full tribute.