From "hot chocolate" to "triumphant": Woman whose account may have been final straw for Bill O'Reilly speaks out

The day after the Fox News giant was booted, his accusers and Fox News alumnae shared their stories 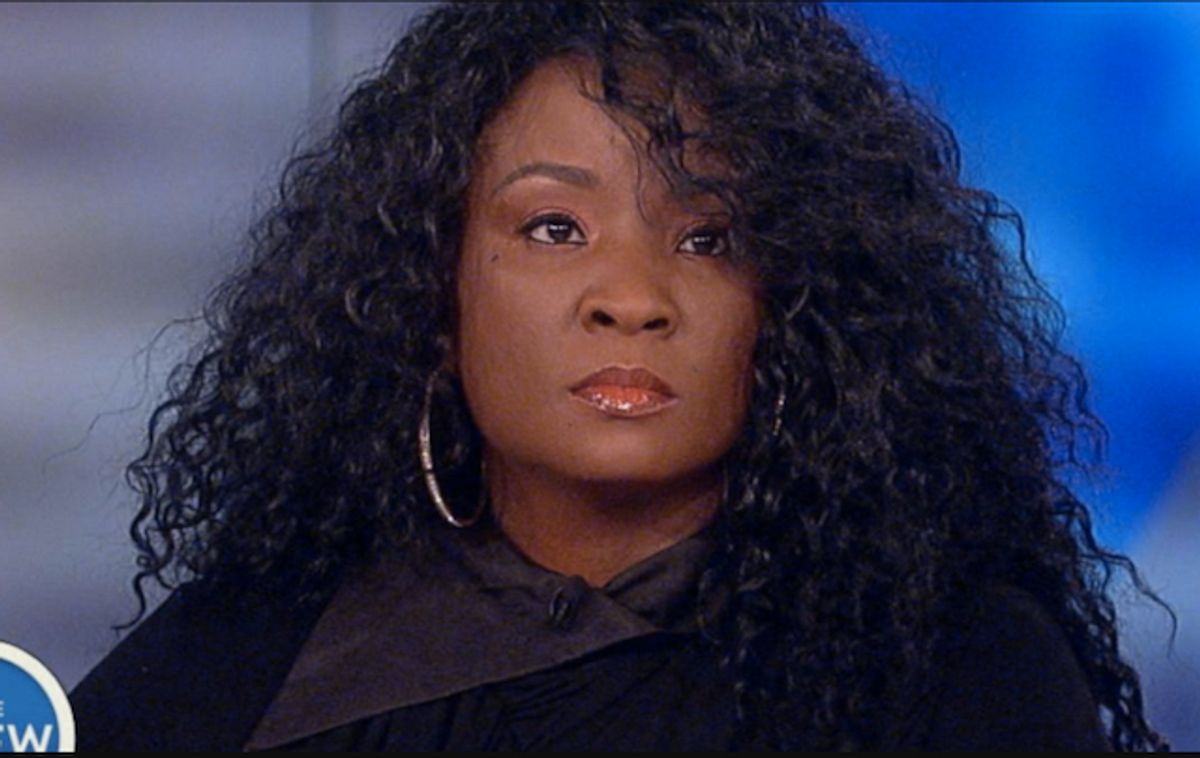 Perquita Burgess, the most recent woman to accuse Bill O'Reilly of sexual harassment, appeared for the first time publicly as a guest on "The View" Thursday afternoon -- just one day after the cable news giant was informed that he would no longer have a home at Fox News.

“It’s very cathartic; very cathartic,” Burgess said on Thursday, explaining that she felt "triumphant" after O'Reilly's ousting. Burgess told the co-hosts that she was "tired of reliving the trauma every time I saw a woman speak out, and I wanted to save him from doing it to anyone else."

Burgess noted that the harassment began in 2008 when she worked as a clerical assistant at Fox News and O'Reilly would make strange noises at her and leer at her.

“He always walked past my desk and he made like a grunting noise,” Burgess said, though she initially brushed it off as a muscle spasm. “As time went on, I noticed if no one was around he would make that noise.”

Another incident she highlighted was when she was in an elevator with O'Reilly. “He let me off first, as gentlemen usually do,” she said, “and I walked in front of him and as I was leaving the elevator, he said, ‘Looking good there, girl."

Burgess noted that he would continue to eye her up-and-down while she sat at her desk, but she refused to give him any sort of attention. She also noted that O'Reilly had no reason to be at her desk was.

“I just stopped looking at him, paying him any attention,” she said. "He had no reason to be at my desk at all.”

When Burgess was asked about the incident when O'Reilly made racially motivated remarks towards her, she described it saying, “he walks past and says, ‘Hey, hot chocolate.’ But he doesn’t look at me when he said it.” She added that she had never responded him and that O'Reilly would only address her in a demeaning matter, refusing to ever acknowledge her like a regular person. “I was mortified because not only was it sexual, I took that as a very plantational remark.”

Burgess did not report the claims of sexual harassment, saying that she didn't want to hurt her agency's relationship with Fox News. Burgess was only a temporary employee at Fox News and worked under a separate company. She explained that she didn't originally want to come out because she was scared of the possible reactions.

“I was very afraid because I don’t want the skeptic — when people question it, it pisses you off.”

CNN's Margaret Hoover also spoke out about her experiences with O'Reilly on Thursday. During CNN's

During CNN's "New Day," the former Fox News contributor said that “The king [Roger Ailes] has been gone for nine months. There were people at Fox News that hoped things would change after he left, and they didn’t.”

Hoover continued, "many of the executives who knew about the behavior and were complicit in this behavior…the entire culture and environment is the same.”

Despite O'Reilly being forced to leave the network, his payout could be as much as $25 million — the same amount he makes in a single year.