Bourdain expects to choke in obscurity, while Tower has a magnificent finish planned 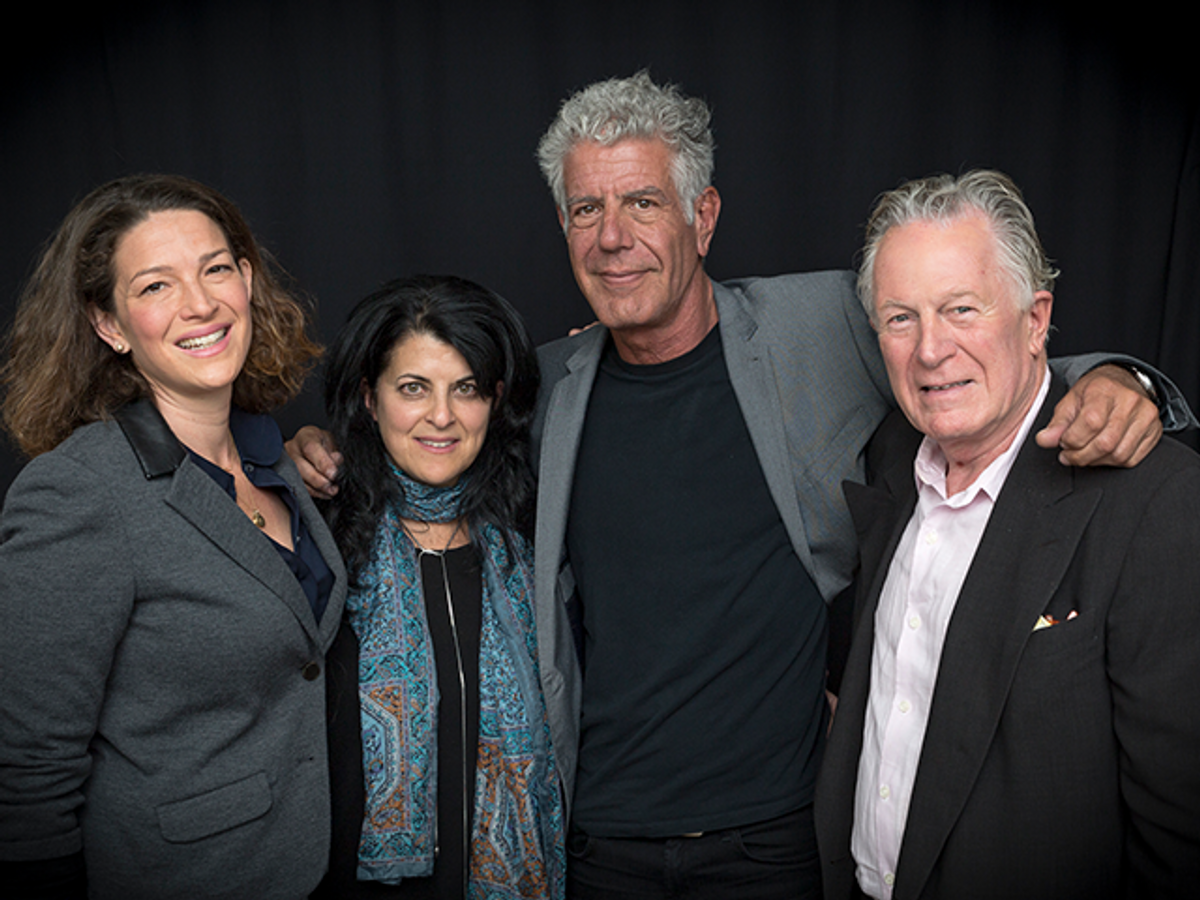 "If I'm going to die, I might as well kill myself, so there's at least a case of champagne involved in the beginning," muses Jeremiah Tower, the chef who's the subject of "Jeremiah Tower: The Last Magnificent," a new documentary produced by Anthony Bourdain. The pair stopped by Salon this week, along with their director Lydia Tenaglia, to talk about the film.

How do two culinary giants imagine their last suppers? Answers from both started out decadent, but went downhill fast — with a few laughs.

Tower said he'd have a case of 30-year old Salon (yes, Salon) French champagne, which retails for about $400 per bottle.

"You'd be halfway to death if you drank the whole thing, so that's fine," he chuckled. "Then, I'd have someone find me a 2 kilo tin of Beluga Caviar.  And I say that not just because it's fancy food . . . it is absolutely delicious when you eat it with a spoon."

"I'm nearly dead at that point, so I think i'll just have a Baba au Rhum with old Martinique rum and a great big jug of English cream poured over until it's drowned, and then I'm done," he added.

"I would be eating some really high test sushi in Tokyo," mused Bourdain. Then he laughed.

"In reality, it's probably going to be a Sabrett hotdog in the street. It's the closest I've come to death in my life!" he said.

"I'm halfway down the dog, and I didn't order any liquid . . . I start to choke . . .  I'm too embarrassed to stop passersby to Heimlich Maneuver me. So I'm struggling to breathe with a big wad of dirty water hotdog down my throat," he continued. "I mean, Mama Cass will always be remembered for that damned ham sandwich, and I suspect this is my destiny as well."