"Americans will be voting for this 100-day plan," Trump said while campaigning in Gettysburg 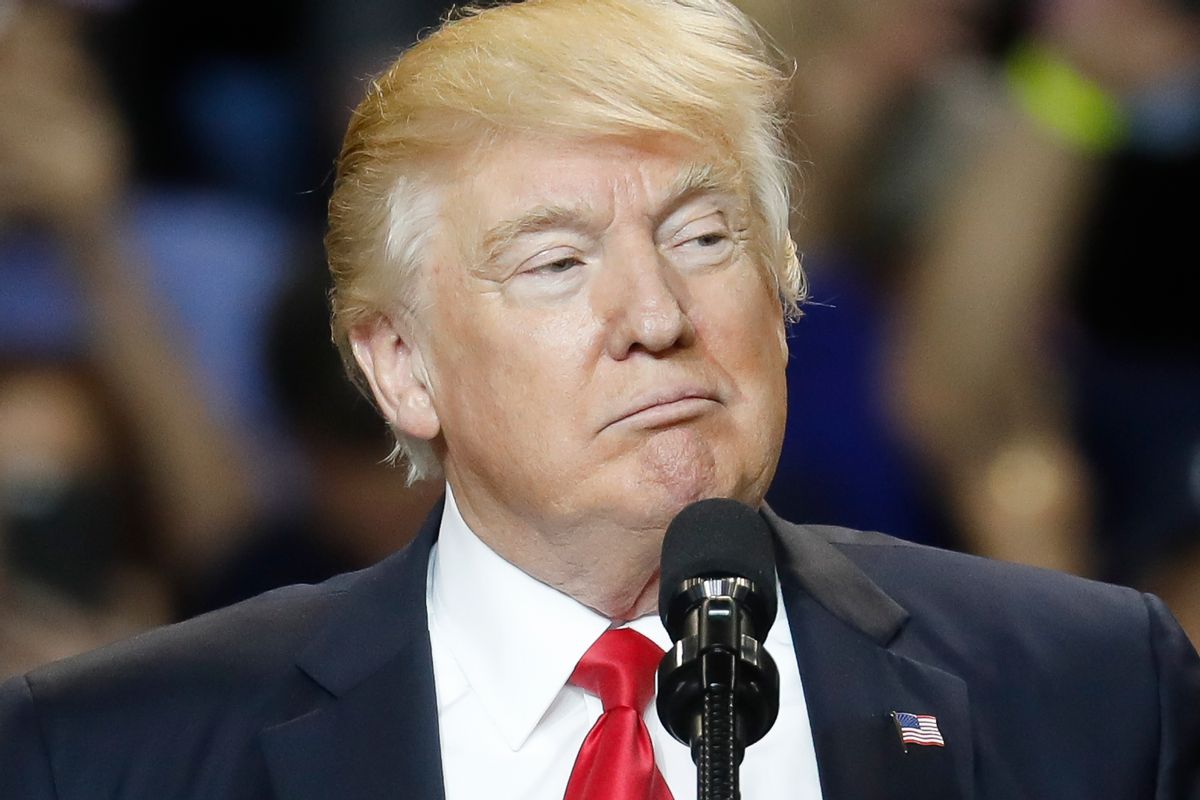 Less than three weeks before last year’s election, Donald Trump traveled to Gettysburg to lay out his priorities for his first 100 days as president. One aide compared the speech to the GOP's 1994 "Contract with America."

"On Nov. 8th, Americans will be voting for this 100-day plan to restore prosperity to our country, secure our communities and honesty to our government. This is my pledge to you,” Trump vowed in Gettysburg.

Called "Donald Trump's Contract With The American Voter," he pledged to immediately pursue multiple measures, including renegotiating NAFTA, proposing a Constitutional Amendment to impose term limits on all members of Congress, and labeling China as a currency manipulator.

Now approaching his first 100 days in office, with nary a substantial accomplishment to his name save the confirmation of a Supreme Court justice (thanks, Mitch McConnell), Trump is suddenly slamming his own 100-day vision as a “ridiculous standard.”

On the 92nd day of his presidency, Trump woke up and tweeted, “No matter how much I accomplish during the ridiculous standard of the first 100 days, & it has been a lot (including S.C.), media will kill!”

According to a recent Politico report, Trump’s campaign pledges about his first 100 days “hangs over the West Wing like the sword of Damocles as the unofficial deadline to find its footing — or else."

In a new poll released Thursday, 24 percent of voters gave Trump an F when asked to grade his first three months in office. He's even struggling among his own base: 42 percent of Trump voters graded his first 100 days a B, and another 23 percent give him a C or below.