How the left brought down Bill O'Reilly: The activist campaign that toppled Fox News' biggest star 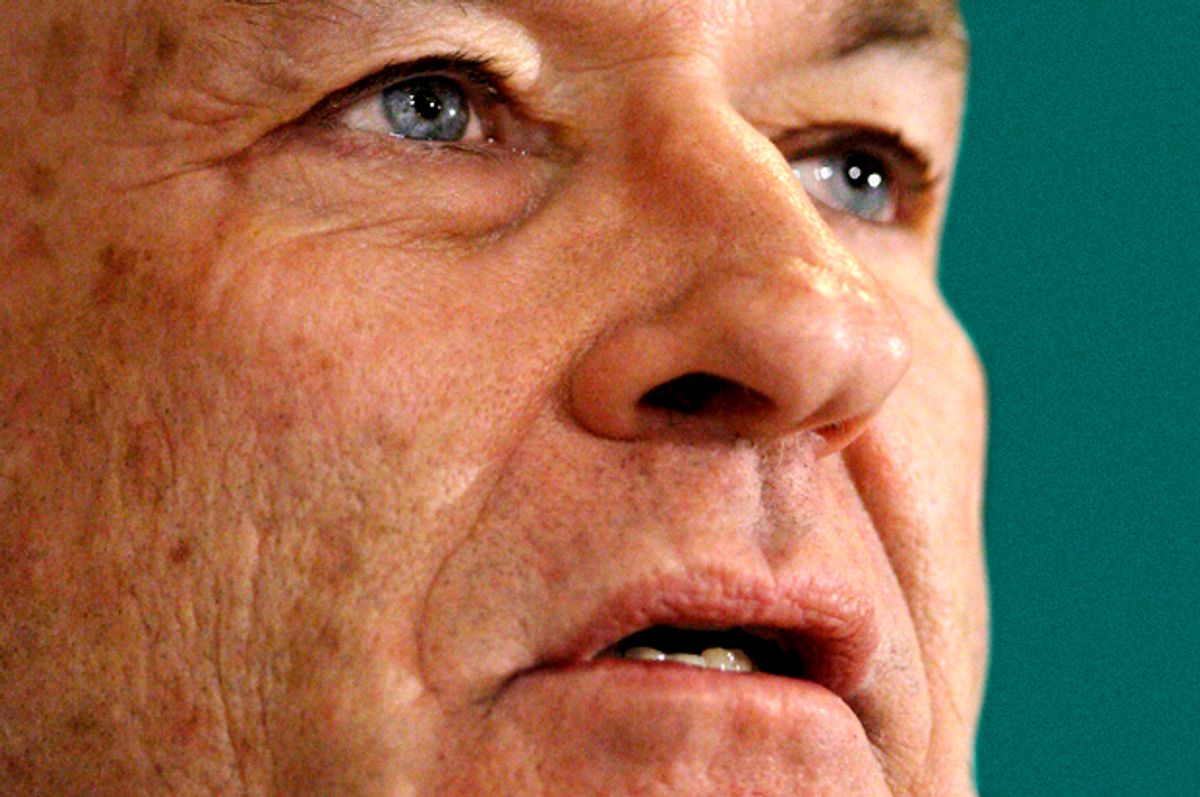 During his long career in television, Bill O'Reilly has been the quintessential survivor. In large measure, this was because his high ratings (and the revenue they brought in) made him invaluable to his employers at the Fox News Channel.

“He’s a jerk. Nobody likes him,” O'Reilly's former boss, Roger Ailes is purported to have said when he was informed of an alleged instance of his star anchor's boorish behavior. "But what am I going to do? I don’t like him, but he makes so much money, there’s nothing I can do.’”

Ailes' departure last summer under the cloud of sexual harassment and blackmail allegations certainly played a role in O'Reilly's Wednesday ouster from Fox News. With Ailes gone, O'Reilly had lost his most important protector and defender. But even Ailes wasn't above getting rid of his stars if they proved too troublesome, as Glenn Beck discovered in 2011.

O'Reilly hosted the top-rated program on cable news and was the author of two books currently on best-seller lists. So when The New York Times first reported that Fox News and its star had spent more than $13 million in payouts to women accusing O'Reilly of sexual or verbal harassment, it didn't seem like a career-ending revelation.

After all, O’Reilly has managed to survive a 2004 accusation that he had repeatedly asked for sex and masturbated during phone calls with a female producer, as well as a messy divorce and custody dispute with his former wife who claimed that hehad  once dragged her down a flight of stairs by the throat. O'Reilly even had his own fake news scandal in 2015 when he claimed to have covered a war that he actually hadn't.

The one thing O'Reilly's ouster and Glenn Beck's dismissal have in common is public pressure campaigns from liberal activist groups, using a combination of old-fashioned and newfangled techniques to put pressure on Fox News advertisers and 21st Century Fox, the channel's parent company.

At the heart of both campaigns was the group called Color of Change, which mobilized in 2011 after Beck called President Barack Obama a "racist." Within a month, Beck had lost almost all his premier advertisers.

"All of this has been feeling very familiar," the group's executive director, Rashad Robinson, told Salon in an interview the day before O'Reilly was officially dismissed.

The former Fox News anchor seems to agree with this sentiment.

“Bill O’Reilly has been subjected to a brutal campaign of character assassination that is unprecedented in post-McCarthyist America," his attorney, Marc E. Kasowitz, said in an April 18 statement. "This law firm has uncovered evidence that the smear campaign is being orchestrated by far-left organizations bent on destroying O’Reilly for political and financial reasons."

Robinson scoffed at Kasowitz's claim that he was going to release "irrefutable evidence" that liberal activists were working against O'Reilly. "I mean, it's not a secret what we've been doing," he said.

Indeed, the left's campaign against O'Reilly was anything but a secret. It's been going on for more than two years, according to Robinson.

Once the Times story broke in early April, Color of Change, the women's rights group UltraViolet, the National Organization for Women, the media watchdog Media Matters and a loose coalition of advertising insiders who call themselves the Sleeping Giants mobilized thousands of people to sign petitions and contact O'Reilly's advertisers to urge them to remove their sponsorships. As was the case for the earlier effort against Beck, the pressure soon began to pay off.

The campaign used a mix of old and new media techniques to get the word out. On Tuesday the groups formed a protest against O'Reilly outside Fox News headquarters in New York. Network employees were forced to wade through a crowd of people bearing signs with such words as "Danger: Sexual Predator Works Here," "Shame on Fox" and "O'Reilly You're Fired."

Demonstrators also had plenty of petitions on hand asking 21st Century Fox to dismiss O'Reilly. According to Karin Roland, the chief campaigns officer for UltraViolet, several people who signed them said they were Fox News employees.

As Sleeping Giants and Media Matters worked to tabulate advertisers for O'Reilly's show and disseminate their contact information on Twitter, UltraViolet and Color of Change began placing ads on Facebook and Google, and on job-placement websites targeting Fox News and 21st Century Fox employees while they were at work. The ads offered financial and legal help to women who believe they have been harassed by O'Reilly.

O'Reilly's critics even took their critique overseas, applying pressure in Britain against a bid by 21st Century Fox to acquire full control of Sky Media, a television and sports behemoth that it partially owns.

Both UltraViolet and Color of Change formally submitted a brief against the merger on the grounds that 21st Century Fox was not a "fit and proper owner" for Sky because Fox News had tolerated a pervasive culture of sexual harassment for more than 20 years. The American-based activist organizations were joined by an international progressive group called Avaaz as well.

In the end, the corporate and financial pressure along with even more allegations of harassment proved too much for O'Reilly to withstand. The effort by Color of Change and UltraViolet of many months had paid off.

"We didn't go after Bill O'Reilly because we had a difference of opinion," UltraViolet's Roland said in an interview. "We went after him because he's a serial sexual predator, he's a bigot, he's a misogynist. . . . And Fox had an obligation to women to create a workplace that was free of sexual harassment."

While their efforts were successful, O'Reilly's left-wing critics were only the proximate cause of his Fox News downfall. Ultimately, it was his own behavior that brought him down. In that regard, O'Reilly could stand to listen to his own advice from 2012:

We are living in a time of denial. Our cultured is cluttered with excuses for bad behavior. It's always somebody else's fault, not the individual screwing up. All of us make mistakes but how many of us own up?

Talk to teenagers today, you'll hear a litany of excuse-making for just about everything. And while those immature minds can be understood we often don't challenge the dodge. Our schools and courts are chock-full of people in authority who allow excuses to mitigate awful behavior.