Kendrick Lamar has all the answers

What’s the status of additional K. Dot music after his Beats 1 interview? 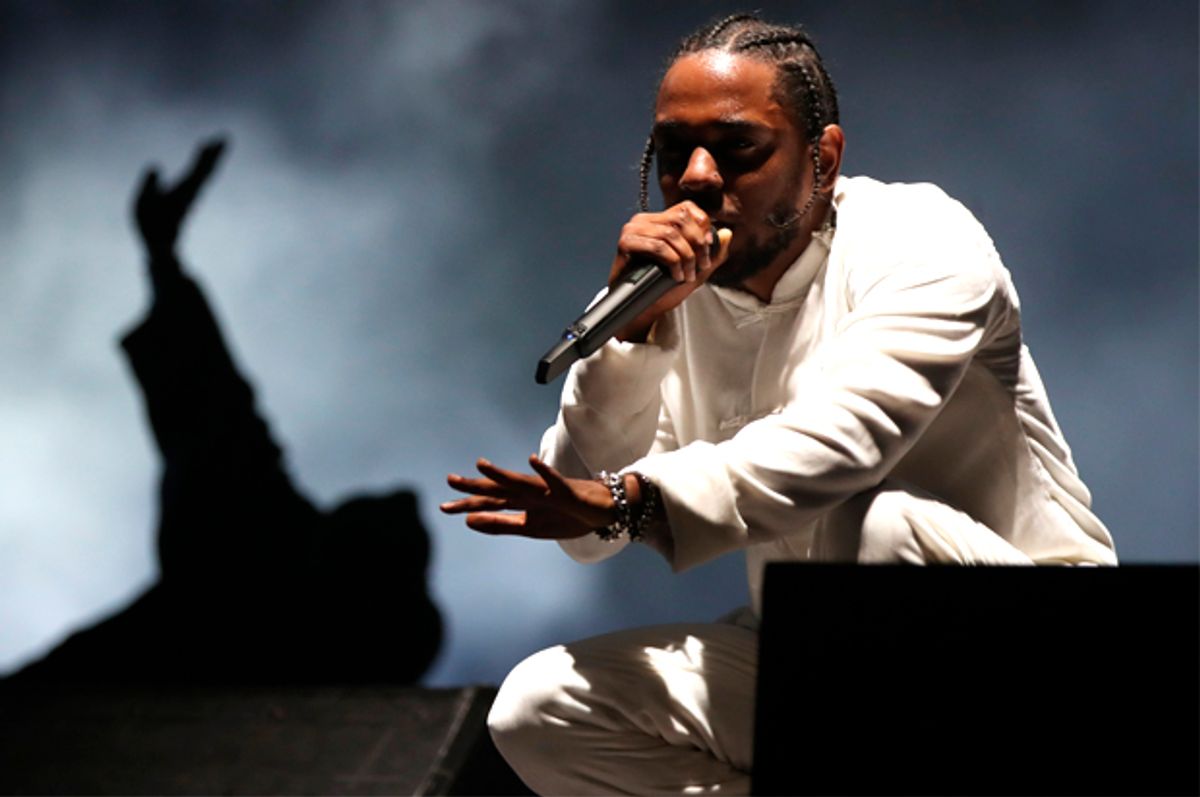 Kendrick Lamar doesn’t just make fans out of his listeners; he makes gospel-hungry believers. When he released his fourth studio album, “DAMN.,” on Good Friday, excited rumors permeated the internet that another album could be coming on Easter. The second album was a myth. But the rumors were indicative of two things: first, the very real way Lamar litters his music with Easter eggs (not literally in this case) and layers of meaning; second, that we are a culture of gluttons who can’t enjoy the feast before us without thinking about dessert.

Though Lamar is opposed to excess in verse (the first single from “DAMN.” was called “HUMBLE.”), his is a temple at which it is hard to pray modestly. Simply, it’s the best sermon in town. Allow me to shift the metaphor back to food: Lamar’s scraps are tastier than most artists’ entrées; “Untitled Unmastered,” a collection of unreleased “To Pimp a Butterfly” demos, was one of the best rap albums of 2016.

On Thursday, Lamar gave fans more substantive reason to assume that additional music is yet to come. “I got some more music,” he said in an Instagram video. He didn’t elaborate about whether he would release more music. But to tease more music and then not release it would be cruel. The following day (today), Lamar was set to appear on Zane Lowe’s Beats 1 radio show, a venue other artists have used to release new music into the world. So would he announce a new project?

What the interview did provide, though, was context for “DAMN.” and evidence of why so many people look to Lamar for answers. Lamar, who has a historically quick tongue on the mic, speaks slowly, in careful, assured sentences off of it; he often concludes a thought with the word “period,” an affect that might sound condescending coming from another mouth. Instead, he sounds monastic. He explained that the album took him a year to make, and that much of that time was spent thinking.

But where the events of the past year have led most minds to contemplate the world around them, Lamar looked within. “It's an album about my own self-discipline,” he said. “That's my favorite word this past year. Discipline and obedience. And how to control your own emotions.”

As for the difference between “TPAB” and “DAMN.,” he said: “’To Pimp a Butterfly’ would be the idea of the thought of changing the world, and how we work and how we approach things. 'DAMN.' would be the idea that I can't change the world until I change myself." He connected this focus on self-questioning and self-betterment to disadvantaged groups’ power. “Different nationalities and cultures are coming together, man, and actually standing up for themselves. And I think that's a pure reflection of this record. Prior to its even happening, prior to it even coming out.”

It would appear that the humbleness and self-examination Lamar advocates for on the album would be in tension with the most classic pursuit in rap — being the best — but Lamar was even able to frame his own superiority in modest terms.  "I love [hip-hop] to a point where I can't even describe it. And when I heard these artists coming up saying they're the best, I said, 'I'm not doing it to have a good song or one good rap or a good hook or a good bridge.' I want to keep doing it every time. Period. And to do it every time you have to challenge yourself and you have to confirm to yourself, not to anybody else, confirm to yourself that you're the best. Period.”

There are a lot of reasons why Kendrick Lamar is the best rapper alive, but this seamless duality is one of them. He’s able to represent the street and the church, be conscious without being didactic, ascetic without being puritanical, searching and knowing. Whether or not he gives fans more, he’ll have given them more. Period.