Kindergartners get little time to play. Why does it matter?

Where has all the fun gone? 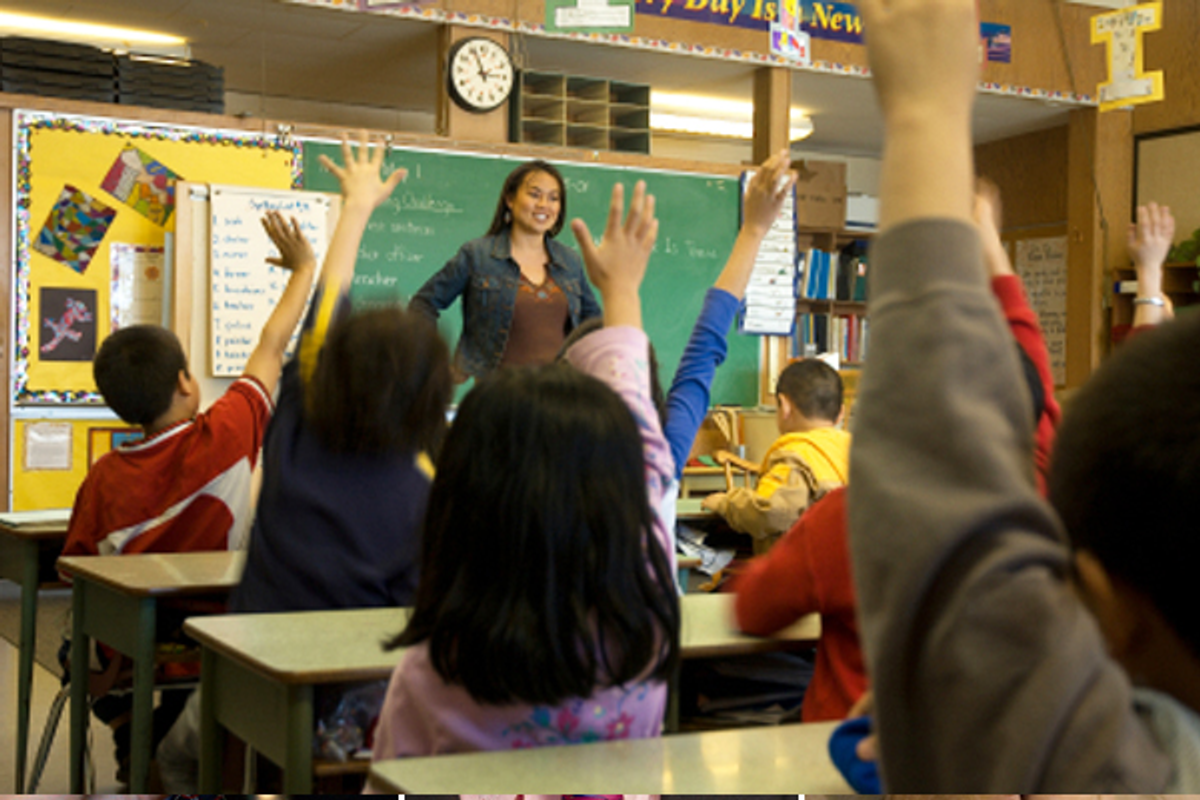 As a former kindergarten teacher, a father of three girls who’ve recently gone through kindergarten, and as researcher and teacher-educator in early childhood education, I have had kindergarten as a part of my adult life for almost 20 years.

As a parent, I have seen how student-led projects, sensory tables (that include sand or water) and dramatic play areas have been replaced with teacher-led instructional time, writing centers and sight words lists that children need to memorize. And as a researcher, I found, along with my colleague Yi Chin Lan, that early childhood teachers expect children to have academic knowledge, social skills and the ability to control themselves when they enter kindergarten.

So, why does this matter?

All work, and almost no play

First, let’s look at what kindergarten looks like today.

As part of my ongoing research, I have been conducting interviews with a range of kindergarten stakeholders – children, teachers, parents — about what they think kindergarten is and what it should be. During the interviews, I share a 23-minute film that I made last spring about a typical day in a public school kindergarten classroom.

The classroom I filmed had 22 kindergartners and one teacher. They were together for almost the entire school day. During that time, they engaged in about 15 different academic activities, which included decoding word drills, practicing sight words, reading to themselves and then to a buddy, counting up to 100 by 1’s, 5’s and 10’s, practicing simple addition, counting money, completing science activities about living things and writing in journals on multiple occasions. Recess did not occur until last hour of the day, and that too for about 15 minutes.

For children between the ages of five and six, this is tremendous amount of work. Teachers too are under pressure to cover the material.

When I asked the teacher, who I interviewed for the short film, why she covered so much material in a few hours, she stated,

There’s pressure on me and the kids to perform at a higher level academically.

So even though the teacher admitted that the workload on kindergartners was an awful lot, she also said she was unable to do anything about changing it.

She was required to assess her students continuously, not only for her own instruction, but also for multiple assessments such as quarterly report cards, school-based reading assessments, district-based literacy and math assessments, as well as state-mandated literacy assessments.

In turn, when I asked the kindergartners what they were learning, their replies reflected two things: one, they were learning to follow rules; two, learning was for the sake of getting to the next grade and eventually to find a job. Almost all of them said to me that they wanted more time to play. One boy said:

I wish we had more recess.

These findings mirror the findings of researchers Daphna Bassok, Scott Latham and Anna Rorem that kindergarten now focuses on literacy and math instruction. They also echo the statements of other kindergarten teachers that kids are being prepared for high-stakes tests as early as kindergarten.

Research has consistently shown classrooms that offer children the opportunities to engage in play-based and child-centered learning activities help children grow academically, socially and emotionally. Furthermore, recess in particular helps children restore their attention for learning in the classroom.

Focus on rules can diminish children’s willingness to take academic risks and curiosity as well as impede their self-confidence and motivation as learners — all of which can negatively impact their performance in school and in later life.

Giving children a chance to play and engage in hands-on learning activities helps them internalize new information as well as compare and contrast what they’re learning with what they already know. It also provides them with the chance to interact with their peers in a more natural setting and to solve problems on their own. Lastly, it allows kindergartners to make sense of their emotional experiences in and out of school.

So children asking for more time to play are not trying to get out of work. They know they have to work in school. Rather, they’re asking for a chance to recharge as well as be themselves.

As another kindergarten boy in my study told me,

We learn about stuff we need to learn, because if we don’t learn stuff, then we don’t know anything.

So what can we do to help kindergartners?

I am not advocating for the elimination of academics in kindergarten. All of the stakeholders I’ve talked with up to this point, even the children, know and recognize that kindergartners need to learn academic skills so that they can succeed in school.

However, it is the free exploration that is missing. As a kindergarten teacher I filmed noted,

Free and exploratory learning has been replaced with sit, focus, learn, get it done and maybe you can have time to play later.

Policymakers, schools systems and schools need to recognize that the standards and tests they mandate have altered the kindergarten classroom in significant ways. Families need to be more proactive as well. They can help their children’s teachers by being their advocates for a more balanced approach to instruction.

Kindergartners deserve learning experiences in school that nurtures their development as well as their desire to learn and interact with others. Doing so will assist them in seeing school as a place that will help them and their friends be better people.