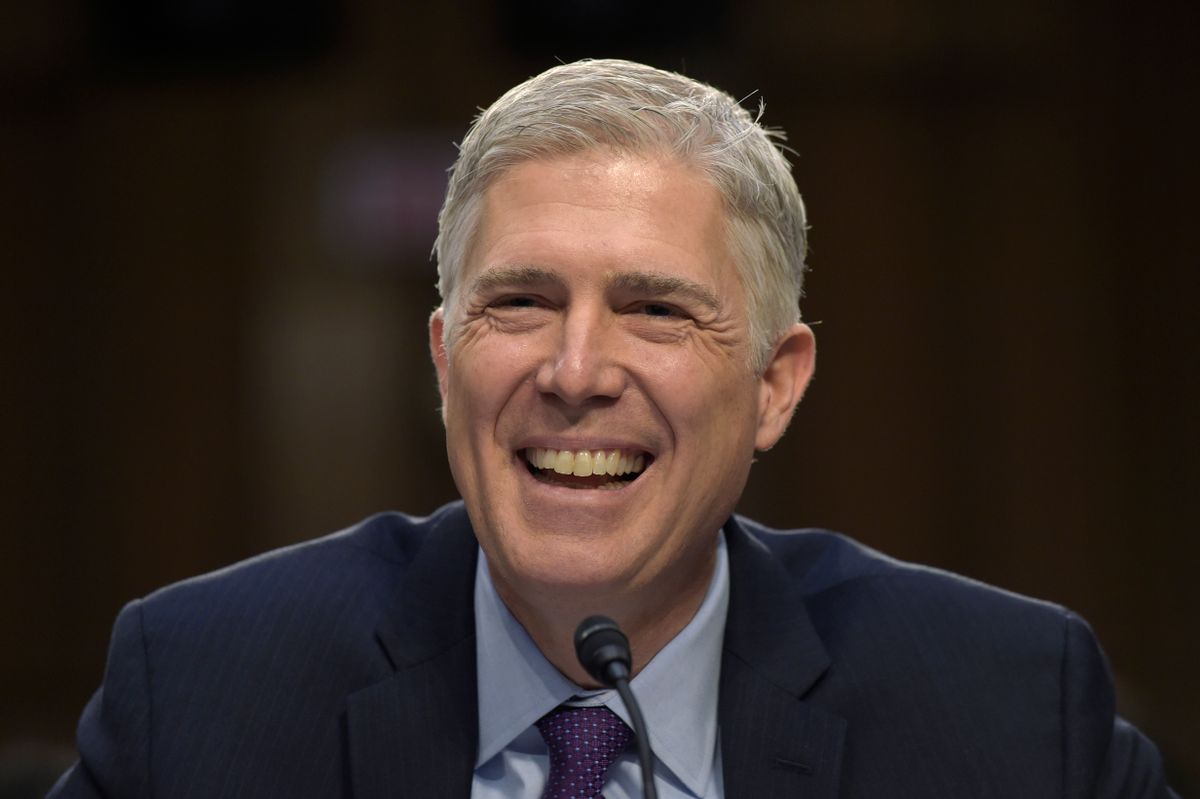 In what will undoubtedly be a memorable first major tie-breaking vote as a Supreme Court justice, Neil Gorsuch cleared the way for Arkansas to embark on an eight-person execution spree.

Four minutes before his death warrant was set to expire at midnight, Ledell Lee was executed in Arkansas on Thursday — marking the state’s first execution in 12 years.

Lee was convicted of the 1993 strangulation of Debra Reese in a Little Rock suburb. He’s insisted upon his innocence from the day of his arrest through the night of his execution, begging the state for a DNA test to prove his innocence. The judge presiding over his initial trial later admitted to having a secret affair with one of the prosecutors. His attorney was also drunk during his trial.

Attorneys for the State of Arkansas sought an expedited process to allow for the execution of Lee and seven other death row inmates to proceed before the state’s lethal injection drugs expire at the end of April.

In recent years, state death chambers have struggled to obtain the drugs they use to execute inmates because many drug companies refuse to sell drugs for this purpose. Arkansas, which hadn’t executed anyone since 2005, is among states that have had difficulty acquiring the drugs it needs for lethal injections.

Earlier on Thursday, the Trump administration blocked a large shipment of execution drugs from India heading to Texas and Arizona.

With Gorsuch’s vote, the Supreme Court ruled in a 5-4 decision on Thursday that Arkansas can carry on with its plan to kill more inmates than any state in as short a period since the U.S. Supreme Court reinstated the death penalty in 1976.

Justice Stephen Breyer argued in his dissent that was not an adequate reason to rush.

“Apparently the reason the state decided to proceed with these eight executions is that the ‘use by’ date of the state’s execution drug is about to expire," he wrote. "That factor, when considered as a determining factor separating those who live from those who die, is close to random."

Gorsuch joined the conservatives on the Court, Chief Justice John Roberts and Justices Clarence Thomas, Anthony Kennedy and Samuel Alito in the majority, but no explanation was given.

Shortly after the 5-4 decision, the Associated Press confirmed that the execution of Ledell Lee had been carried out and he was pronounced dead at 11:56 p.m.