Science saved my life: Saturday's march for science is personal, too

We must fight for science, and for our right to understand why the world is the way it is 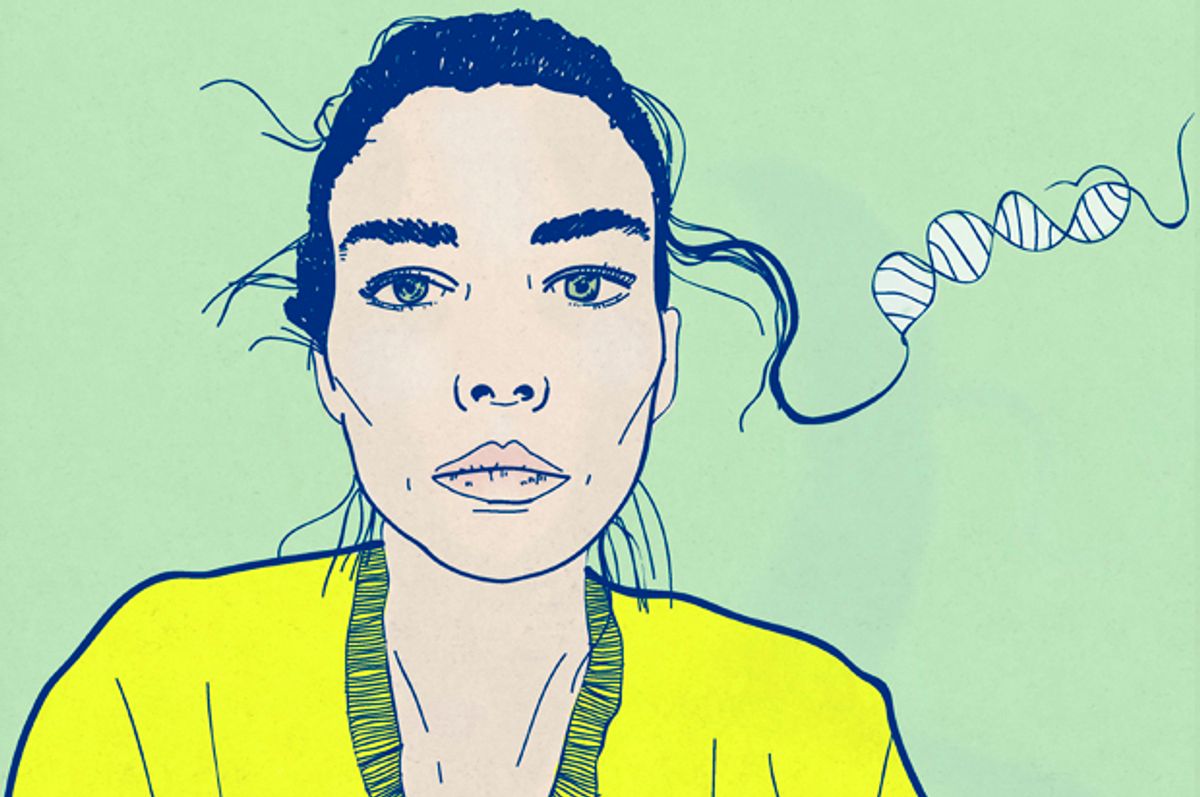 When proteins fold, they have protector proteins called “chaperonins,” which form a matryoshka around them, a little doll husk. Chaperonins guide proteins to fold the right way; a wrong turn here or there could mean mad cow disease, amyloidosis, cataracts, all afflictions of misfolding. Encapsulated in these guardian pods, they are safe to become themselves.

Science, the classification of knowledge into verifiable hypotheses, is not political. It’s not impiousness either or blasphemy. It doesn’t take the Lord’s name in vain or transmogrify into a demoralizing pink slip. Science is knowing how to investigate where that smell is coming from, how Leonard Cohen’s crumbly modulation could possibly sound so clear on a cassette tape, or what stars are.

Science is under attack, and with it our right to understand why the world is the way it is. Educational budget cuts, the gouging of scientific agencies that rely on government funding, the bowdlerization of researchers — this is what self-destruction looks like, $900 million from the Department of Energy’s Office of Science here, $6 billion from the National Institutes of Health there.

The March for Science this Saturday is our rallying cry — our best, latest effort to protect ourselves, our planet and our kids from assured destruction. For me, it’s also personal.

Science saved my life. Biology, specifically, and a professor named Ms. McEntee who terrified the exhausted, pockmarked teenagers I sat through lectures with. I got to class early, made index cards and elaborate hand-drawn charts to study from: This is what the inside of a eukaryotic cell looks like! I was surprised to find myself so transfixed by the elaborate knots and gaffes of evolution.

I hadn’t taken a science class since high school, 12 years before. In the intervening years, I got my bachelor's degree (barely) and settled into what one might generously call a career. Mostly, I drank. Now I was 30 years old, disintegrating, back in school as an attempt to salvage the wreckage of the past decade.

I grew up feeling so much smaller than my own skin, like I was coated in a dense bark of attitude and personhood and emotion that was too big for me. I was bullied, assaulted, minimized. All the little pinprick injustices of middle school felt like drippy, cavernous, world war wounds. “Sensitive” is one way to put it.

Booze was the salve. It taught me how to be a person, how to have guts. I drank at the movies, in the mornings. I stole tips off bars and used them to buy more drinks. I told my Mom I needed money for books, school, bills, and if she gave it to me, I drank it down.

It worked for a while. At the end, there was a hazy, unfathomable summer in Brooklyn. My grandmother died who I loved ferociously. A man pointed his gun at me and demanded everything I had of value. He made me turn around and walk away with his gun pointed at my back. From then on, even booze couldn’t camouflage my unmitigated vulnerability.

I stopped leaving the house. Leaving meant pain, violence. So did staying. I drank so I could feel less alive.

Something had to change, but I couldn’t abandon alcohol. Drinking was too deeply held — the creator and the destroyer, the only holy thing capable of numbing every nucleus. It was how I celebrated the good and survived the awful. It was the antidote to boredom, a comprehensive plan. The daily twist of a bottle’s cold cap, the glug of sour spirit into whatever glass was clean enough; this was the rhythm of my life. Empty can be beautiful, so long as it’s not a bottle.

This was all I could manage: I quit my job and went back to school to become a registered dietitian. Never mind my one-pack two-bottle a day habit, probably just a phase. Anyway, science agreed: The 3,5,4′-trihydroxy-trans-stilbene in red wine is almost as good as Lexapro.

I went into my first lecture with high hopes and a pounding hangover. McEntee was brutal. She’d beaten cancer and had no patience for bullshit. She squashed my expectations of cruising through Bio like an arthropod.

McEntee was a survivor, part archaea. She didn’t care about your story, your hangover; she just wanted you to stop wasting her time and learn the damn material. Her approach felt fresh to me, appealing. I was tired of feeling simultaneously empty and full of tenderness. Here was someone with a simple ask: Memorize these facts, and you’ll learn something about how the world works.

Biology was bewitching. A prokaryote could survive the harshest environments. Douse it liberally with antibiotics and it would learn to grow despite human industry. Each element of the architecture of a cell was the stunning consummation of millennia of data. Don’t even get me started on RNA.

One month in, I braved my first day without alcohol. On a morning like so many others (pounding headache, wide open front door, black haze where last night’s memories should have been), I woke up and knew I needed to stop. Life or not life. I went to those meetings people go to. Like the nano organisms that saturated my days, I would survive this extreme heat, the volcanic eruption of shame that filled me to the brim.

As I wrung myself out, poured whatever was left in the bottles down the generic, apartment-grade toilet, I filled back up with science. When you stop drinking the way I drank, you become acutely aware of the preposterous number of hours in a day. What did people do with all that time?

I studied. School was my lighthouse, the beam that guided me safely into my new life. I had to learn how to talk to people again, how to tell the difference between romance and exploit, what safety felt like. I also learned how DNA is cut and why Darwin changed the world.

It took a while. I ended with a 4.0 GPA and two years of sobriety. Instead of becoming a dietitian, I got a job in oncology research. I get to wake up every morning now with this distinct privilege: making something better for someone else. That’s grace. It’s not a liquid.

Science is not a dirty word, though it’s being scraped from government websites like a malignant lesion. It’s a practice of empowerment, a method for understanding why life is the way it is: tedious, bitter, brief, dazzling. People need to be taught that they are already smart enough to understand (though it tingles as the Novocain wears off).

These were the gifts I received: curiosity, wonder, passion, distraction, protection. Before science, I was tangled, misfolded, a mad cow. As I learned to become whole, no longer chemically dependent, biology showed me how to laugh at nature’s cruelty, revel in its beauty, bask in its complexity. That’s what you do with all those hours: You learn.

This administration is quickly slashing science from the national vocabulary. I cringe thinking of all those kids like me, with buckteeth and wonky eyes, too tall or short or strange. You can’t argue with genetics. But learning (anything) can teach you your own value. All this grace is still up for grabs. Don’t take it away.

Erin Williams is an Oncology Data Specialist at Flatiron Health, a healthcare tech company, and the author of the upcoming "The Big Fat Activity Book for Pregnant People."