WATCH: Meet the cork dork who quit her media job to become a sommelier

Bianca Bosker, a bestselling author, left the Huffington Post to explore her passion for wine 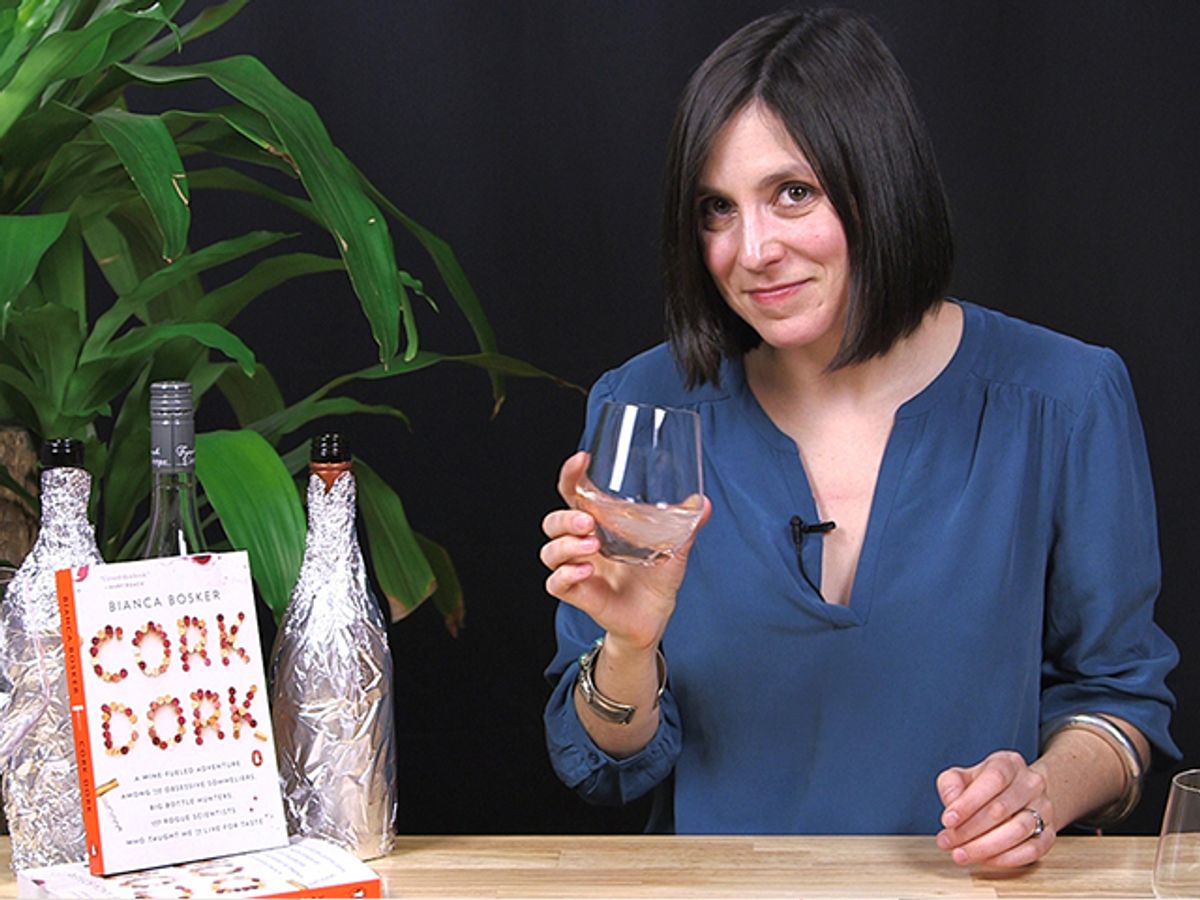 There are people who dream of quitting their jobs and following their curiosity. Then there are those who actually do it — Bianca Bosker is one of those people.

Bosker quit her job at the Huffington Post and dove head-first into her own curiosity, “to figure out what exactly is and isn’t bullshit in the wine world.” To do this, she spent 18 months learning how to become a sommelier.

Bosker documented her journey in The New York Times-bestselling book "Cork Dork: A Wine-Fueled Adventure Among the Obsessive Sommeliers, Big Bottle Hunters and Rogue Scientists Who Taught Me to Live for Taste."

“In the course of this really intensive training I became cognizant of this paradox in our foodie culture,” Bosker said. “We obsess over tracking down food that tastes better but we never actually teach ourselves to taste well.”

In an effort to acquire what she calls "sensefulness," Bosker suggested not drinking coffee and other hot liquids, quit smoking, stop wearing perfume and to limit the intake of hard liquor. If making those lifestyle changes are too extreme for others, she recommended to just "start by paying attention. Any of us can train our senses — you don't have to be born with any particular special ability."

Rules in the wine world, Bosker said, "are made to be broken." How many times have we been in a restaurant, indulging in a nice meal, when the waiter asks what we want to drink. How does that saying go again? White wine with fish, red wine with steak?

"If you’re looking for a way to pair food and wine using the fewest possible brain cells, just pair wines that come from the same country as the food," Bosker recommended. "There’s a reason why reds from Italy are so delicious with pasta. There’s a reason that for years German rieslings have been drunk side by side with big sausages and fried meats.”

Bosker also talked about the art of complimenting and contrasting. For example, foods high in fat such as Domino's pizza go well with a sparkling French wine. Or spicy Indian take-out will pair well with a sweet wine. "The combination of the sweetness and the spiciness is going to be this delicious explosion of flavors," she said.

In Bosker's recent Instagram project #PairDevil, she pairs wines with foods we eat daily. One image features a black and white cookie paired with a sweet French wine sauternes: "That same amount of sweet with sweet . . . fantastic!"

But it's still important to have fun. At the end of the day, “the best pairing is that pairing that tastes good to you."