Aside from Oprah, "The Immortal Life of Henrietta Lacks" leaves us wanting

Winfrey's whirlwind of a performance deserves an Emmy nod. As for the rest of this tepid movie, not so much 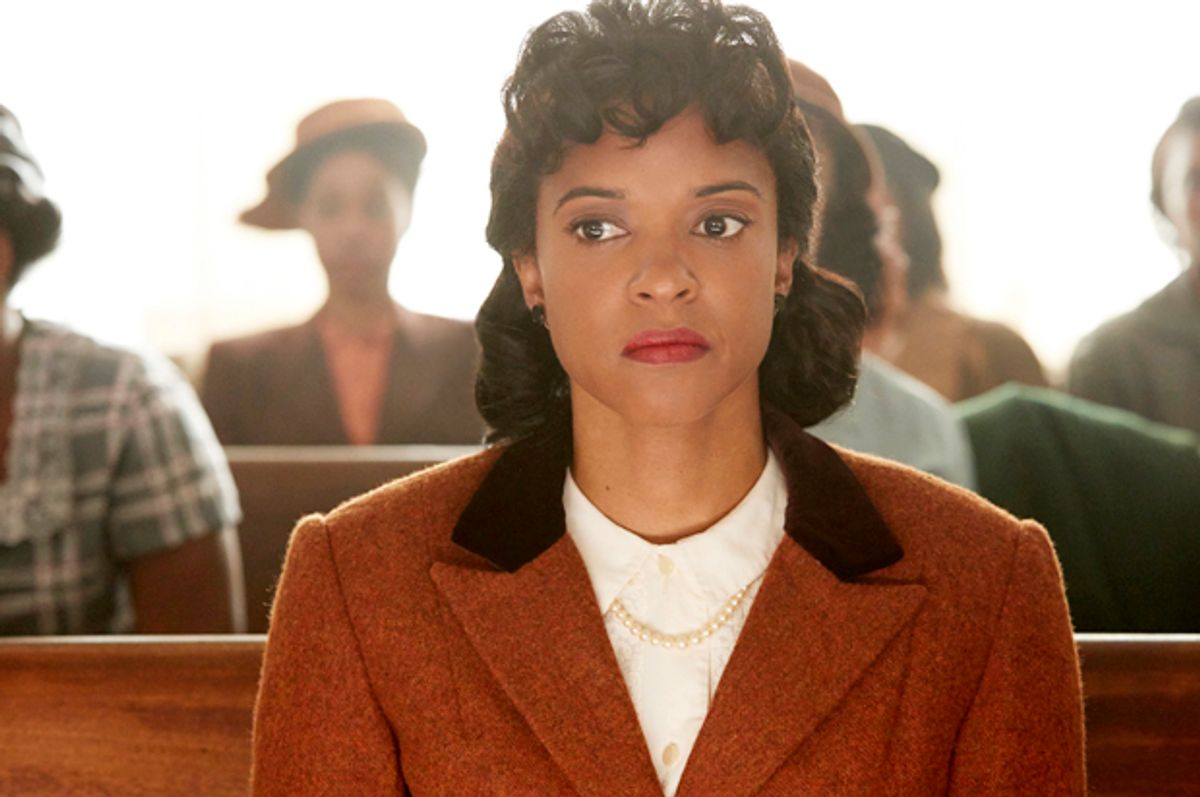 “The Immortal Life of Henrietta Lacks” is Emmy bait. No need to describe it otherwise. HBO is skilled in the ways of positive attraction when it comes to industry awards, and the channel is likely banking on multiple nominations for its adaptation of Rebecca Skloot’s extraordinary book.

The deadline for Emmy entries is May 31; as such, April is when the floodgates open and our DVR and streaming service watchlists bloat with must-watch, absolutely-cannot-miss series and specials.

And “The Immortal Life of Henrietta Lacks,” debuting Saturday at 8 p.m., merely falls into the category of should watch. Not must watch, not cannot miss, but should -- and not due to George C. Wolfe's workmanlike direction of the overall piece, but to witness what Oprah Winfrey does with her role.

Granted, the title has a built-in appeal that should guarantee decent tune-in; Skloot’s nonfiction work spent 75 weeks on the New York Times paperback bestseller list, riveting readers with the story of the woman behind the cell line known as HeLa, the first to survive and reproduce apart from its donor.

Since it was first discovered in 1951, HeLa’s cell strain has been given to labs around the world for research and experimentation. In 1954, a company began selling HeLa cells, giving birth to the multibillion-dollar biomedical industry. HeLa enabled Jonas Salk to create his polio vaccine, and it has since been used by scientists to aid in the battles against tuberculosis, cancer and countless viruses. In-vitro fertilization, treatments for Parkinson’s disease, HPV and flu inoculations -- all of these life-saving advances are thanks to HeLa and Henrietta Lacks, whose cancer cells gave rise to the strain.

Only a handful of people knew of Henrietta Lacks’ game-changing contribution to medicine -- namely the doctors at Johns Hopkins Hospital in Baltimore who harvested her tissue as she lay dying, without her knowledge or her consent, and without offering compensation to her family. Lacks’ relatives only found out when a doctor let that information slip while taking samples of their blood years after HeLa’s discovery. Much later Skloot would share this information with the world.

“The Immortal Life of Henrietta Lacks” is not a story about reconciliation or justice, but resolution, revelation and legacy -- moving ideas but, as shown in the film, lacking in dramatic tension. HBO’s movie condenses Skloot’s work into a winding and somewhat facile tale of unconventional friendship, following the author (played by Rose Byrne) as she sorts through frayed threads of the Lacks family’s memories about Henrietta.

The family has been taken advantage of by outsiders many times over the years, so they are hesitant to help Rebecca until Henrietta’s daughter Deborah Lacks (Winfrey) insists. Deborah’s decades-long yearning to stitch together a more complete memory of a mother she pines for drives her, clutching at her heart; Henrietta's medical records are all that she has, and Deborah guards them with an explosive fierceness.

Byrne plays Skloot and does an able job of capturing the determined and friendly curiosity of a journalist while believably conveying a muddle of unease and fear in the moments that Deborah’s moods take a darker turn. But Winfrey’s realistic portrayal of Deborah’s frequent and unpredictable shifts between manic optimism, blind rage and quavering despair eclipse everything around her.

Simply put, Winfrey has more colors to paint with in Deborah than Byrne gets with her character. It must be said, Byrne does a fine job. But Winfrey’s performance is a physical and temperamental whirlwind. Her Deborah walks with an unsteady imbalance, yet Rebecca struggles mightily to keep up and meet her energy. Curbing her changing moods, Rebecca finds, is all but impossible.

As telefilms go, “The Immortal Life of Henrietta Lacks” is solid and perhaps a bit too economic in its execution, and this makes it fall short of creatively soaring. That takes nothing away from its performances, which are the reason to tune in and the hook that may keep you watching. Henrietta looms large in Deborah’s life, and Renée Elise Goldsberry's luminous presence, seen in flashbacks, more than does justice to her memory.

Rocky Carroll, Reg E. Cathey and Leslie Uggams deliver portrayals that grant Henrietta’s loved ones a share of benediction in spite of the emotional impoverishment and misery they suffered after her loss. Winfrey, though, is the magnetic center in a piece held together by its performances. The film itself may not achieve Emmy immortality, but Winfrey has a powerful shot.