Science March: Bill Nye and scientists from around the world speak out against the suppression of science

Despite the rain, scientists descended onto the nation's capital to voice their support for science 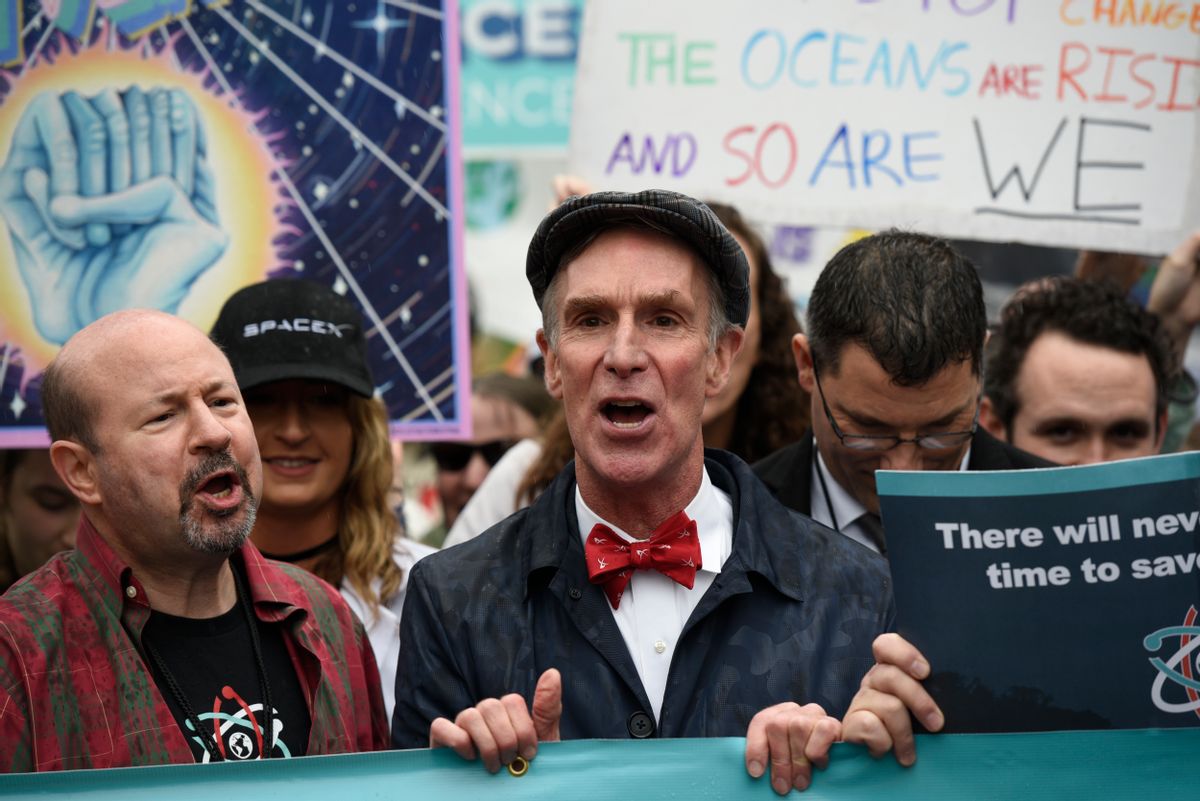 Thousands of concerned citizens, from scientists to science enthusiasts, marched in Washington on Saturday to protest the Trump administration's science policies, and its general apathy toward the pursuit of information and knowledge.

Headlining the march was Bill Nye, who has been vocal in recent months since President Donald Trump has indicated that he will reverse most of his predecessor's pro-science agenda.

In the April rain, Nye spoke on a stage about the failures of contemporary U.S. lawmakers. He argued that the framers of the Constitution would be more receptive to the findings of the scientific community.

"They knew that without the progress of science and useful arts, of engineering, our economy would falter," Nye said. "Without scientifically literate citizens, the United States, any country in fact, cannot compete on the world stage."

"Yet today, we have a great many lawmakers, not just here, but around the world, deliberately ignoring and actively suppressing science. There inclination is misguided and in nobody's best interest," he added.

Nye reminded the crowd that science has provided the U.S. and the global community the infrastructure and standard of living that we have today.

"Our lives are in every way improved by having clean water, reliable electricity and access to electronic, global information. Each is a product of scientific discoveries," he said.

"These vital services are connected to policy issues, which can only be addressed competently by understanding the natural laws at play, Nye concluded. "Our lawmakers must know and accept that science serves everyone of us. Science must shape policy."