“You know, he could not get laid in a whore house with a million dollar bill,” Maher said of O'Reilly's desires 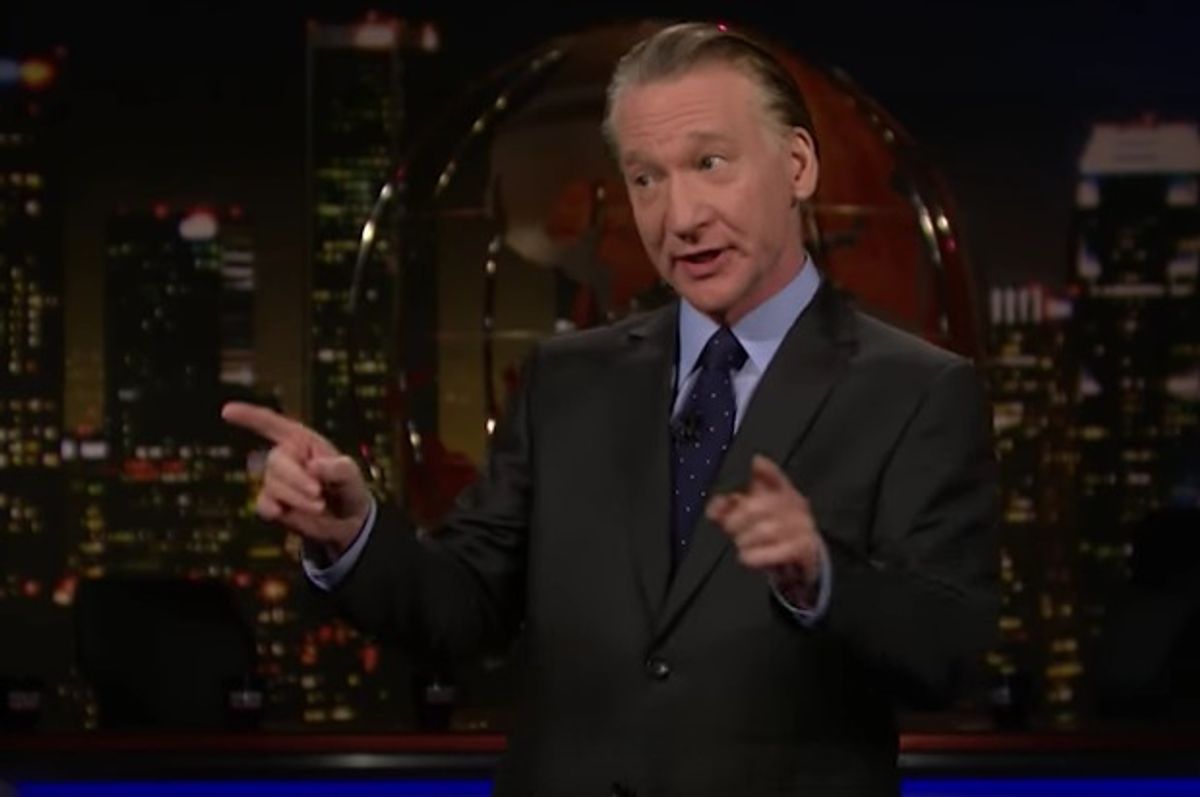 “Real Time" was back on Friday, and host Bill Maher took a bit of time out from his usual President Donald Trump-bashing to giggle about disgraced former Fox News host Bill O’Reilly.

Calling O'Reilly's forced departure the end of an era and a “settlement” by Fox News, Maher said the last straw for the embattled network was when a black woman employee emerged, saying "O’Reilly used to call her 'hot chocolate', which I find shocking. Fox News hired a black woman?” Maher joked. “There was universal condemnation. Even Sean Spicer said, "Come on, even Hitler didn’t call black women 'hot chocolate'."”

So O'Reilly's out, but who's still copacetic at Fox News, mused Maher? Sean Hannity.  “Amid all the troubles over there," said Maher, "I want you to know Hannity remains completely free of any sex scandal. Unless you count the nightly blowjob he gives to President Trump.” Pausing for laughs, Maher turned to his weekly digs on Trump, making fun of his promised health care reform that has not yet come, and making an analogy between Trump and a toddler.  "It's getting better, and better, and better. It's gotten really good, and people are liking it a lot!" said Maher, imitating Trump. "Then Ivanka gave him a lollipop."

“You know, he could not get laid in a whore house with a million dollar bill,” Maher said. “Even though he was very successful in his career, what he wanted, what he really wanted, was a woman to like him. ‘Like me, like me, somebody like me. You don’t have to f**ck me, just like me?'”