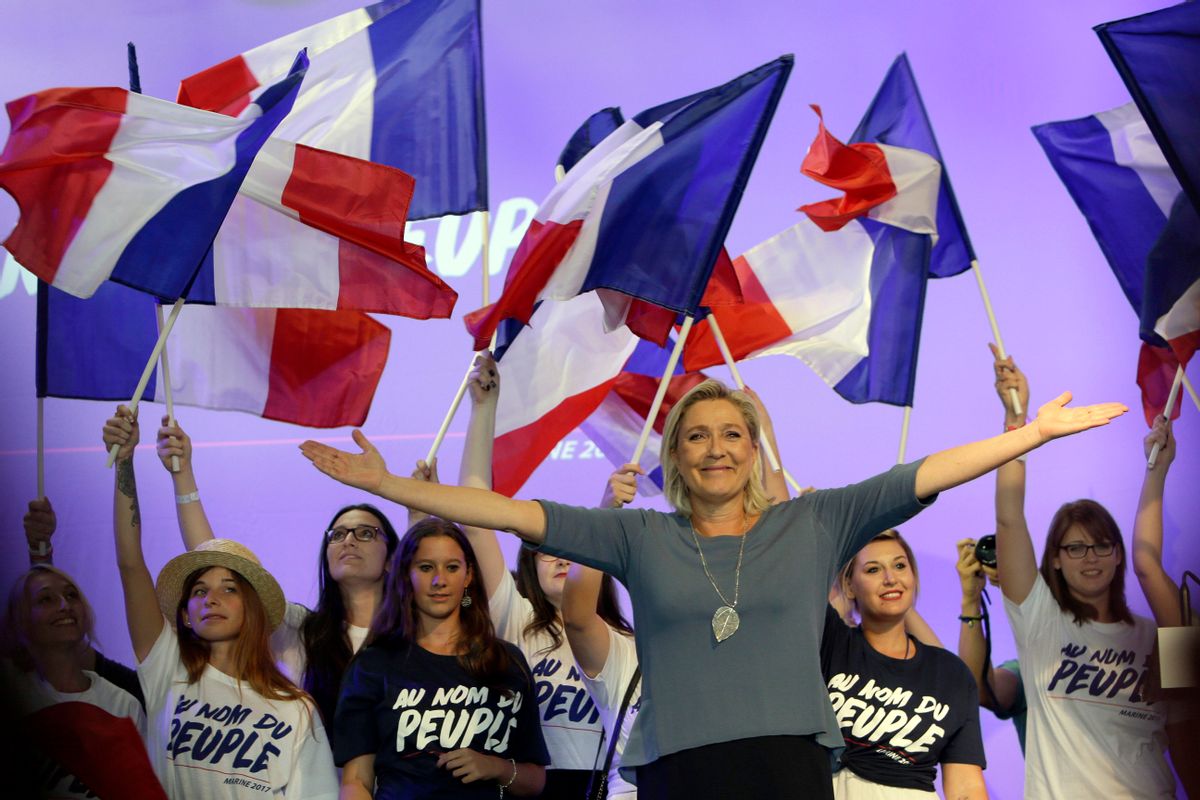 Centrist Emmanuel Macron and far-right leader Marine Le Pen have made it through to the final round of the French presidential election, early results suggest.

Center-right candidate François Fillon conceded the race and was competing for third place with far-left candidate Jean-Luc Mélenchon. Socialist candidate Benoit Hammon only put together a historically-low 6.2 percent, and has urged his supporters to unite against Le Pen in the final round.

The turnout rate was about 69 percent, which is slightly lower than the 2012 election turnout, according to the New York Times. The current results have Macron taking 23.7 percent of the vote while Le Pen trails closely behind with 21.7 percent.

After a terrorist attack in Paris on Thursday night polling areas across the country tightened security with tens of thousands of police officers and soldiers.

The election was viewed as a test for the populist wave that has swept across Europe recently including the landmark "Brexit" referendum in which the U.K. formally decided to leave the European Union. Le Pen is the leader of the far-right National Front that is anti-immigration and anti-EU. She has threatened to get rid of the euro currency and possibly even leave the EU altogether.

Macron, a former banker who has never held political office, is projected to handily defeat Le Pen in the final round of the election which will be held on May 7.

"The result, if confirmed, will mean a face-off between politicians with radically contrasting economic visions for a country whose economy lags that of its neighbors and where a quarter of young people are unemployed," Reuters reported.