Report: Despite denials, the U.S. Military blew up a mosque in Syria killing 38 people

Three separate investigations show that the U.S. Military bombed a mosque in Syria 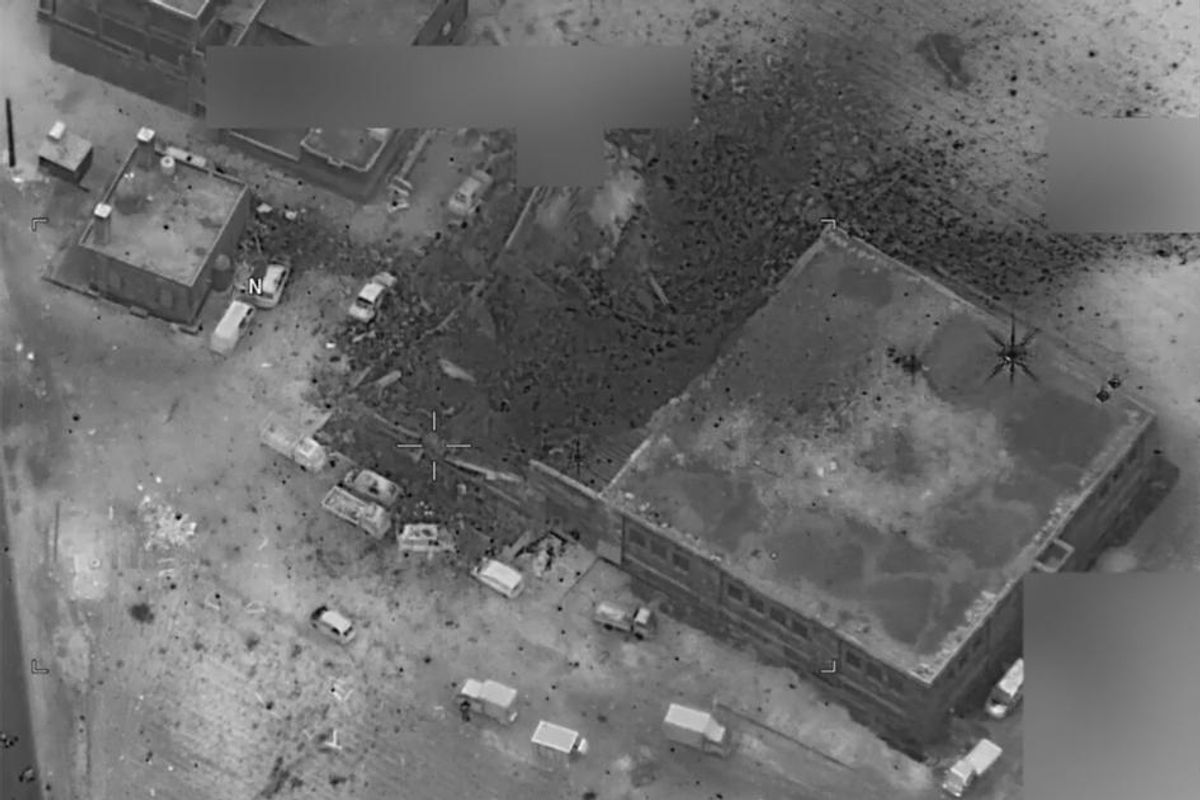 An aerial photograph released by the US Department of Defense after a March 16, 2017 US airstrike in al-Jinah, Syria, showing damage to part of a mosque.
--

On March 17, the U.S. military said it carried out an attack in Aleppo province in northern Syria that they claimed targeted a meeting of al-Qaeda members. At the time, locals and first responders insisted the targeted building was actually the Omar Ibn al-Khatab mosque where roughly 300 people gathered for religious lectures or nightly prayer. This week, three independent investigations conducted by Human Rights Watch, Forensic Architecture and Bellingcat have concluded that the airstrike targeted the mosque which "completely destroyed" the service section and shot at people as they fled, leaving 38 dead and dozens wounded.

When asked about the possibility of striking a mosque, Navy Captain Jeff Davis said, “The area was extensively surveilled prior to the strike in order to minimize civilian casualties,” according to the Intercept. “We deliberately did not target the mosque.”

A little over a month later research conducted by Human Rights Watch indicated "that US authorities failed to take all feasible precautions to avoid or minimize civilian casualties in the attack, a requirement under the laws of war."

Local residents said that there were no members of al-Qaeda or other armed groups in the mosque or the area at the time the strike occurred, according to HRW. Also adding that the religious group in charge of the mosque held services every Thursday between sunset prayer and evening prayer. The attack occurred at roughly 6:55 p.m., shortly after evening prayer ended.

While the US authorities appear to have fundamentally misunderstood the nature of the building they attacked, they also appear to have inadequately understood the pattern of life in the area. A US official said that the attack happened after evening prayer had concluded, implying that civilians had left the area. While it is not clear which prayer the official referred to, US statements about when the attack happened and information from those present at the mosque show that the attack happened at about 6:55 p.m., just 15 minutes before night prayer on that day. The fact that the night time prayer was about to begin is relevant even if US authorities believed that the targeted building was a community hall since they knew that a mosque was nearby. Information about prayer times is easily accessible online and should have been well known by US authorities.

HRW spoke with 14 witnesses some of which were in the mosque at the time of the attack, and also used some information that analyzed video footage and photographs provided by Bellingcat. Forensic Architecture created models of the mosque and demonstrated how the attack transpired in real time. However, all three investigations were conducted separately.