Art of the deal: Angela Merkel had to repeatedly tutor Donald Trump about the European Union 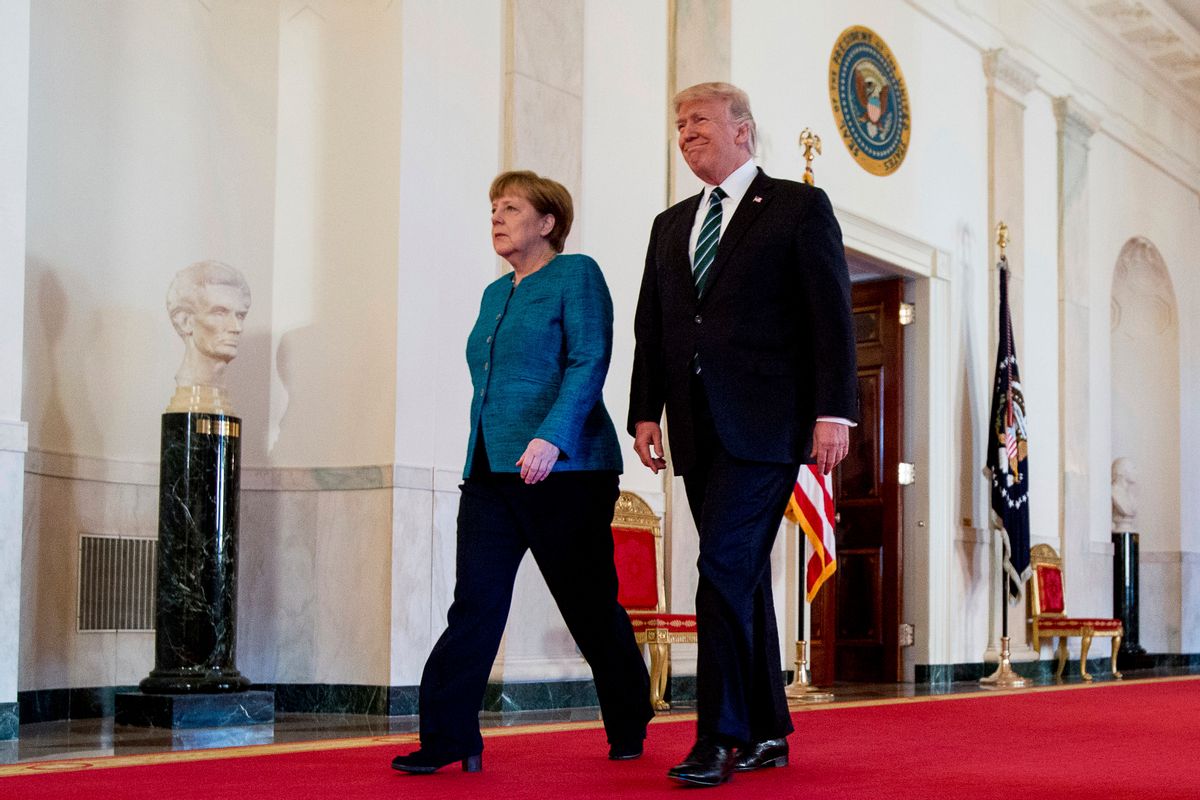 It turns out that Donald Trump is bad at making deals. Yes, the guy who once said "you can't leave the White House, go to Hawaii and play golf for three weeks and be a real deal-maker. It doesn't work that way," is the very same guy who tried to circumvent the European Union and cut a bilateral trade deal with Germany and when refused the first time, he asked 10 more times, according to the Times of London.

"On the eleventh refusal, Trump finally got the message, 'Oh, we’ll do a deal with Europe then,'" the official added.

Merkel explained to Trump that he must instead negotiate with the EU in its entirety after his administration's efforts to reach out to the nations individually had been denied. Merkel also said to her own cabinet members that Trump only had "very basic misunderstandings" regarding the "fundamentals" of the EU and multinational trade agreements.

The Trump administration then decided to it was more valuable for the U.S. to prioritize a trade deal with the EU rather than one with the U.K. after their referendum in June to formally leave the pact, a source close the White House told the Times of London.

Any quick deal between the U.S. and Europe could come as a blow to British Prime Minister Theresa May who had hoped to win a promise of deeper trade ties when she became the first foreign leader to meet Trump in office in January.

Trade became a major issue during the Brexit campaign when the then-president Barack Obama said Britain would go to "the back of the queue" for a deal if it voted to leave.