Want to know what sea level rise will do to the environment? There's an app for that 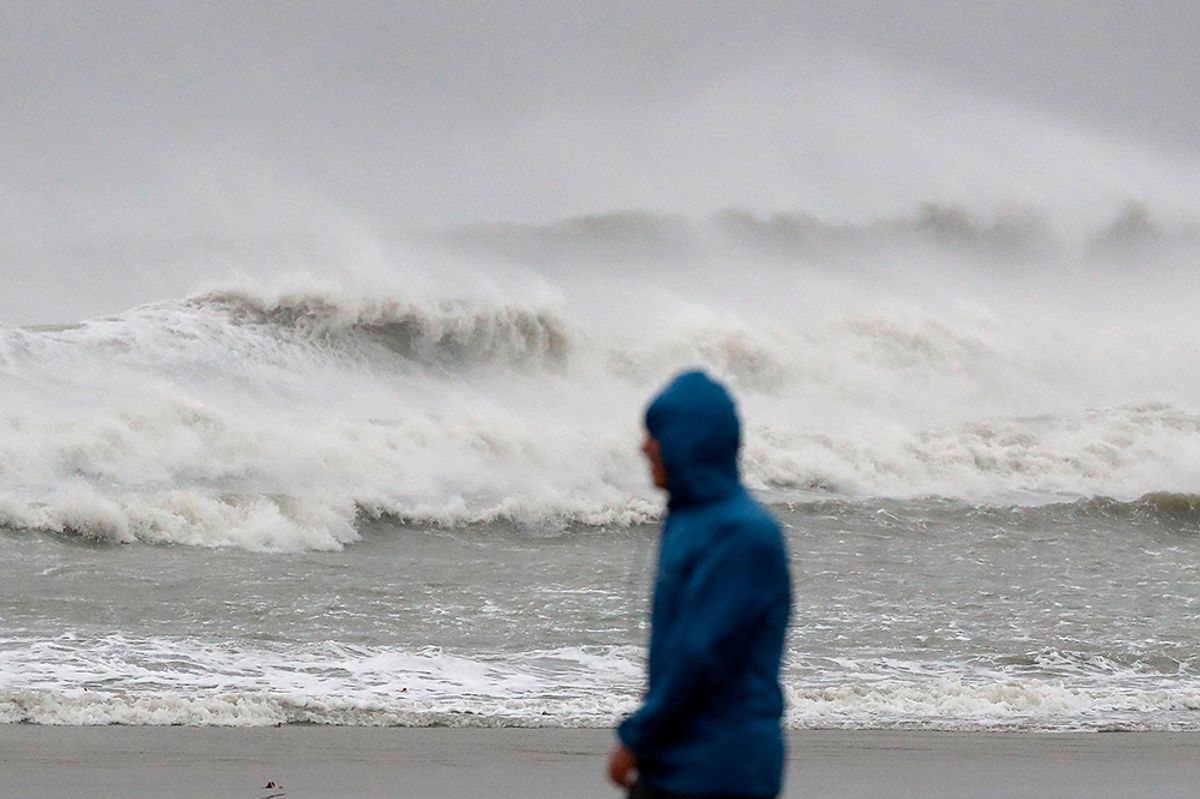 The oceans are rising and already creating problems from Boston to Miami. But the true scope of what the world is in for is hard to imagine.

Standing on dry land today and knowing that it will be underwater by 2100 is understandable in some abstract way, but abstractions don’t exactly move people to undertake action, let alone at the scale needed to address climate change.

Justin Brice Guariglia, a Brooklyn-based artist, wants to change that.

“We’re experiencing something so slow we can’t see it, but so quickly that we can’t ignore it,” he said.

That’s why he released a free iPhone app on Thursday called After Ice. It uses NASA sea level data, geolocation and augmented reality to put users “underwater” in New York. Consider it climate communication in the selfie age.

Fire up the app and you’re immediately confronted with collapsing ice to set the scene. It’s that ice, melting at unprecedented rates in human history, along with the expansion of ocean water due to rising temperatures that’s the root of sea level rise.

Oceans have risen about a foot since measurements began more than a century ago. But they’ll rise much more than that in the coming decades as ice melts and waters continue to warm.

After Ice transports you to a future New York inundated by higher seas. To try it out, I took it for a spin in Morningside Heights. As the name belies, it’s one of the higher neighborhoods in Manhattan, sitting about 135 feet above sea level.

Oceans are not going to rise that high in the next few decades, or even by 2100. But the app uses data from the New York Panel on Climate Change, which indicates sea level rise could rise 6 feet by 2100.

It also uses other NASA data showing how much ice sheets in Greenland and Antarctica would have to melt to reach that height. According to the app, it would take 59 percent of the ice sheets to disappear to put my lofty perch underwater with the fishes.

For people not in the New York area, Guariglia also included a view of the Wall Street Bull. The iconic statue could be underwater by the end of the century if carbon emissions aren’t cut.

The experience with the app is quick — a friend sitting next to me dubbed it a “three minute app.” But Guariglia is also making sure the experience extends beyond the screen. Users can print out stickers and put them on telephone poles, buildings or other (legally accessible) surfaces at the height where water will be by the 2080s.

“The idea is that you can really engage personally, but you can help engage people in your community,” Guariglia said, noting that we need to be having more open dialogues about the future we face.

The project is a natural extension of Guariglia’s artwork. He’s flown with NASA over the vast expanses of the Greenland ice sheet. Using aerial photography as a base, he then “paints” massive landscapes using a high tech printer that renders shimmering scenes of undulating ice.

He focuses on those places because they’re inaccessible, but they're vitally important to understand what’s at stake with climate change. The app is a way to make it a little clearer to people.