What can prevent Donald Trump from packing the judiciary?

There are over 120 judicial vacancies, but don't be so certain that Trump will fill them all 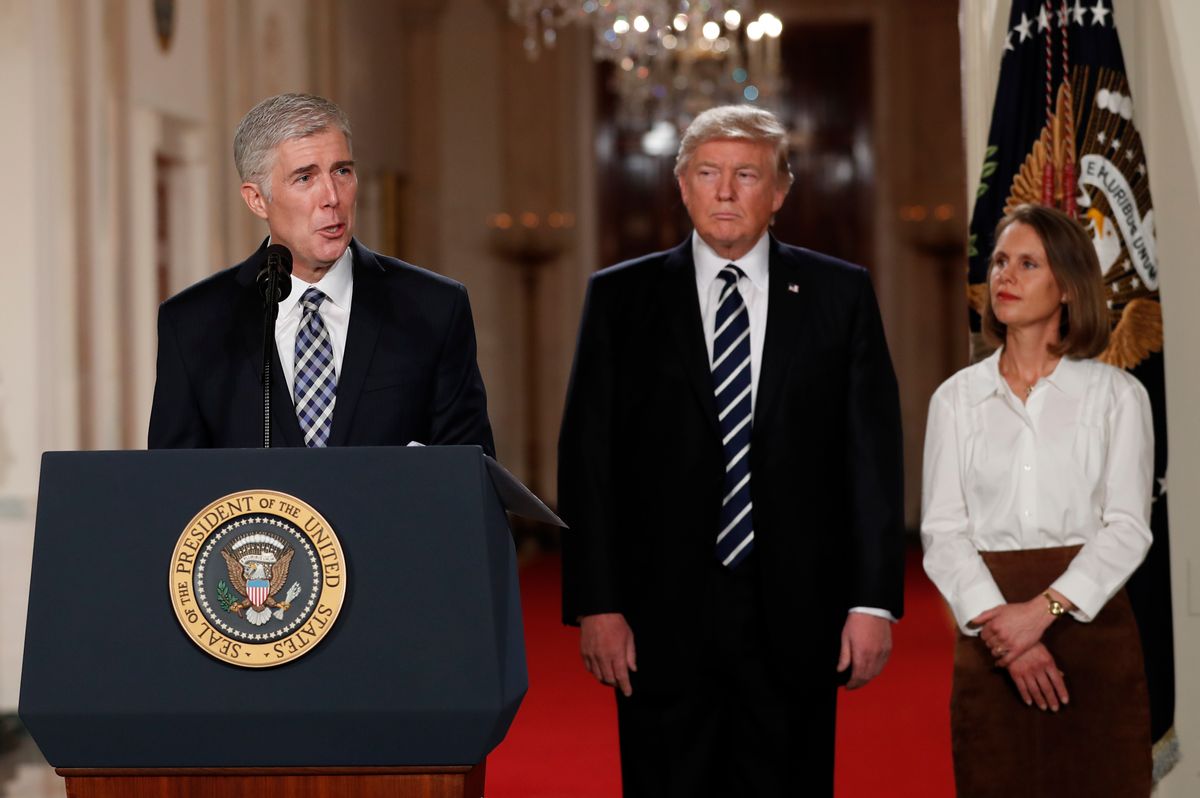 With Neil Gorsuch safely ensconced as the ninth justice on the Supreme Court, Republicans in the Senate are hoping they can work with the Trump administration to fill over 120 vacancies on the lower federal district and appeals courts.

With Senate rules now prohibiting the filibuster of all judicial nominees, this means that President Donald Trump's nominees only require a simple majority vote.

While Democrats will be procedurally unable to block individual nominees from going through, it is actually possible that Trump may not be able to fill all the 120 slots for several reasons:

1) Senate Democrats cannot stop nominees, but can slow down the process for them getting confirmed. This was something Democrats already did with the Gorsuch nomination. Much to the irritation of the GOP's majority leader, Mitch McConnell, the Gorsuch vote was delayed for several weeks thanks to several procedural hurdles erected by Senate Democrats. Their leader, Chuck Schumer, hasn't said whether he intends to do this for appeals and district court nominations but there isn't any indication he opposes the idea.

The procedural delaying tactics, things such as points of order and motions for unanimous consent, can not only delay individual judges' confirmation votes, they can also delay the entire Senate voting calendar. Depending on how much Democrats want to use them, the more judges Trump nominates, the slower the Senate will move.

2) The dysfunctional behavior of the congressional GOP means that it has to waste an enormous amount of time on other issues. Back when Barack Obama was the president, the congressional Republicans voted on scores of useless "defunding" measures designed to cripple various aspects of the Affordable Care Act. They voted many other times to completely get rid of the law as well. In both cases, these votes were entirely for show.

As the recent American Health Care Act debacle showed, congressional Republicans haven't gotten any better at governance now that their party has the presidency. From a purely legislative standpoint, the first 100 days of the Trump administration have yielded essentially no major accomplishments.

Instead of moving on to other measures, Trump and the congressional GOP are trying again to push an Obamacare repeal through the House while simultaneously trying to pull off massive changes to the tax code. The Senate Republicans haven't had any legislation to formally consider as of yet but their leadership has still had to play some part in the ongoing negotiations. The more Republicans spin their wheels on healthcare, the less time they'll have to push through Trump's judicial nominees.

3) The Trump Administration doesn't appear very concerned with nominating people to government appointments. While the White House was quick to nominate Gorsuch to the Supreme Court, the administration has a poor record on filling high-level federal positions within the bureaucracy — even ones that do not require Senate confirmation.

In some measure, this is because the Trump White House itself is dramatically understaffed, in large measure because the president and his team won't hire a Republican who they thought was too critical of Trump during last year's primary battles.

But that's not entirely it, however. Because of the conservative movement's fundamental concept of the role of government, it simply does not place as high of a priority on issues that involve the nuts-and-bolts of governance as it does on highly controversial subjects.

A caveat: While the GOP at large isn't very interested in the mechanics of making the government work, there is a very large and well-funded conservative organization which does, the Federalist Society. The nationwide network of right-wing attorneys and law professors is very concerned about the judiciary.

Undoubtedly, the Society will help to counteract some of the dysfunction mentioned above, but there's no telling to what degree. After all, Trump, McConnell, and House Speaker Paul Ryan were extremely eager to push through their Obamacare replacement and use its budget cuts to finance a massive tax cut.

More than likely, Trump will be able to confirm a large number of nominees to the lower courts but probably not as many as some of his Democratic critics may fear.