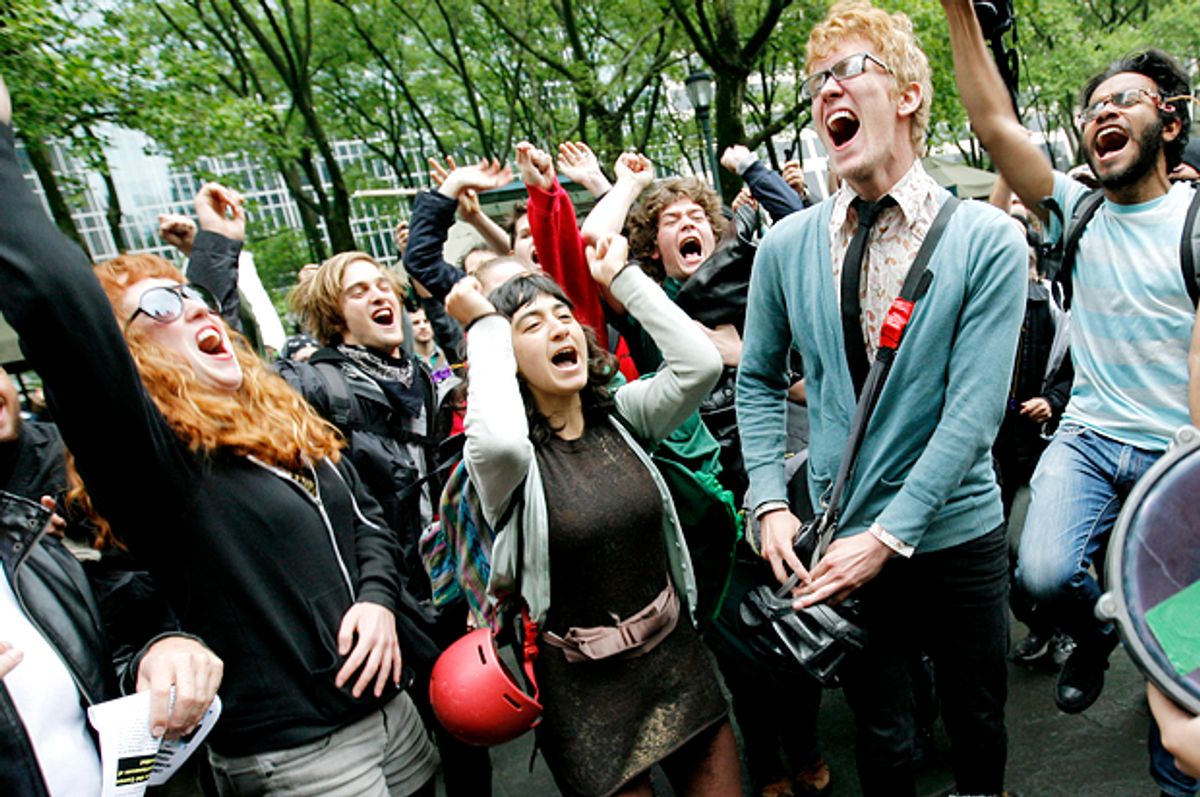 Meanwhile, the Trump administration is doing all it can to accelerate inequality. The billionaire appointees, the Goldman Sachs economic advisors, the hollow health care and tax proposals all are designed to move more money into the hands of the few.

Unfortunately, the mainstream Democrats are hardly better when in comes to runaway inequality.

Most politicians and pundits throw their hands up in despair. They argue there is really nothing we can do about rising inequality because of the powerful impacts of global competition and automation. Those who are falling behind just don't have the skills needed to prosper in the modern world. Life is unfair. Get used to it.

But, these fatalists are dead wrong. There is ample evidence to show that many other nations have far less inequality but are also using the most advanced technologies, and are more open to foreign competition. (See here.)

Furthermore, the mainstream Democrats have convinced themselves, that despite the Sanders surge, most Americans do not support bold policies to reverse runaway inequality. These officials believe that most Americans reject "socialistic" programs.

Does a social democratic program appeal to most Americans?

We decided to test the mainstream Democratic Party phobias by asking 200 randomly selected 18 to 40 year-olds to evaluate a strong platform aimed at reversing runaway inequality.

The results clearly demonstrate that these younger people are more than willing to embrace bold proposals. Please keep in mind that approximately 30 to 40 percent of these respondents voted for Trump.

What will it take to wake up the Corporate Democrats?

The Democrats now are trying to move "economic issues" into their core message.  That's not good enough. As we see from our survey, younger Americans in particular are hungry for more than platitudes about economic opportunity, public private partnerships, reduced tuition loans and other half measures.

What the Democrats are offering can be co-opted by Trump's faux populism.  But a strong agenda to reverse runaway inequality cannot.

Rather than embrace these proposals mainstream Democrats are likely to reject our survey because it doesn't jive with the milquetoast questions posed by their high-priced pollsters, and because it challenges their cozy relationships with Wall Street and corporate elites.

But we can't afford to sit around and moan this sorry state of affairs. Millions are in motion and eager to get more involved.  We need to break through the false narratives and continue to prove that Americans want a much fairer society.

For starters, we could turn this agenda into a circulating petition, get 20 million or so to sign it, and then shove it in the face of every politician. Then maybe, just maybe, we'll see growing support for real policies to reverse runaway inequality.