Donald Trump plans to fill the National Labor Relations Board with union-busters: report 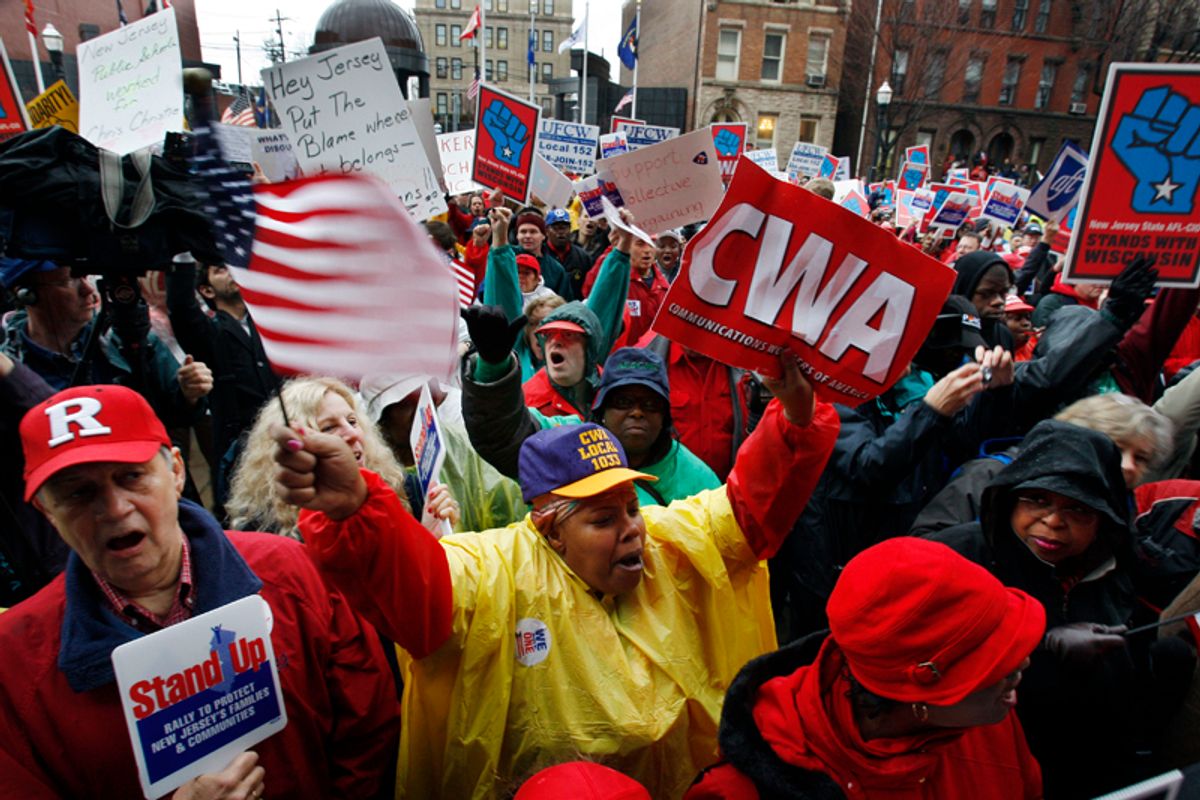 Just a few weeks ago at a building trades convention, President Donald Trump promised labor leaders that they would "always find an open door" at the White House. That open door seemingly was shut in their faces.

Trump will soon nominate a union-buster to sit on the National Labor Relations Board, according to a Politico report. The NLRB was established in 1935 as an independent government agency to protect unfair labor practices and collective bargaining.

Three labor attorneys are on Trump's list to fill the NLRB, which has two vacant spots. None of them support unions. Minneapolis attorney Doug Seaton is one of them, calling himself a "lawyer for employers."

"He makes his living, in part, by hiring himself out to managers on whose behalf he urges workers not to join unions," Politico reported. Republican presidents since Ronald Reagan have been strongly opposed to unions, and frequently named anti-union executives and attorneys to the NLRB.

"That is way out of line," said Larry Cohen, former president of the Communications Workers of America, according to Politico. "Seaton would represent one of the worst-ever nominees to the NLRB." Added Politico:

Randi Weingarten, president of the American Federation of Teachers, agreed. "Doug Seaton's potential nomination," she said in a written statement, "would be the latest example of Trump turning his back on workers." Seaton "has spent his professional career fighting workers' effort to join unions and gain a voice on the job," she said. "He has no place on a board whose sole mission is to empower and protect working people."

The preamble to the National Labor Relations Act, the 1935 law that created the NLRB, declares it "the policy of the United States" to encourage "the practice and procedure of collective bargaining" and to protect "the exercise by workers of full freedom of association, self-organization, and designation of representatives of their own choosing, for the purpose of negotiating the terms and conditions of their employment."

Union-busters are required to publicly disclose anti-union campaigns. Seaton has made six disclosures and is currently leading a seventh campaign to decertify the Service Employees International Union from representing Minnesota's 27,000 home health care workers. However, he is not required to register this because under state law "personal care assistants" are public employees, according to Politico.

Joe Schmitt, a management-side lawyer in Minnesota who worked with Seaton back in the 1990's told Politico that Seaton was "very sharp" and that "there isn’t anyone who knows the substantive area better." But added that he is extremely management-side."

"I’m on the same side as Doug, but he is one of the most extreme management-side lawyers I know. I’m not a big fan of unions, but Doug is much less of a fan.”