It's fun to get "Wasted!" This food waste film doesn't taste like spinach on your plate 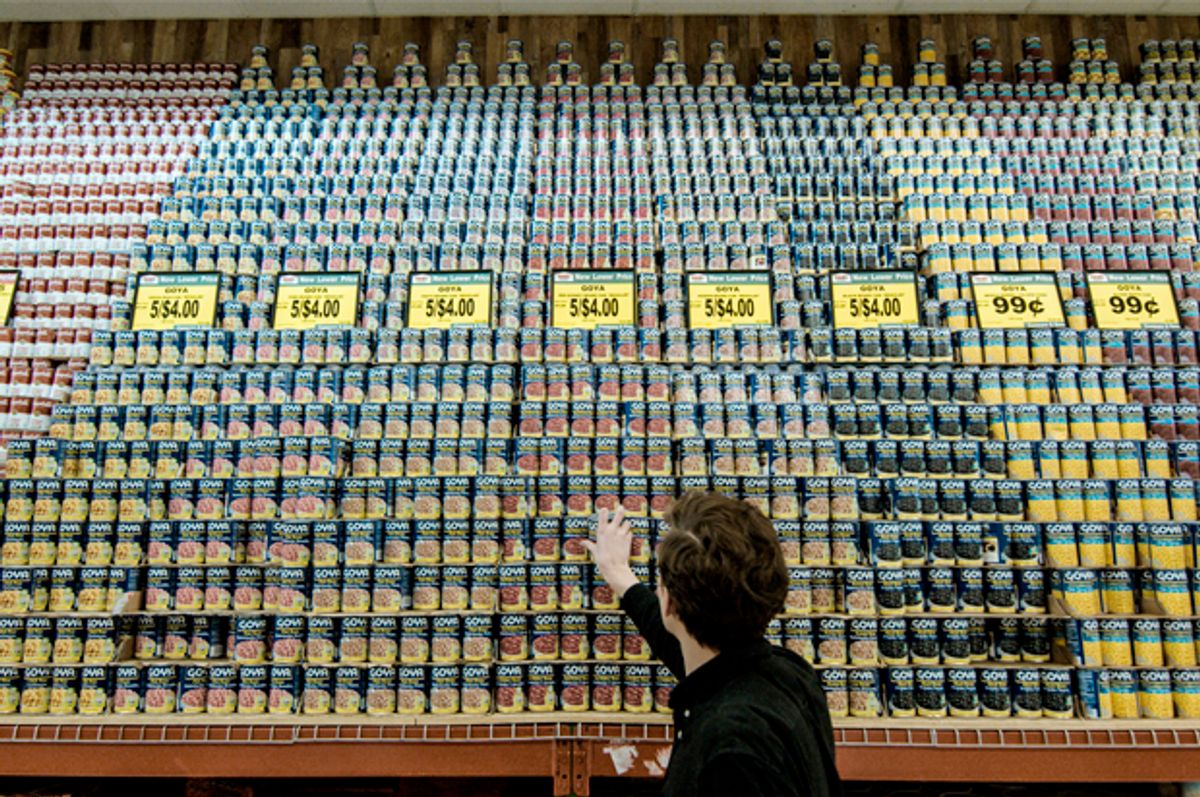 "Food waste was a lowly place to be," said food waste activist-pioneer, Tristam Stuart, recalling a lackluster gathering a few years back. But last Saturday night, observing a thriving Tribeca Film Festival crowd at the Mission Chinese restaurant in downtown New York, he admired how far his cause had come. "It is a different place to be today."

Indeed, Saturday’s world premiere of the film "Wasted! The Story of Food Waste" is coming at a watershed moment (the current Trump administration not withstanding) when the foodie movement and environmental consciousness have permeated the culture at critical mass levels. It only makes sense that the issue of food waste would rise out of the trash bin.

What’s the issue? According to the "Wasted!" team, 40 percent of food produced in the U.S. is wasted, totaling 63 million tons lost each year and costing $218 billion. Plus, 90 percent of food waste ends up in landfills. What’s wrong with landfills? Consider this: A head of lettuce, when dumped in a landfill, takes 25 years to decompose. Who knew?

All of which is why the Rockefeller Foundation has committed $130 million to combat food waste in its YieldWise program. “There’s been a groundswell of interest in this arena,” said the foundation's associate director of strategic planning, Devon Klatell. “And there’s a negative impact that we can really prevent.”

As part of that effort, the nonprofit partnered with production company Zero Point Zero to make "Wasted! The Story of Food Waste" a social issue film that like "Food, Inc." or "An Inconvenient Truth" doesn’t feel like, pardon the expression, spinach on your plate. It moves along at a fast pace and it’s funny. With executive producer Anthony Bourdain delivering some of his most impassioned and clever quips in a long time, in addition to interviews with screen-savvy chefs such as Mario Batali and Mission Chinese’s Danny Bowien, the film doesn’t feel didactic or dry.

And Stuart leads the way by discussing his brewing of Toast beer in his native England; the beer is partly made from discarded bread.

“You can get wasted on waste,” Stuart chortled at Saturday’s premiere.

The party featured the first keg of Toast beer in the U.S. — it’s excellent, on par with, say, Sixpoint — as well as juice from Misfit (made from undesirable fruits), and a waste-themed menu (sashimi with fermented lemon rind vinaigrette; shrimp shells ground up to make shrimp powder; dishes made with the skin of fish and pigs) concocted by Bowien and his chef Angela Dimayuga.

“As a chef, I had it ingrained in me to not waste food,” said Bowien, who, in his first cooking job had a bag tied to his waist in which he had to put his waste. The chef checked the bag regularly to see what he was discarding. “But this documentary helped me understand the problem on another scale and also what can be done about it.”

"Wasted!" directors Anna Chai and Nari Kye, the latter of whom was wearing an eco-friendly dress made of corn husks, were “over the moon," according to Kye, about the audience’s reaction to the film. “They laughed a lot. And at the right times.”

The film is up for acquisition, so its public release date is to be determined, but there are Tribeca screenings on Tuesday and Wednesday of this week. What follows is an edited interview with Chai and Kai, which occurred the day before the premiere.

So what’s the big issue about waste?

Nari Kye: Food waste matters because it’s a huge problem that people don’t realize is a problem. Forty percent of the food we raise is thrown away and it’s completely edible. Meanwhile, there are 800 million people in the world going hungry. So the problem is very real and people are not aware of it. And we’re hoping with this film, we can start a conversation that needed to be started way earlier. I think now is a great time to be coming out with the film. I think people are ready. I think there could be a big cultural push like there was for recycling years ago or anti-littering or wearing seat belts. This issue is completely relatable.

How have you personally changed your behavior since working on the film?

Kye: I started composting a little before working on the film but I am now preaching like it’s the gospel. Personally, I am much more cognizant of the food I bring home, what I order at restaurants and how I cook things. I have a 3-year old child and being able to plant the seeds of awareness has been very eye-opening. It’s become second nature in my actions towards food. I find myself talking about it constantly with friends and neighbors. We have numbers that’ll scare the pants off of you.

Anna Chai: [Something like] 1.3 [billion metric] tons of food is wasted every year. Forty percent of the food in America gets thrown out. Ninety percent of the food that gets thrown out in America ends up in landfills, which doesn’t decompose properly and releases methane gas. The average family of four will throw out $1,500 worth of food each year.

Kye: And who wouldn’t want to have that $1,500 in their pocket these days?

Social issue docs can be very dull. Was that on your mind while putting this together?

Kye: It was something we were very cognizant of while making the film. We watched a lot of other films, like "An Inconvenient Truth," "Waste," "Food, Inc.," "Fed Up," even "Amy," about Amy Winehouse. We looked at the past five years of Oscar-nominated docs. We watched everything.

Chai: We wanted to scare people a little bit but a big motivator was to make the film accessible, not all doom and gloom. We wanted to show people who are doing positive things — to empower consumers to make a difference.

Kye: We wanted to keep the film fun, which wasn’t hard because a lot of what people are doing is very accessible and cool.

With Toast beer, you really show that. You also got some good quotes from Tony Bourdain.

Chai: Nari and I work with Tony [on the shows "No Reservations" and "Mind of a Chef"]. What I love about Tony is he tells you exactly what he thinks. He’s not rehearsed at all. You are not going to get him to say something he doesn’t feel.

Kye: He doesn’t consider himself an activist but he wrote a book called "Nasty Bits," after all. He believes in this.