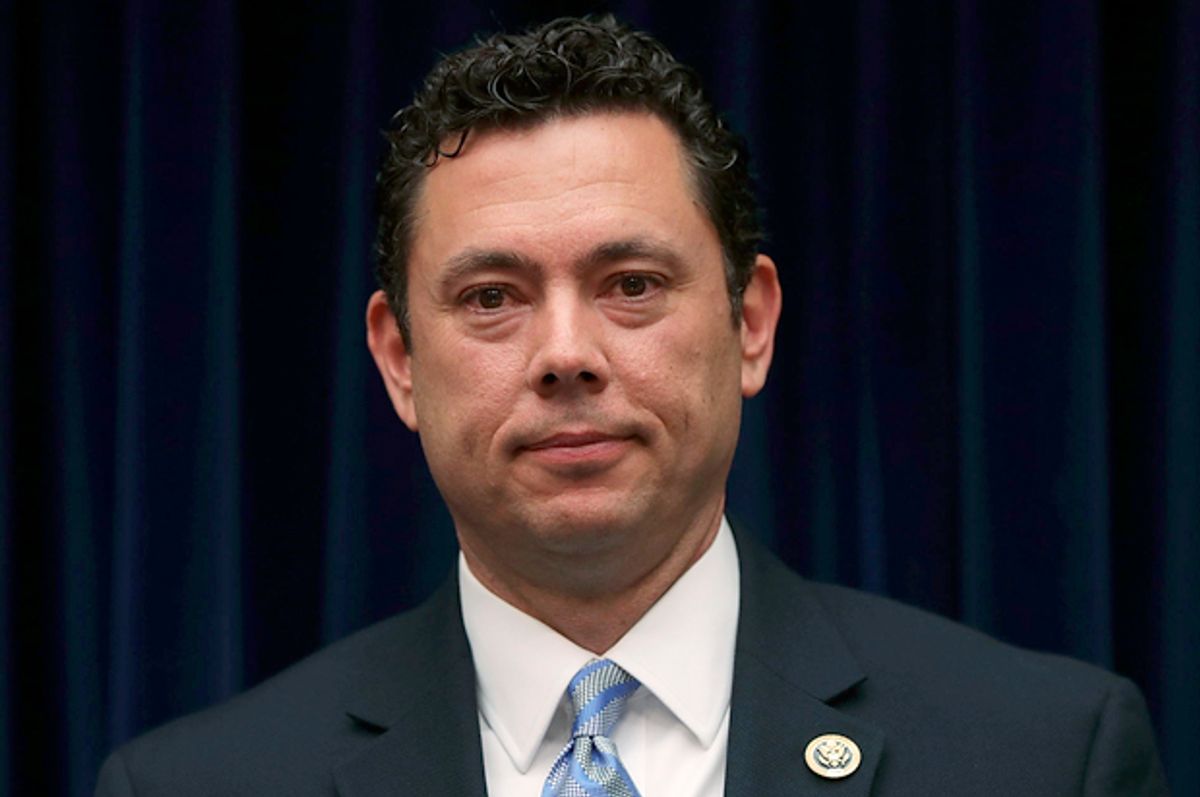 Flynn "was supposed to seek permission and receive permission from the both the secretary of state and the secretary from the Army prior to traveling to Russia to not only accept that payment but to engage in that activity," the Republican committee chairman, Jason Chaffetz, said in a joint news conference with the ranking Democrat on the committee, Maryland Rep. Elijah Cummings. "I see no evidence that he actually did that."

Added Chaffetz: "This is something General Flynn was supposed to do as a former officer. . . . No former military officer is allowed to accept payments from a foreign government."

The House Oversight Committee is probing whether Flynn disclosed several foreign payments when he applied for a government security clearance. In his original White House ethics disclosure, Flynn failed to include payments from Kremlin propaganda network RT for a paid speech at a Moscow gala where Flynn sat at the same table as President Vladimir Putin of Russia.

"Personally, I see no information or no data to support the notion that Gen. Flynn complied with the law," Chaffetz said at Tuesday's press conference. Cummings added, “We received a response from the White House refusing to provide any of the documents we requested.” Cummings said,“The White House has refused to offer a single piece of paper in response to this committee’s bipartisan request.”

Chaffetz to @mkraju: Flynn was supposed to seek permission and receive permission . . . prior to traveling to Russia https://t.co/J6ocYD9D4o

Earlier on Tuesday the White House's director of legislative affairs, Marc Short, wrote in a letter to the House Oversight Committee, “We are unable to accommodate” many of the requests, adding that the White House does not have many of the documents in its possession.

Flynn resigned as national security adviser in February after the White House said he had misled Vice President Mike Pence about the extent of his contacts with Russia's ambassador to Washington during the transition before Trump assumed the office of president.

Cummings said on Tuesday that Flynn should appear before the committee because he had “concealed” his foreign payments. “This is a major problem,” Cummings said. “It also says this, and let me quote is directly: ‘The U.S. Criminal Code (Title 18, Section 1001) provides that knowingly falsifying or concealing a material fact is a felony which may result in fines and/or up to five years imprisonment.’”

The House Oversight Committee investigation is one of several on Capitol Hill examining ties between Donald Trump campaign's ties with Russia.

Cummings: Flynn's failure to report the funds is a major problem https://t.co/olmjyibuHy