LISTEN: John Waters on what the Trump resistance needs: "Bring back terrorism of humor to humiliate the enemy"

On Salon Mix this week: Amanda Marcotte talks to John Waters about how to "Make Trouble" from the inside 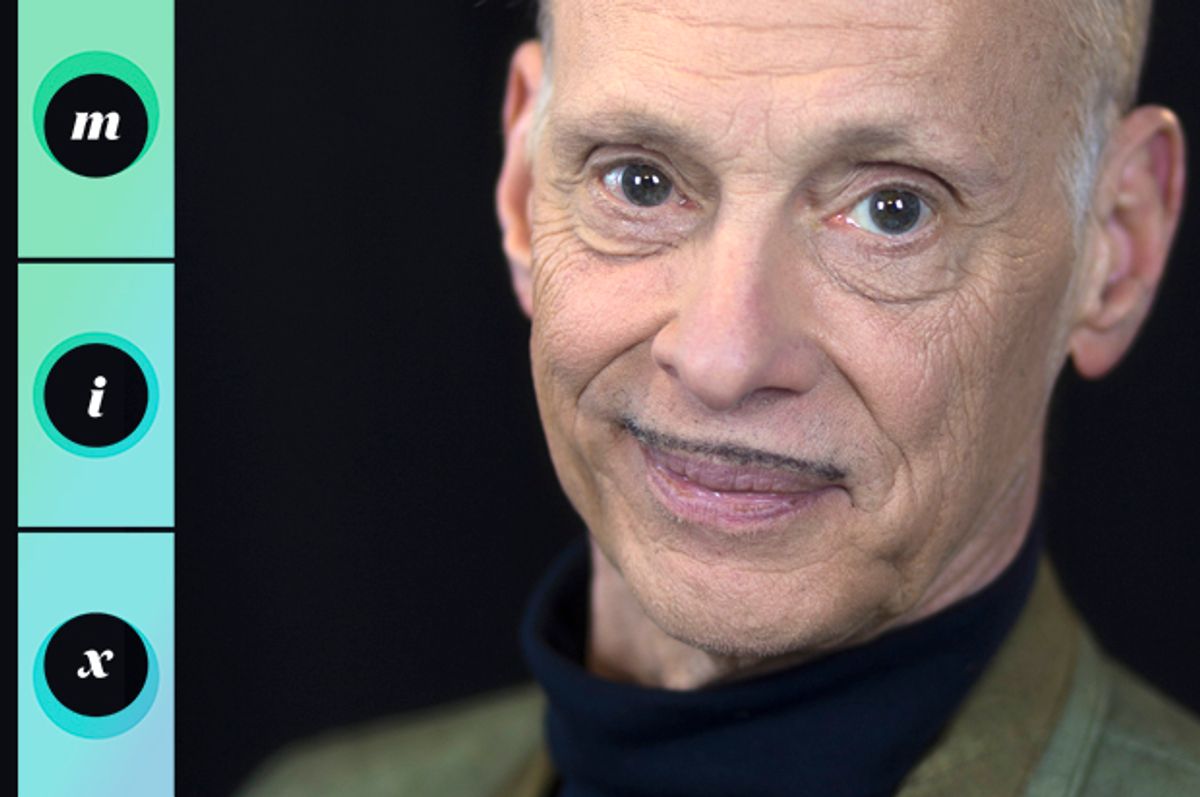 How many of us can remember the keynote delivered at our own graduation? I barely remember my own undergraduate commencement speaker — I think it was Elaine Chao? She talked about . . .  the transportation industry? But surely the Rhode Island School of Design's class of 2015 will carry filmmaker, artist, author and cultural icon John Waters' words of wisdom with them for years to come.

His commencement speech, which went viral, is now a book from Algonquin. With its hot pink jacket and bold cover type, "Make Trouble" delivers words of wisdom for young artists from the elder statesman of the weird, wild pop culture fringe.

"You're lucky," Waters writes. "When I went to school, my teachers discouraged every dream I ever had. I wanted to be the filthiest person alive, but no school would let me. Today, you could possibly even make a snuff movie in college and get an A+."

Waters' "filthy" films are now revered not only as camp but as art — and also, as Salon's Andrew O'Hehir pointed out in an essay about Waters' second feature film, "Multiple Maniacs," inherently political and radical statements:

It was intended as something else, surely; as an anti-political statement, or an announcement that all the politics of that contentious era were shallow and stupid. This is a movie in which suburban housewives are lured into a traveling freak show called the Cavalcade of Perversion, where they watch “actual queers” kissing and a man eating his own vomit, before they are robbed and murdered. It’s a movie in which the character called Divine, played by the real person of that name — who today would be called transgender but back then was described with less sensitive terminology — has a lesbian sexual encounter in a Catholic church and is later raped by a giant lobster.

But from a distance of 45-plus years, “Multiple Maniacs” is unmistakably a political statement, in much the same way as Mick Jagger was making a political statement that year when he told us that we all needed someone we could bleed on. (This is difficult to remember now — and difficult for younger people to believe at all, no doubt — but the Rolling Stones were once dangerous.) It was an attack on everything that passed for normality and decency in 1970, and also on the banal peace-and-love ethos of the hippie counterculture. “Violence was this generation’s sacrilege,” Waters wrote in his 1985 autobiography, “so I wanted to make a film that would glorify carnage and mayhem for laughs.” One member of the Maryland Board of Censors announced that the garbage was too good a place for Waters’ film, and a print exported to Canada was seized and destroyed.

In this episode of the Salon Mix podcast, Waters sits down with Amanda Marcotte to talk about how to really be on the cutting edge, what the #Resistance needs, Donald Trump's bad taste and how to develop your own talent and style.

"Today Hollywood makes $100 million gross-out movies that aren't funny," Waters told Marcotte. "Which is the opposite when I started making 'Pink Flamingos.' I tried to put a scene in it — and pornography had just become legal — [and I thought] what can't you do yet? What is there no law against yet? That's a good place to start."