Uber in the sky is coming: After decades of fantasy and effort, the “flying car” is becoming reality 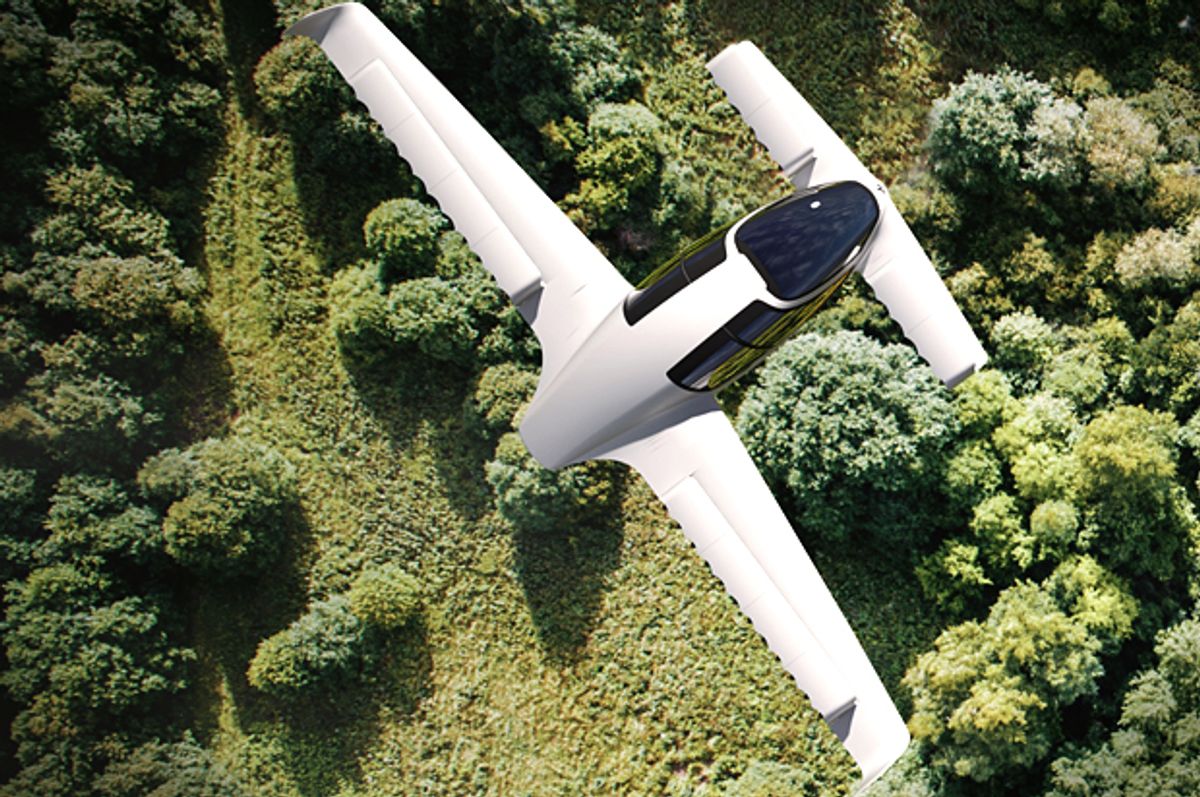 You’ve probably noticed them in the films “Blade Runner” or “The Fifth Element.” They feature prominently in the 1960s cartoon series “The Jetsons” and were a staple of 1950s-era magazine articles making lofty predictions about what life would be like by the end of the past century.

But despite many attempts to build and market flying cars — the first patent for one was issued in 1918 — only recently have technological innovations empowered efforts to design, build and deploy faster, quieter and cheaper alternatives to helicopters. Today there are several startups worldwide working on some variation of this new kind of electric aircraft.

“What’s changed is the technology of batteries and electric motors,” Egil Juliussen, IHS Markit's director of research and principal analyst in the automotive technology, told Salon. “As the cost of batteries comes down, this becomes more viable, and so all of [a] sudden there are a bunch of startups out there that are making a fair amount of progress.”

And if you hear the way that some of the people involved in developing flying cars are talking these days, we might see these passenger drones being tested over cities within three years.

“Just like artificial intelligence, flying cars have been promised for decades but are actually arriving now,” Jeff Holden, chief product officer for ride-hailing company Uber Technologies, said Tuesday at a conference in Dallas about the future of what Uber prefers to call "urban aviation." “We have a lot of work to do though [and] this isn’t going to be easy.”

Uber isn’t alone in this effort. Last week Dutch startup PAL-V began taking $10,000 deposits for its $400,000 flying car, which resembles a three-wheeled motorcycle-helicopter. This follows a similar move by Massachusetts-based Terrafugia, which is producing a flying car that resembles a miniature passenger aircraft with folding wings. Both companies say they’re on their way to developing vertical landing and takeoff vehicles that will be approved to drive on roads as well.

Uber has said it wants to test flying cars by 2020. The company is working with aircraft manufacturers, real estate companies and ChargePoint, which builds and installs charging stations for electric cars, to establish an urban aviation infrastructure to send Uber’s services into the sky via autonomous flying vehicles, which would allow for pilotless air commutes. Transportation officials in the Dallas-Fort Worth metro area and Dubai have agreed to work with Uber to test vehicles in their cities. Both Uber and Lilium, a German flying carmaker, want to develop self-flying vehicles to avoid the need for hiring qualified pilots.

If all of this seems to you a bit wild and unsafe, you aren’t alone.

The results of an online survey released this month by Michael Sivak and Brandon Schoettle of the University of Michigan's Transportation Research Institute showed significant public concern about the technology. While 75 percent of the 508 U.S. adults that participated in the survey said shorter travel time was the main reason for their interest in the technology, 62 percent of respondents said they were “very concerned” about safety issues, especially about being in one of these vehicles during poor weather, and nearly as many cited pilot qualifications as another issue.

Indeed, building the technology for flying cars is now a faster process than establishing the rule book for using them safely. The Federal Aviation Administration is currently working to set up some guidelines for the use of drones and is now tackling similar issues with flying cars.

“We're already working on automation in unmanned aircraft ('drone') systems that may ultimately have applications for autonomous 'flying car' designs,” a spokesperson for the Federal Aviation Administration told Salon by email. “We have discussed certification projects with several manufacturers of aircraft that will be flown with a pilot in the beginning, then be converted to an autonomous passenger air car in the future.”

In addition flying cars will face state and city regulations, and the U.S. Department of Transportation, as well as its National Highway Traffic Safety Administration will set up rules for any aircraft designed to fly and drive on roads.

Juliussen said he thinks it will take a while for these vehicles to be deployed at any massive scale, particularly for the purposes of offering city commuters a quick flight to the airport or a jump to a nearby city.

“You’ll see them first in suburban areas,” he said. “They’re initially going to be toys for the wealthy and for people to have bragging rights.”

But even Juliussen’s more conservative forecast sounds compelling: He thinks it will take about 10 years before we see these new types of aircraft take to the skies in some places. Once that happens, deploying them as air taxis won’t be far behind.