"I inherited all the pop culture that was handed down to us. Why that hair?" wondered Rush about Albert Einstein 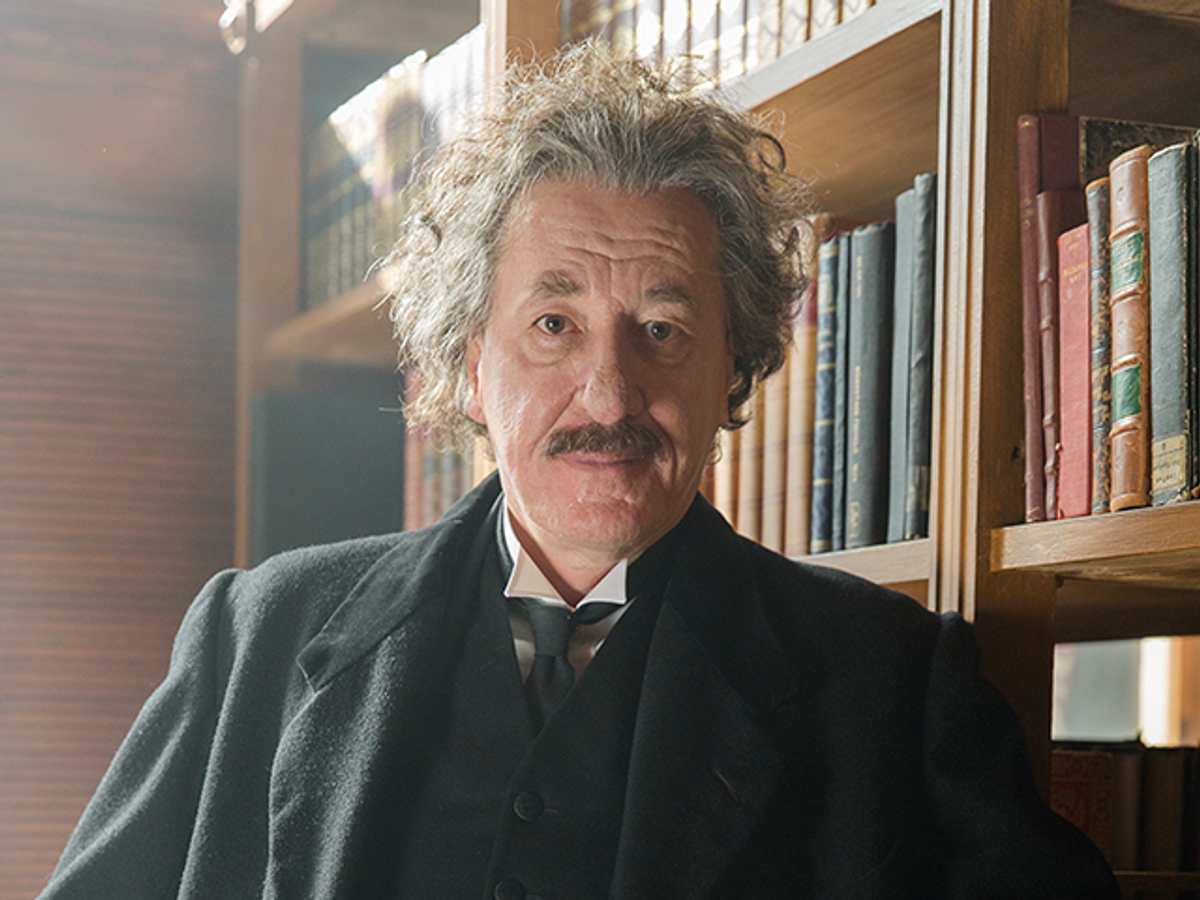 What did Geoffrey Rush and Emily Watson learn about Albert and Elsa Einstein in their new series about the famous couple — Genius — that they didn't already know? "Most of it," said Rush. "I was four when he died. So I inherited all the pop culture that was handed down to us. Why that hair? I still can't quite figure it out."

Watson said she felt Einstein's second wife Elsa, who she plays in the series, helped cultivate the "crazy professor" look, and, added Rush, "He would have found going to a barber a waste of valuable time when he could be daydreaming and thinking."

As for the Einstein's relationship, "They were always at loggerheads, always against each other. . . but in another way, they were very tight," said Watson.

Rush, who has played opposite Watson (his "movie wife" three times over) before, said he learned the broad language strokes of all the complex mathematics that are part and parcel of Einstein's theories, and faked the rest  - especially in a cinematic theoretical disagreement with his peer, the Danish physicist Niels Bohr.  "I just needed to talk to the Czech physicists we had on set in Prague, and say, "I'm pretty sure I know what all this means, but where do I put the emphasis, just so I get the argument part right," he explained. "I just had to panel-beat the text into my tired old actor's brain, and pretend I knew what I was talking about."