Congressional Republicans are unimpressed with Trump's tax plan: "Not even close" to tax reform

One bipartisan think tank estimates a $5.5 trillion loss in revenue over the next decade under Trump's plan 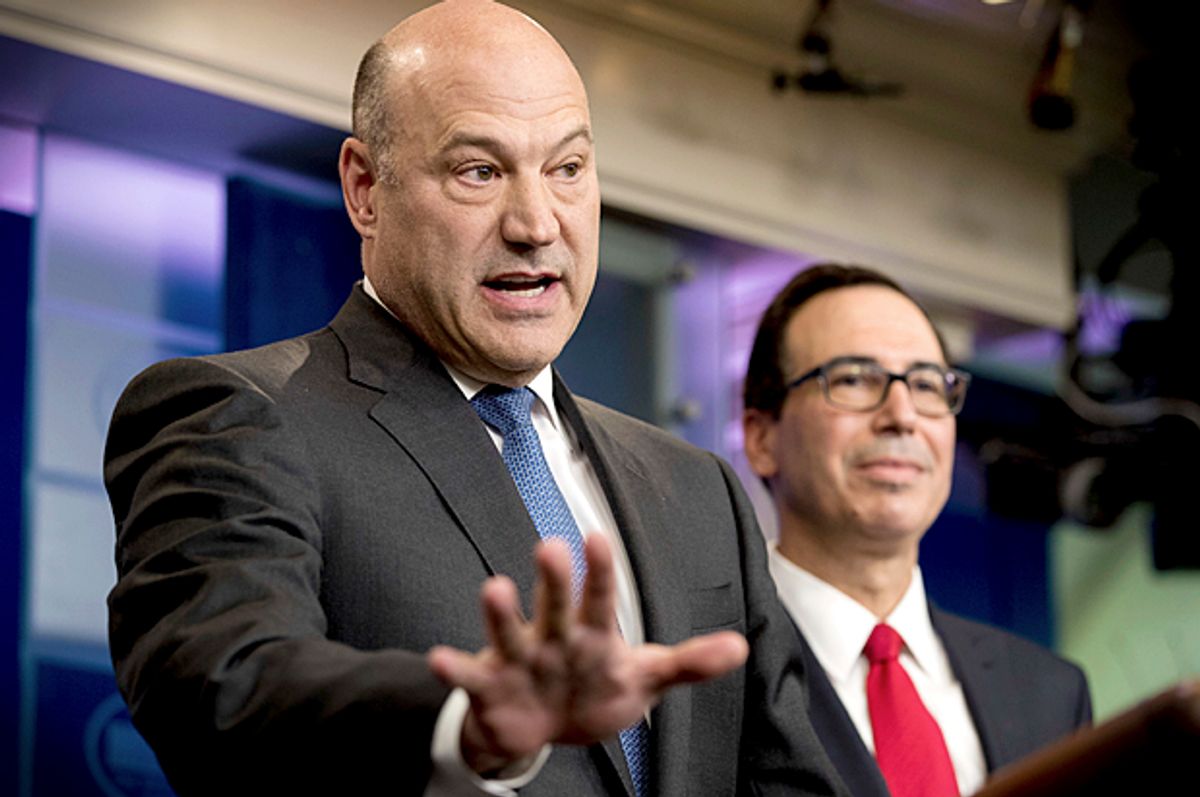 President Donald Trump ushered in a new era of tax reform on Wednesday when the White House released a one-page memo detailing his tax plan, but not every Republican was celebrating the plan. Some Republicans on the Hill are indicating that the rollout was the result of a chaotic process.

According to CNN's Phil Mattingly and Jeff Zeleny:

Despite a positive public front, congressional Republicans are quietly voicing frustration that President Donald Trump's big tax announcement Wednesday emanated from a disjointed process — and lacked crucial components necessary in the push to secure the first major tax reform in more than 30 years.

One GOP aide told CNN, "It's not tax reform. Not even close."

Disappointment in the plan apparently stems from the fact that the administration shut out Congress in the process. Congressional aides told CNN that the White House insisted on heading tax reform alone to win positive headlines before Trump's 100th day in office.

"We get that they want make a big show of leading the way on this, but that's not how this is supposed to work," one aide told CNN.

The White House, for its part, defended the tax proposal.

"This isn't going to be easy. Doing big things never is," Gary Cohn, director of the White House National Economic Council, said. "We will be attacked from the left and we'll be attacked from the right, but one thing is certain: I would never, ever bet against this President. He will get this done for the American people."

Outside the government, independent public policy organizations are underwhelmed by Trump's tax plan as well. The Committee for a Responsible Federal Budget said in a blog post that the plan includes zero details as to how the government would pay for the proposed tax cuts.

"Based on what we know so far, the plan could cost $3 to $7 trillion over a decade – our base-case estimate is $5.5 trillion in revenue loss over a decade," the post said. "Without adequate offsets, tax reform could drive up the federal debt, harming economic growth instead of boosting it."