Meanwhile, more than 11,000 jobs have been offshored 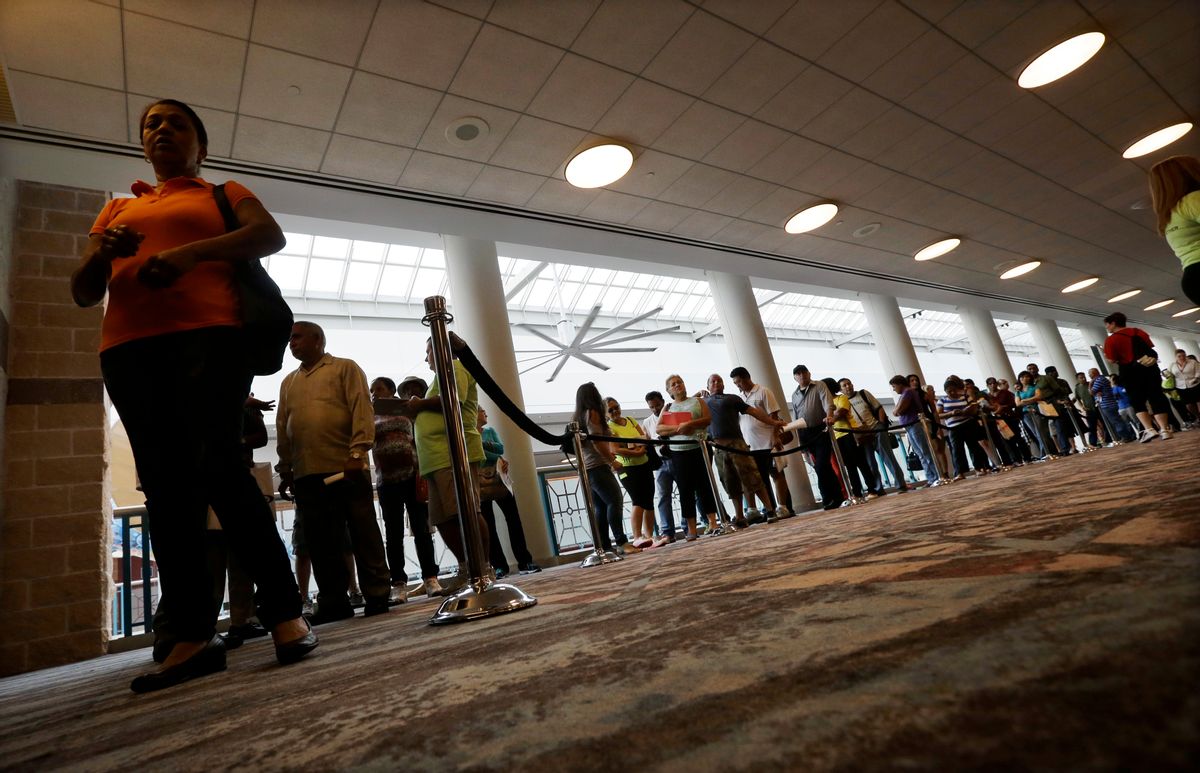 On the campaign trail Trump endlessly promised to bring jobs back to the U.S., and during his address to Congress in February, he doubled down when he promised to bring back millions of jobs. In his first 100 days, the president claims on his website that has created over 500,000 jobs, but the real number is roughly 317,000, according to Politifact.

The net increase of jobs over the course of the last three months (April is not currently available) is 533,000. However, Trump did not oversee the job creation that occurred in January.

"The jobs report is a snapshot reflecting conditions in the calendar week or pay period that includes the 12th of the month," Jed Kolko, chief economist with the jobs site Indeed, told Politifact.

So using the data from both February and March, the U.S. economy created 317,000 jobs while Trump has been in office. But it should go without saying that regardless of who the president is, they don't deserve to be fully credited or blamed with the performance, or lack thereof, of the economy and job creation. Trump's job performance is nothing out of the ordinary at this point, with the average monthly gain being 158,500. During Obama's last year in office, the average monthly gain for the entire year was 187,000.

The economy has created jobs under Trump, but it's also shipped them overseas. To be exact, Trump has seen 11,934 Americans lose their jobs or are currently in the process of losing their jobs due to production moving overseas, according to ThinkProgress. When the president tries to act like a job creating machine, he's most likely being misleading.

When Trump rolled out his tax plan on Wednesday, Treasury Secretary Steve Mnuchin stated it was "all about jobs, jobs, jobs," but it's still quite unclear whether or not job creation, or investments will actually surge.