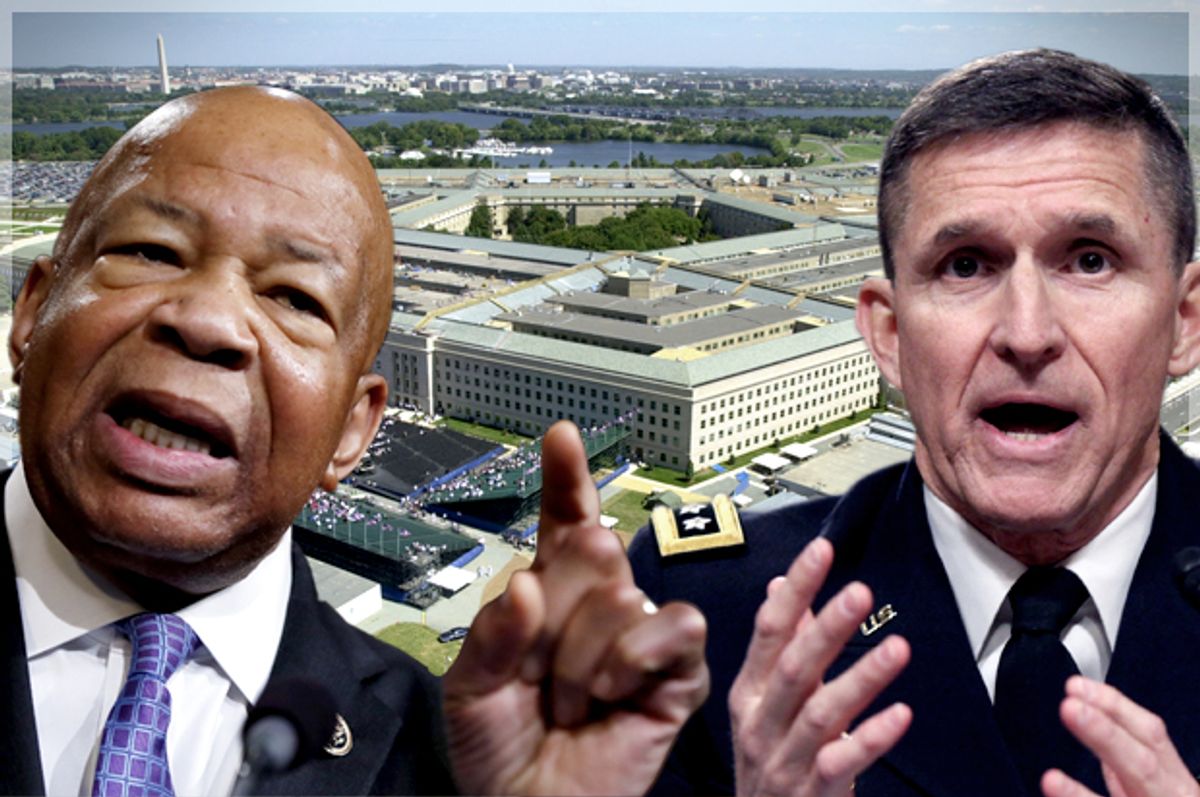 In a letter addressed to Republican Chairman of the House Oversight Committee Jason Chaffetz, the Pentagon’s top watchdog announced that he had launched an investigation President Donald Trump's ousted national security advisor Michael Flynn's failure to disclose foreign payments he received from Russia.

The document was posted online by Maryland Democrat Elijah Cummings, the ranking member of the House Oversight Committee. According to Cummings, Chaffetz -- who recently announced his abrupt resignation from Congress — refused to call Flynn before their committee to testify. Defense Department Inspector General Glenn A. Fine informed Chaffetz in an April 11 letter that Flynn “failed to obtain required approval prior to receiving” the payments from Kremlin propaganda network RT for a paid speech at a 2015 Moscow gala where Flynn sat at the same table as President Vladimir Putin of Russia.

Flynn resigned in February as national security adviser after it became clear he misled Vice President Mike Pence about his phone calls with Russia’s ambassador. Earlier this week, Trump's White House refused to provide the committee with documents related to Flynn's application for a security clearance to work for the Trump administration.

At a press conference to announce the release of bombshell new documents in the investigation of one of the president's top advisors, Cummings said that the White House is “covering up” for Flynn, adding that it “makes the American people think they have something to hide.”

On Thursday, Cummings also released documentation that showed Flynn was warned by the Defense Intelligence Agency in 2014 against accepting foreign payments ahead of his retirement.

The warning “could not have been clearer,” Cummings told reporters at a press conference on Capitol Hill on Thursday.

It is illegal under the Emoluments Clause of the Constitution for a former military officer to accept payment from a foreign government without receiving prior approval from both the Secretary of Army and the Secretary of State.