"We are 6.8 percent of the way home": "The Simpsons" rips President Trump's first 100 days in office 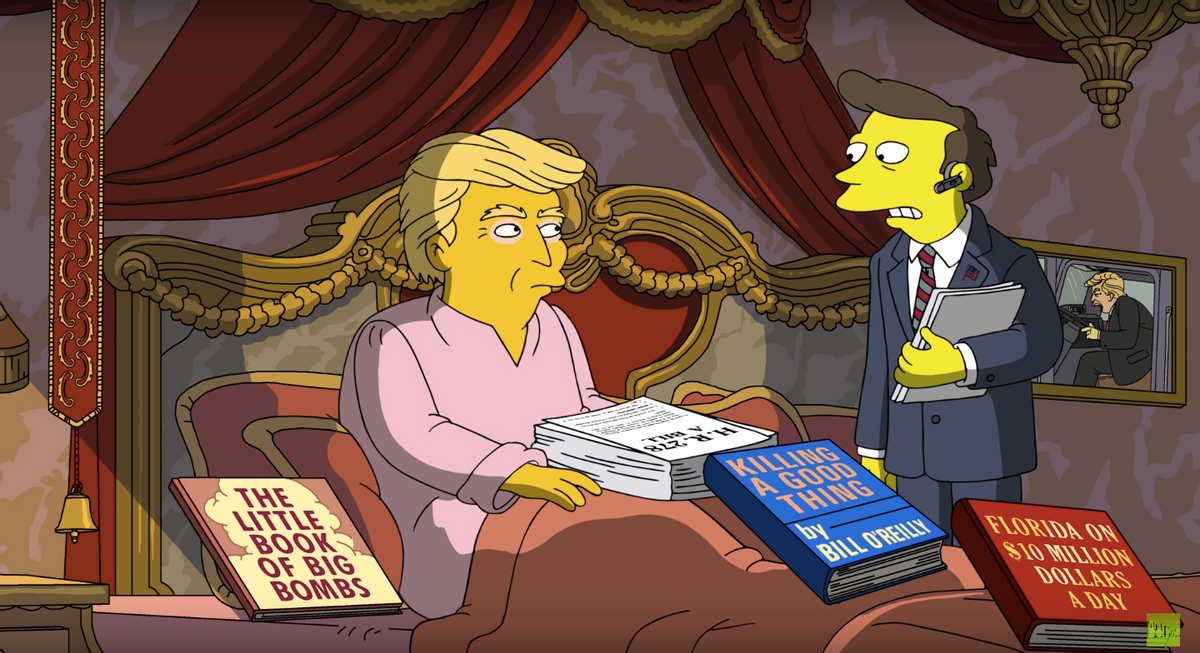 "The Simpsons" is offering an inside look into the new administration. In honor of President Donald Trump's first 100 days in office, the legendary animated show released a short video online on Wednesday that may accurately depict the White House as a haunted mansion inhabited by a dilettante.

With thunder cracking and hardwood floors creaking, the clip starts with a scary, cartoon look of the White House. Sean Spicer, Trump's press secretary, hangs from the ceiling in the briefing room with a sign reading, "I quit," pinned to his suit.

The scene then moves to Trump's private quarters, where he is on his phone reading off all of his accomplishments.

"One hundred days in office," the cartoon Trump says. "So many accomplishments: lowered my golf handicap; my Twitter following increased by 700, and finally we can shoot hibernating bears. My boys will love that."

Later in the short video, Homer and Marge Simpson are watching the news in their living room. Marge whips out a near-empty bottle of Prozac to help offset any anxiety she is feeling.

"This was supposed to last me the whole four years," she bemoans.

"Marge, please," Homer responds. "Give the president of the United States some time. He's only 70 years old."

The news anchor they are watching then says: "One hundred days. We are 6.8 percent of the way home. Paid for by Anyone Else 2020."

This release of this short video is not the first occasion the creators of the animated series attacked Trump. Last summer shortly after Trump secured the Republican nomination, "The Simpsons" released a video imagining what a President Trump would look like.

That was not even the first time "The Simpsons" foreshadowed a Trump presidency. Back in 2000, the show joked that Trump would one day become the president.