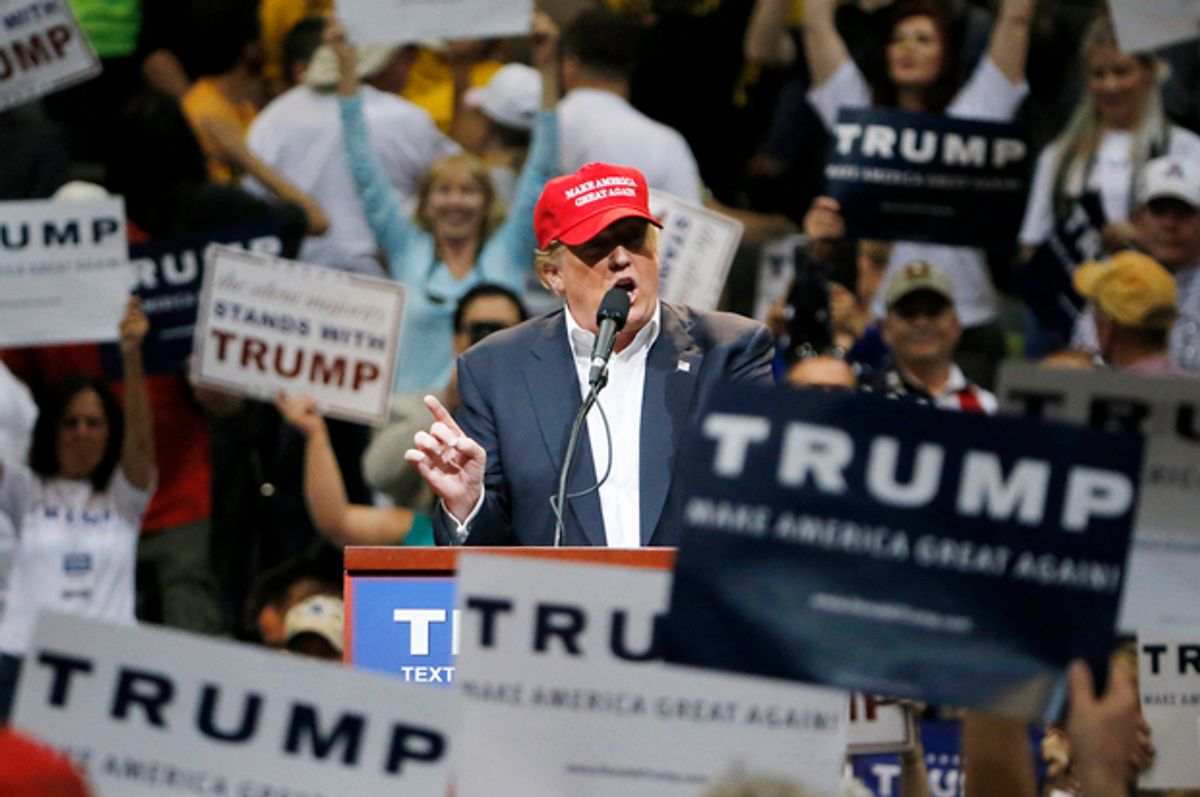 If President Donald Trump's campaign did indeed collude with Russia to defeat Hillary Clinton in the election, he may still have enough supporters to win any primary challenges in 2020.

According to a new CNN/ORC poll, 20 percent of Republican voters indicated that they would have no problem "at all" if the FBI investigation looking into contacts between the Trump campaign and Russian operatives revealed something nefarious.

The poll, which was conducted last weekend, offered voters four possible responses — major problem, minor problem, not a problem at all or no opinion — to a hypothetical that involved the FBI finding improper coordination between the Trump campaign and Russia. Almost a quarter of Republicans indicated it would be "not a problem at all" if the investigation into Trump yielded any evidence or information of treason.

Since Trump entered office, polls have found a significant shift in overall Republican opinion on certain issues. A recent Morning Consult Poll, for example, showed that 53 percent of Republicans now have a favorable view of the Iran-nuclear deal. During the Obama era, the GOP was united in its opposition to that diplomatic solution. But now that the Trump White House has thrown some tepid support behind the agreement, Republicans have seemingly gotten onboard.

In an Economist/YouGov poll released in December, voters that identified as Republican showed a growing fondness for Russian President Vladimir Putin.

As Trump's first 100 days comes to an end, the only thing we may have learned from all of this is that it really does not matter how well the president performs.