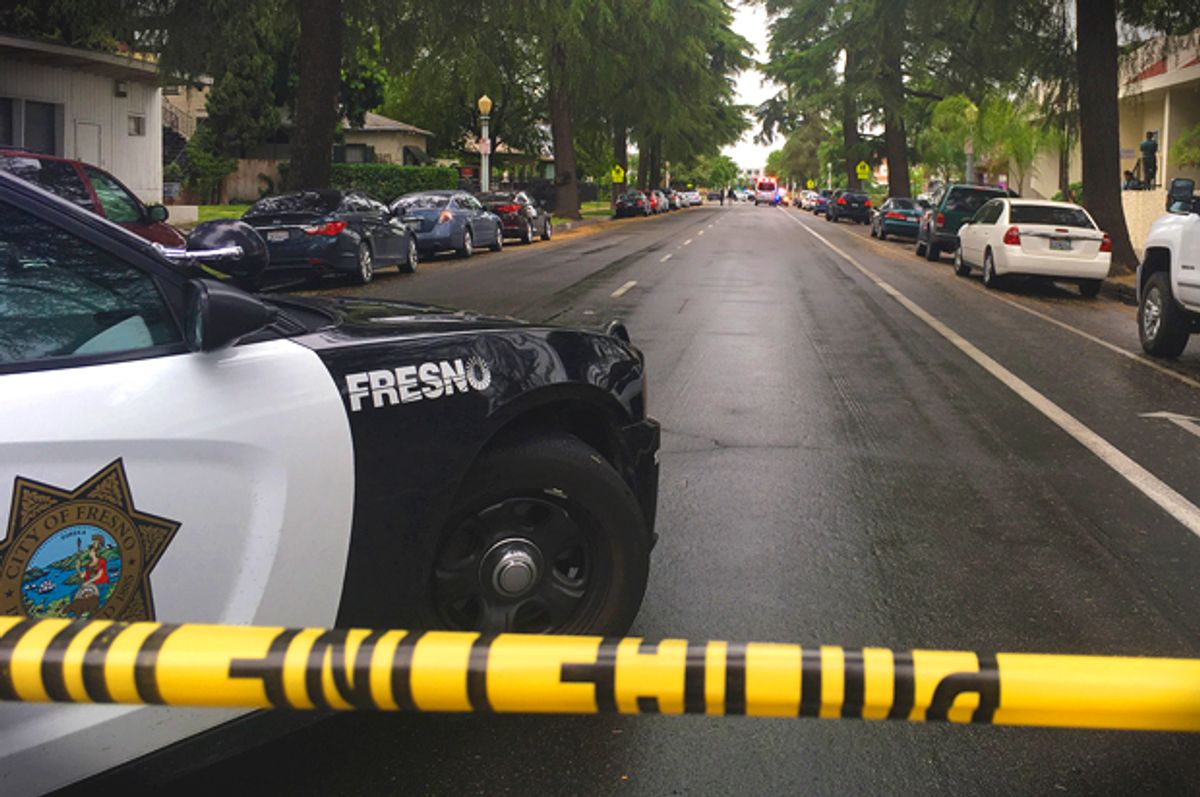 I have been writing professionally about such topics as race, politics and culture for more than 10 years. In that time, I have received many emails from readers. Some of them are requests for help or advice. Other emails contain kind words of support and appreciation for my work. Some emails are critical — albeit in a fair and reasonable way. There are also emails from people with specific questions about what they can do to fight against racism in their own communities.

Since I am a proud member of the working class, my values dictate that I try to answer all these emails whenever possible: People have taken time out of their day to read my essays.

Of course, there is also the hate mail. For those of us who follow Ida B. Wells-Barnett's command that “the way to right wrongs is to turn the light of truth upon them,” such responses are a given.

I almost always ignore my hate mail. Except perhaps as fodder for mockery or a reminder that white supremacy is a real and dangerous thing that threatens the common good on both sides of the color line, such communications are of little use to me.

While I do not presume to speak for others who write about race or social justice more generally, I believe that such a decision-rule is common. The goal of our detractors is to distract us and thus win by creating a state of sheer exhaustion.

To be focused on my work, I must carefully manage and conserve my energy. But I also believe that those of us who have earned a public platform should also do our best to be transparent about the values and beliefs that motivate and guide us. In that spirit, I find it can be useful to engage in a public moment of critical self-reflection.

About a week ago in a heinous act of violence, a black man named Kori Ali Muhammad allegedly killed three white men in Fresno, California. Police and other law enforcement officials believe that this was a hate crime. I have received several emails about this incident. They contain demands that I write about Kori Ali Muhammad and his evil acts. These emails also suggest that I — along with other "liberal" opinion writers and journalists who have been silent about this incident — are somehow "hypocrites."

These emails channel thinly veiled feelings of white victimology and grievance mongering, as well as a belief that white people in America are somehow "oppressed" — and that there is some type of conspiracy to conceal this fact.

I chose to not write about the murders in Fresno because I try to be a voice for the voiceless and the marginalized. Kori Ali Muhammad has been arrested. He will almost certainly be punished to the fullest extent of the law. As documented by the American Civil Liberties Union and other civil rights organizations, black and brown people who kill white people are sentenced much more severely than whites who kill people of color. Because of this fact, Muhammad is likely to spend the rest of his life in prison. (California has not executed anyone since 2006, but if he's convicted he might well be a candidate for this.)

Anti-white hate crimes are extremely rare in the United States. To obsess over them is an akin to Herman Melville's fictional Captain Ahab chasing his great white whale.

There are other matters more deserving of my time and attention.

Since Donald Trump's election there has been a record increase in hate crimes against people of color, Jews and Muslims. After the election of Barack Obama in 2008 as president, there has also been a large increase in the number of white supremacist hate groups.

If I were to write about the anti-white murder spree in Fresno, I would focus on Kori Ali Muhammad. I would ask questions about his family. What was his mental state? What type of person was he before he decided to kill three innocent people that day? What were his hobbies? Who were his friends? Did he have a wife, girlfriend, lover or partner? What were his politics like? Did society make him into a monster? Was he otherwise a good man before he apparently committed a horrible crime? Did his co-workers like him? Was all this shocking? Or was it utterly predictable?

These questions would humanize Muhammad.

As demonstrated by new research from the University of Missouri, those kinds of questions are an example of the narrative frame commonly used by the American news media when white people commit crimes in the United States such as mass shootings and terrorism. Although he is a black man, Kori Ali Muhammad deserves the same treatment.

I am nothing if not pragmatic. In that spirit, I offer a bargain to those people who may be upset that I (and others) choose not to write about anti-white hate crimes.

When you show the same care and concern about black and brown folks who are abused and killed by the police or white vigilantes, or victimized in hate crimes, I will write about white folks who are victims of anti-white violence in America.

If you join the Black Lives Matter movement or other groups that are fighting for the full and equal civil rights of African-Americans and other marginalized communities, I will write about white folks who are victims of anti-white violence in America.

When you renounce Donald Trump, the Republican Party and the racism, nativism, bigotry and prejudice that they collectively represent, I will write about white folks who are victims of anti-white violence in America.

When you demand that the right-wing news-entertainment media condemn the crusade led by Donald Trump's administration against people of color and Muslims, I will write about white folks who are victims of anti-white violence in America.

If you adopt a set of values and principles that embrace the full and equal dignity and worth of all people — whites and nonwhites alike — and then work to create a society where that is possible, I will write about white folks who are victims of anti-white violence in America.

Ultimately, I doubt I will have to change how I choose to write about race and justice. Why? Because the people I am addressing are incapable of doing the basic things I suggested above. White supremacy and white privilege are their legacy, lived tradition and inheritance. To betray those values would mean to surrender an important part of who they are — and who too many others in "White America," as shown by the election of Donald Trump.

I am calling your bluff. Please prove me wrong.